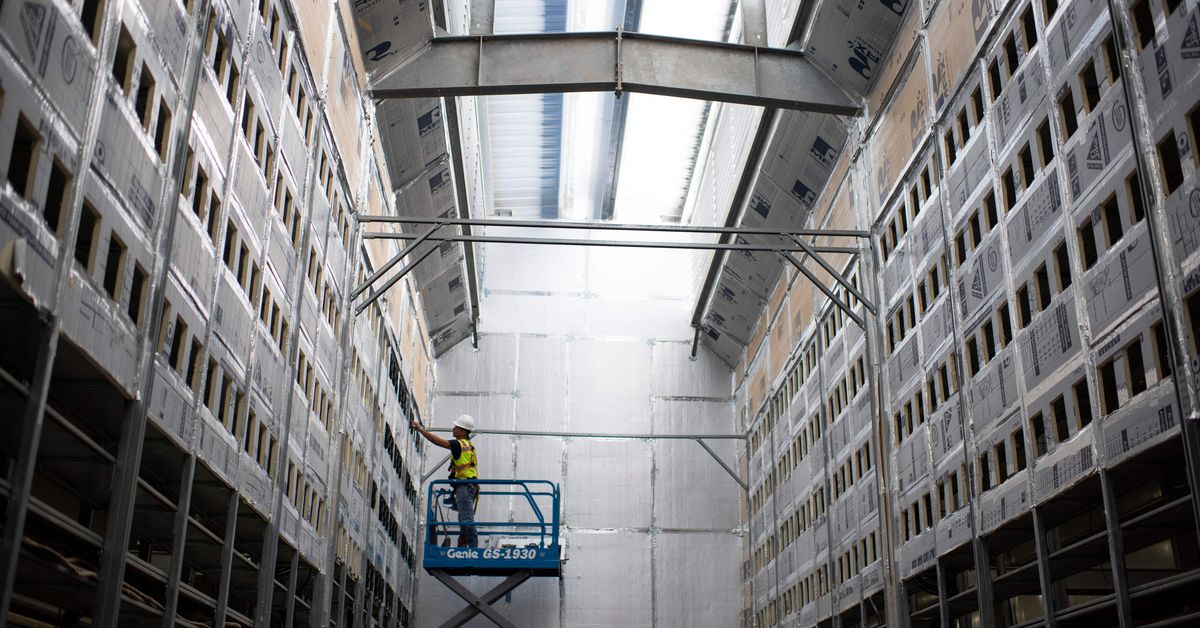 Crypto industry operations in the US use about as much electricity as all of the nation’s home computers combined, according to a report released today by the White House Office of Science and Technology Policy. The report paints the clearest picture yet of what crypto operations are costing both power grids and the environment in the US. It also lays out some potential actions the Biden administration could take to address these challenges.

Democratic lawmakers in particular have been worried about whether the crypto industry that has exploded in the US over the past year might derail climate goals. And as extreme weather pushes power grids to their limits across the US, there’s growing concern that the most electricity-hungry cryptocurrencies could put even more strain on already vulnerable energy systems.

Crypto asset operations use between 0.9 and 1.7 percent of the US’s total electricity use, according to the new report. And burning through that much electricity generates greenhouse gas emissions that are heating up the planet. Crypto asset activity in the US is responsible for about as much greenhouse gas pollution as all the diesel fuel used on the nation’s railroads, the report says. That’s 25 to 50 million metric tons of carbon dioxide per year, or 0.4 to 0.8 percent of total US greenhouse gas emissions.

The data in the report includes cryptocurrencies, NFTs, and other tokens using blockchain technologies. But there’s one particular technology that’s driving most of these challenges: it’s a kind of security system called proof of work that currently underpins the largest cryptocurrency networks: Bitcoin and Ethereum.

Proof of work gobbles up most of the energy that the crypto industry uses. With proof of work, crypto “miners” race to solve puzzles for the chance to validate blocks of transactions. Those blocks get added to the blockchain, and the miners receive new tokens in return. This system incentivizes miners to ramp up their computing power for a better shot at winning that reward.

All that computing power is what makes blockchains like Bitcoin and Ethereum so energy hungry. Fortunately, there are other newer blockchains that have found different methods that use a fraction of the energy to verify transactions. Within weeks, for instance, Ethereum is expected to switch over to one of those new methods. The Merge, as the highly anticipated transition away from proof of work is called, is supposed to cut Ethereum’s energy consumption by up to 99.95 percent.

But as long as Bitcoin sticks with proof of work and remains the dominant cryptocurrency, then crypto miners will continue to pose problems. In the US, they’ve driven up electricity bills in communities where they’ve set up shop. All the hardware they use adds to piles of e-waste. And as long as fossil fuels dominate the US’s electricity mix, then energy used for crypto mining will generate air pollution that heats the planet and harms local air quality.

Some crypto mining operations have even revived aging coal and gas-fired power plants that were otherwise expected to shut down. That could derail the US’s efforts to combat climate change. “Restarting coal and other fossil fuel plants erodes some of the progress that the United States has made” in cutting down greenhouse gas emissions, the report says.

China used to be the home base for the majority of Bitcoin mining operations. But miners fanned out across the globe after China cracked down on them in 2021. The US quickly became the new biggest hub for crypto mining, with about 38 percent of the world’s Bitcoin mining.

That’s left lawmakers scrambling to figure out how to respond to Bitcoin miners on the move. New York state became an early epicenter for crypto miners within the US. But some mining operations there are already starting to leave as state legislators begin to craft restrictions for the burgeoning industry. Texas has welcomed the crypto industry, but the influx of new mining farms places increased stress on an already vulnerable grid and could also raise residents’ energy bills.

The report urges federal agencies to take action to avoid the potential risks that come with crypto mining. For starters, it says that the Environmental Protection Agency, Department of Energy, and other federal agencies work with local policymakers and the crypto industry to develop performance standards for “environmentally responsible” crypto technologies. Those standards should push the industry to turn to clean energy while using less energy overall, the report says.

“Should these measures prove ineffective at reducing impacts, the Administration should explore executive actions, and Congress might consider legislation,” the report says. Those more aggressive moves could aim to “limit or eliminate” the use of proof of work, according to the report. That would specifically target Bitcoin if Ethereum succeeds in leaving proof of work behind.

The report also asks federal agencies to collect data from utilities and crypto miners about their energy use. In the past, it’s been difficult to suss out how much energy miners were using because many of them haven’t typically disclosed this information. The OSTP report uses figures pulled from other published research as well as estimates of energy use and emissions based on the US’s share of the world’s crypto mining.

That kind of information can be used to ensure that crypto mining doesn’t derail climate goals or jeopardize the stability of the grid. But for now, those actions are still just recommendations. A senior administration official on a press call yesterday for the report wouldn’t share details on any next steps when probed about whether the Biden administration has any plans to implement the policy recommendations outlined in the report.

The post Here’s how much energy crypto mining gobbles up in the US appeared first on The Verge.