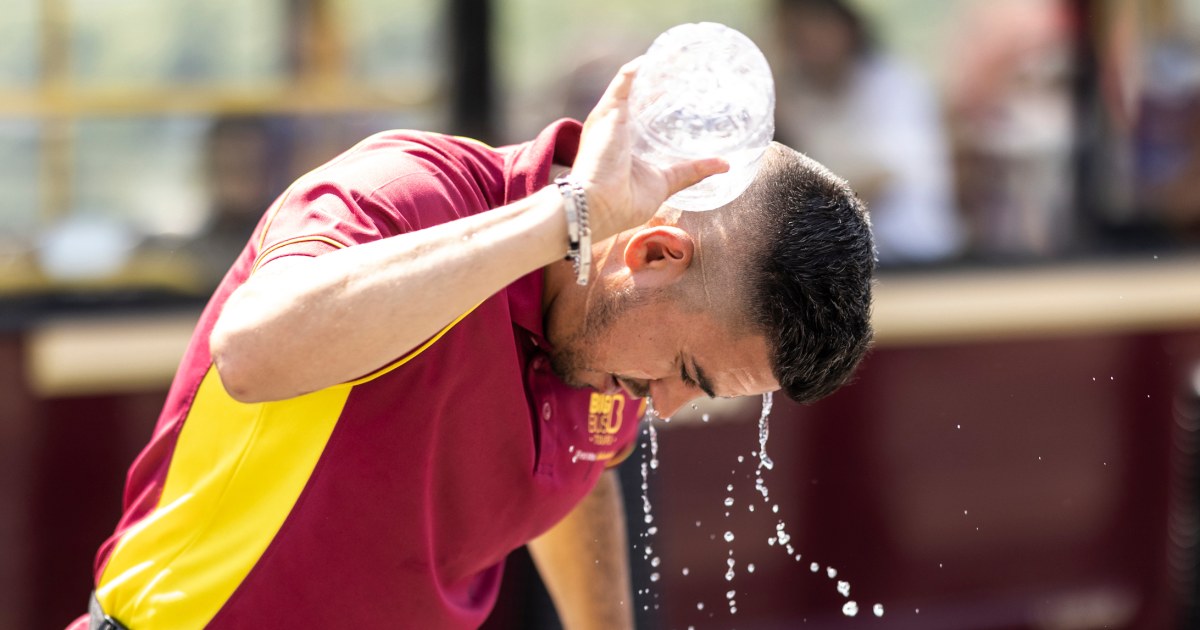 Pick a spot on Earth. There’s likely to be a climate crisis unfolding in that area right now.

Parts of North America, Europe, Africa and Asia are sweltering under extreme heat, with record-breaking temperatures baking regions of the world already grappling with wildfires and severe drought.

In the United Kingdom, a new provisional record of 104. 5 degrees Fahrenheit was observed Tuesday, obliterating the country’s previous high of 101. 6 F that was set just three years ago. France, Spain and Portugal have all been fighting wildfires in the southern part of Europe.

And this month, two melting glaciers — in Italy and Kyrgyzstan — collapsed within a week, triggering avalanches of snow and ice that killed at least 11 hikers in Italy’s Dolomites region.

Across the Atlantic, more than 140 million Americans are preparing for a blistering heat wave that is set to blanket much of the country, from central California across the Mississippi River Valley and into the Northeast.

Wildfires and record heat in North Africa have devastated the country’s grain harvest, and after a brief respite, parts of Asia are bracing for the return of triple-digit temperatures this week.

These are the kind of concurrent crises that climate experts have been warning will happen more frequently as the world warms. They are also yet another example of how climate change is already threatening people’s lives and livelihoods in every corner of the planet.

“The Earth is a big place, which is useful: If there’s a drought somewhere, people somewhere else can still grow grain to feed us all,” Bill McKibben, the author and climate activist who founded the grassroots environmental group 350.org, told NBC News in an email. “But when these kind of conditions begin to happen simultaneously in many places, our margin dramatically decreases.”

Stephen Belcher, chief of science and technology at the U.K.’s Meteorological Office, said Tuesday that he wasn’t expecting to see Britain surpass the 104 F temperature threshold in his career.

“For me, it’s a real reminder that the climate has changed and it will continue to change,” Belcher said in a video posted on Twitter. “Research conducted here at the Met Office has demonstrated that it is virtually impossible for the U.K. to experience 40 degrees C [104 degrees F] in an undisrupted climate.”

Though they are unfolding simultaneously, the heat events in the U.S. and U.K. are independent, said Ben Zaitchik, a professor in the Earth and planetary sciences department at Johns Hopkins University who studies extreme heat. But both are made more likely by climate change, which is raising temperatures worldwide as humans pump heat-trapping greenhouse gases into the atmosphere.

” What are the chances of two important things occurring simultaneously? Zaitchik stated. “The probability of these compound events is increasing. … The baseline has shifted.”

Zaitchik added that some scientific evidence suggests that changes in the jet stream could be, in part, to blame for the intensifying heat waves in Europe.

A recent study in Nature Communications identified Europe as a heat wave hotspot and suggested that heat waves were accelerating there at three to four times the rate of other northern regions.

In recent years, the jet stream has shown a tendency to split for longer periods of time, trapping hot weather over Western Europe and allowing it to linger there, the study found.

Petteri Taalas, head of the World Meteorological Organization, said Tuesday that he hopes the heat wave unfolding in Europe this week is a “wake-up call” for governments and voters to address the climate crisis. The dangers of heat in Europe have been evident for many years. As many as 70,000 more people died than expected during a 2003 heat wave that roiled the continent.

Countries with generally cooler climates such as the United Kingdom are often among those most at risk.

Officials in the U.K. have urged people to avoid travel, stay home from work and avoid the brutal temperatures. Some hospitals halted elective surgeries during the hottest days, expecting an influx of patients. We have a good heat-wave strategy. “There’s a lot of behavior modification and messaging to make people aware of heat,” Sari Kovats (associate professor of public and environmental health at the London School of Hygiene & Tropical Medicine) said. But plans are limited. About 20 percent of U.K. homes are overheating in normal summer conditions, Kovats said, adding that the country’s committee on climate change has “failed to change the building standards.”

It’s another example that suggests humans are struggling to adapt as quickly as the climate — and its risks — are shifting.

“There’s only a little you can do with behavior if the infrastructure isn’t particularly cool,” Kovats said.