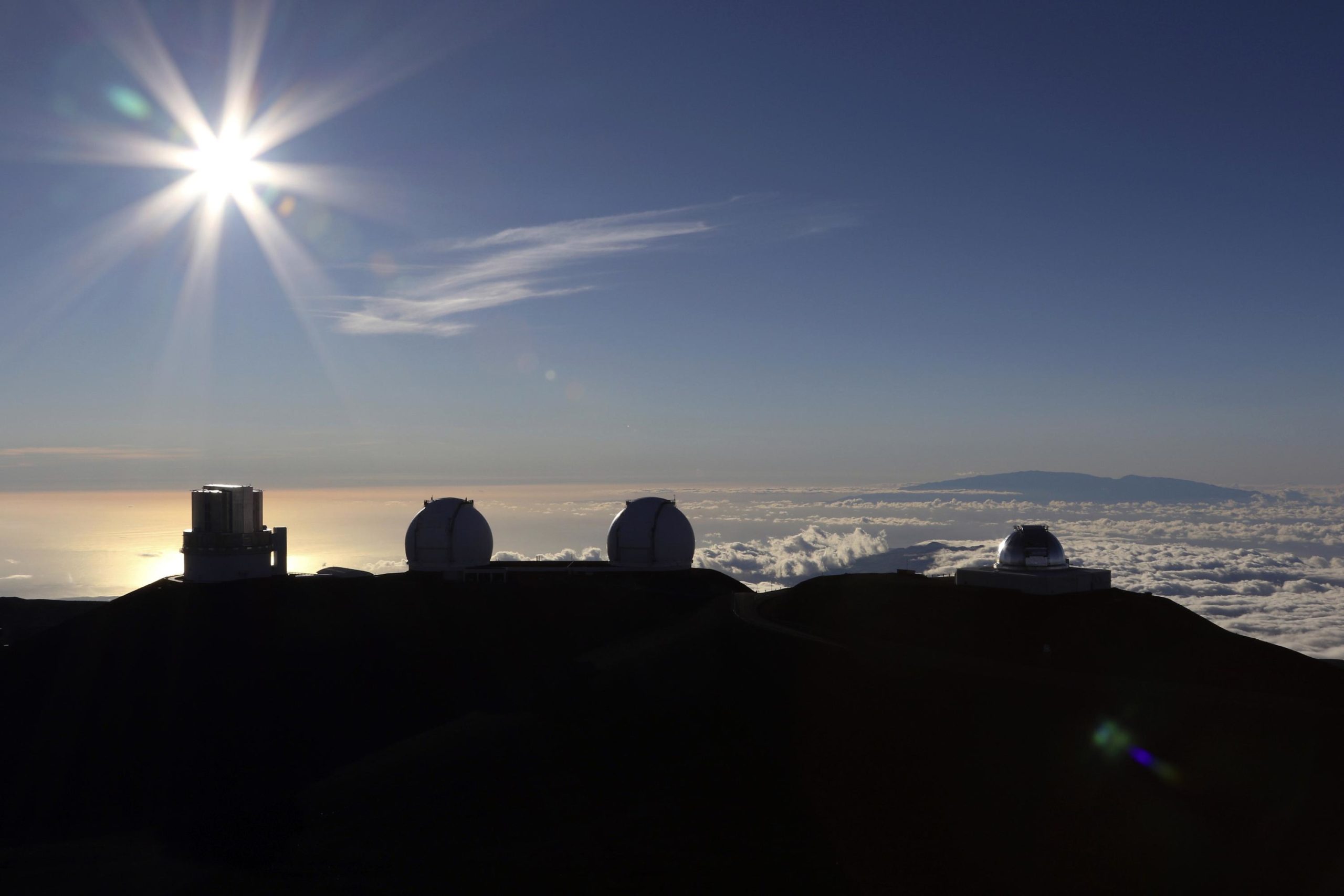 HONOLULU — For more than 50 years, telescopes and the needs of astronomers have dominated the summit of Mauna Kea, a mountain sacred to Native Hawaiians that’s also one of the finest places in the world to study the night sky. This is changing now with a state law that states Mauna Kea must remain protected for the future and requires science to be balanced with culture, environment and history. Instead of being merely advisors to the summit’s management, Native Hawaiian cultural experts will be able to vote on a new governing board.

The shift comes after thousands of protesters camped on the mountain three years ago to block the construction of a state-of-the-art observatory, jolting policymakers and astronomers into realizing the status quo had to change. There’s much at stake. Native Hawaiian activists want to preserve a place of immense spiritual significance. Astronomers hope they’ll be able to renew leases for state land underneath their observatories, due to expire in 11 years, and continue making revolutionary scientific discoveries for decades to come. Political and business leaders want astronomy in order to provide well-paying employment for the state, which has struggled long to diversify its tourist-dependent economy.

To top it all, this new authority could offer an unprecedented test case to see if astronomers are able to respect and safely study the universe in Indigenous and culturally important lands.

” We’ve been around for hundreds of years. We are not gone; we are still here. We have the knowledge to produce a more inclusive management solution,” Shane Palacat Nelson, a Native Hawaiian who helped create the report that provided the basis for the law.

At issue is the summit of Mauna Kea, which sits 13,803 feet (4,207 meters) above sea level. In 1968, the state gave the University of Hawaii a 65-year lease for land that the school subleases to leading global research institutions in exchange for a share of observation time.

Astronomers like Mauna Kea’s summit because its clear skies, dry air and limited light pollution make it the best place to study space from the Northern Hemisphere. Its dozen huge telescopes have played key roles in advancing humanity’s understanding of the universe, including making some of the first images of planets outside our solar system. Astronomer Andrea Ghez used one to prove the existence of a supermassive black hole at the center of our galaxy, for which she shared the 2020 Nobel Prize in physics. But the telescopes have caused a change in the landscape at the summit and are now causing resentment among Native Hawaiians, who consider the area sacred. The 2019 protests by people calling themselves “kia’i,” or protectors of the mountain, were aimed at stopping the construction of the biggest and most advanced observatory yet: the $2. 65 billion Thirty Meter Telescope, or TMT, backed by the University of California and other institutions.

The result is the new governing body, the Mauna Kea Stewardship and Oversight Authority, which will have a board of 11 voting members. Eight will be appointed by the governor. Gov. David Ige hasn’t set a date for announcing his nominees, who will go before the state Senate for confirmation. He said more than 30 have applied.

Palacat-Nelsen said traditional Native Hawaiian knowledge could help the authority determine how large a footprint manmade structures like telescopes should have at the summit.

“Do we take heavy steps? Do we take light steps? When do we take steps? Palacat-Nelsen stated, “What seasons are we able to take steps?” “All that type of knowledge is embedded in the majority of our stories, our traditional stories that were handed down.”

The Native Hawaiian vision of Mauna Kea includes the belief that the summit houses gods and human beings are not allowed to live there. According to a centuries-old legend, the mountain is the oldest son of Papawalinu’u and Wakea, who are the sources of all living things. The mountain continues to draw rain and clouds that provide fresh water for communities in Hawaii’s Big Island.

Lawmakers drafted the law after a working group of Native Hawaiian cultural experts, protesters, observatory workers and state officials met to discuss Mauna Kea. Their report, which dedicated a large chunk to the historical and cultural significance of the mountain, formed the foundation of the new law.

The authority is supported by several kia’i members of that group. The House speaker has nominated one kia’i leader for the board.

But some longtime telescope opponents are critical, creating questions about how broad the authority’s community support will be.

Kealoha Pisciotta, who has been part of legal challenges against TMT and other observatory proposals since 1998, said Native Hawaiians should at minimum have an equal standing on the board.

” You don’t get a say. It’s designed to create an illusion of having consent and representation in a situation where we really don’t,” said Pisciotta, a spokesperson for the groups Mauna Kea Hui and Mauna Kea Aina Hou.

Lawmakers said the pressure to address Hawaii’s telescope standoff isn’t just coming from within the state but also from the U.S. astronomy community.

State Rep. David Tarnas mentioned a report from a group of astronomers across the nation stating that there is a need for a collaborative model of decision-making with Indigenous and local communities.

“This is not just the Big Island issue, it’s not just a state issue, but I believe it’s a global issue,” said state Sen. Donna Mercado Kim. “I believe that the world is watching to see how we deal with this.”

The TMT matter, meanwhile, remains unresolved: Its backers still want to build on Mauna Kea, though they have selected a site in Spain’s Canary Islands as a backup.

The head of the University of Hawaii’s astronomy program said the authority could help his own institution if it “stabilizes the whole situation” for Mauna Kea astronomy. But Doug Simons stated that he is concerned about the possibility of the authority not being able to get the subleases and master leases renewed in the time allowed by the summit master leasing agreement.

The master lease requires that all existing telescopes be decommissioned and their sites restored to their original state by 2033 if the state doesn’t authorize an extension.

Simons stated that it would take five to six years for the telescopes to be dismantled and all associated infrastructure. That means new lease arrangements must be ready by 2027 or the observatories will have to begin winding down.

“There’s no obvious way around this,” Simons said. Simons stated that he is pressing for authority to be in place as quickly as possible, to allow for negotiation and the inevitable legal problems.

Rich Matsuda is a W.M. employee. Keck Observatory and served on the working group, urged the eventual board members to avoid being “stakeholders with narrow interests just trying to ensure that they get their piece of the pie.”

Tensions over telescope construction, he said, caused people to lock down and avoid discussing difficult issues surrounding Mauna Kea. The new law’s prioritization of the mountain’s well being may alter that, he said.

“My hope is that this gives us a chance, if we do it right, to change that dynamic,” Matsuda said.