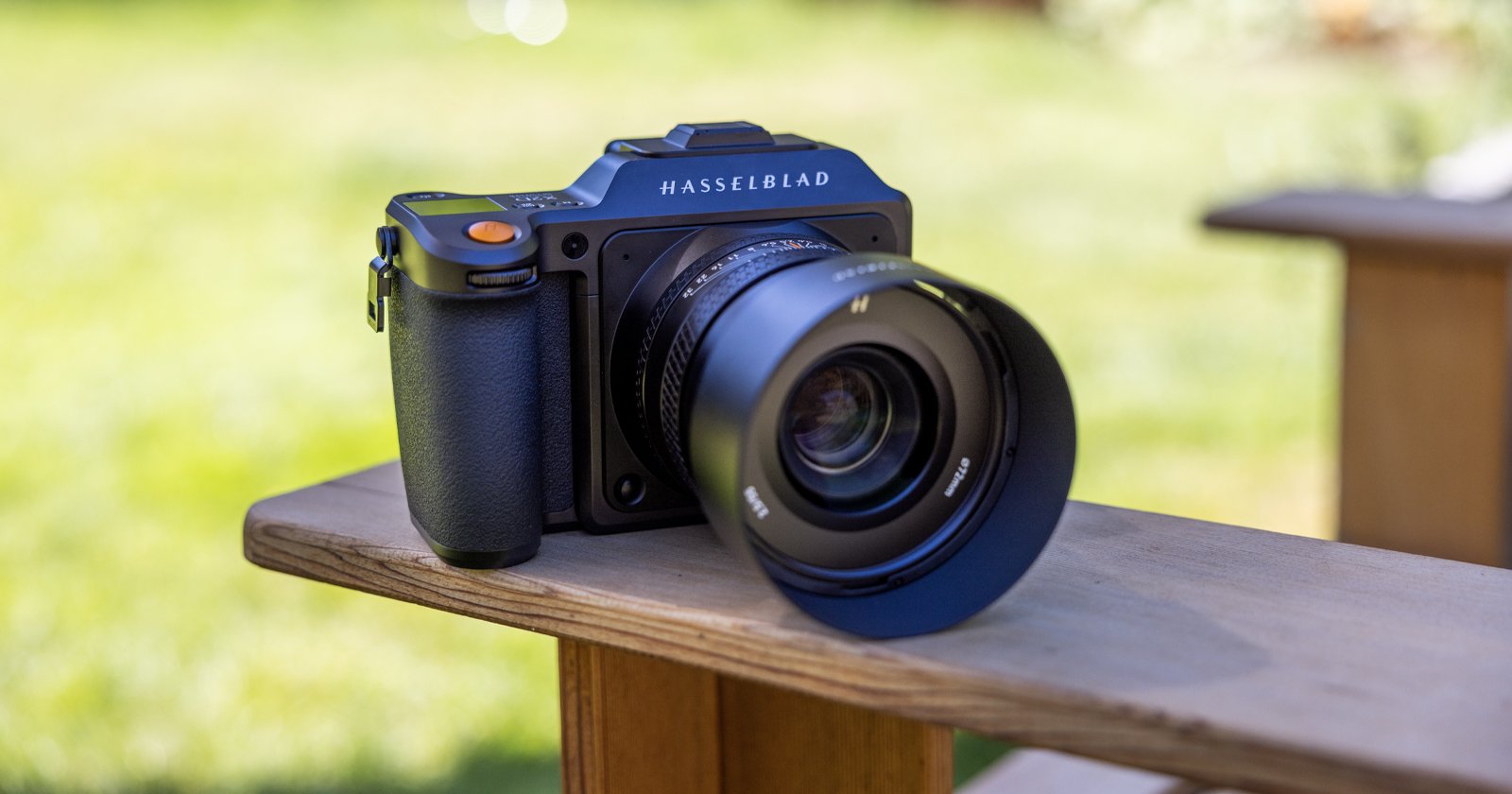 It has been a long time since Hasselblad brought a new X System medium format mirrorless camera, but those waiting for a successor to the X1D II 50C will find a lot to like about the X2D 100C.

Back in 2017, I reviewed the original Hasselblad X1D and while I absolutely adored the images that it produced and the design aesthetic of the camera body and menu system, actually using the camera was a slow, plodding, often frustrating experience. It used what was even back then a poor contrast-only autofocus system, had a painfully slow boot time, and terribly slow write speeds to a ghastly UHS-1 SD card. Even with these problems, using the X1D felt like shooting with the future.

Nearly six years after the original camera was launched, we have a camera that fulfills its core purpose. The image quality is, as you might expect, incredible and that is finally bolstered by a shooting experience that lives up to the modern expectations of a digital mirrorless camera.

Don’t get me wrong, there are still a few speedbumps on this medium format road, but they’re not so steep that they slow down my overall positive feelings towards Hasselblad’s new flagship.

Note: The Hasselblad X2D 100C we had access to is a pre-production model, and as such there are features that are subject to change with the final version that ships to customers. This is not an exhaustive or final review, as it’s pre-production.

I think what makes the X2D overall a better experience is Hasselblad’s apparent streamlined focus. The camera does not shoot video and doesn’t offer a lot of ports, so the focus is on single shots. 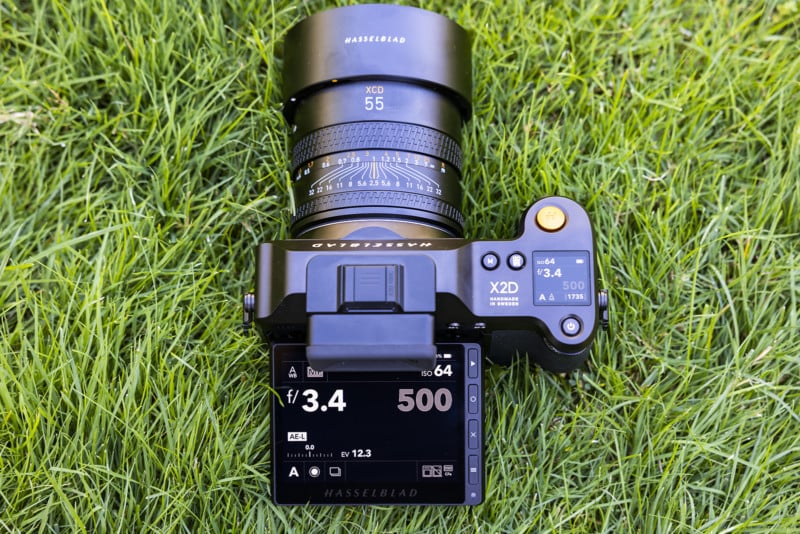 The rest of the camera experience leaves all the things I loved about the original X1D: the camera feels fantastic to hold, the menu is probably my favorite out of any camera system on the market, and the EVF and rear LCD are crystal clear and feel true to life. 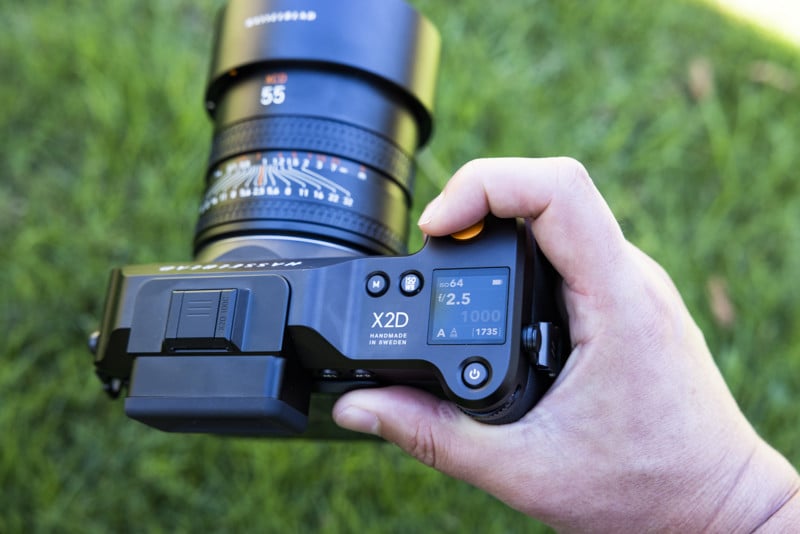 Hasselblad included a built-in 1TB SSD and while I can appreciate that, I think if the company could have left it out in exchange for making a cheaper camera, it should have. Don’t get me wrong, I like the idea of not needing to remember a CFexpress card, but at this point checking for a memory card is second nature after more than a decade of shooting digital. It’s just not something I’m going to forget.

A full terabyte of storage space is also a ton, and while yes the X2D can fill that faster than other cameras due to the massive file sizes it produces, Hasselblad could have gotten away with half that if including built-in storage was a must-have.

Shooting with the X2D is what I was hoping the X1D was like: fluid, relatively fast, and unimpeded. Basically, while you do have to expect that it runs a bit slower than something like a Sony Alpha or Canon R camera, it operates in a way that meets expectations for a digital camera in 2022 — except it’s doing it with a massive 100-megapixel medium format sensor and leaf shutter lenses. 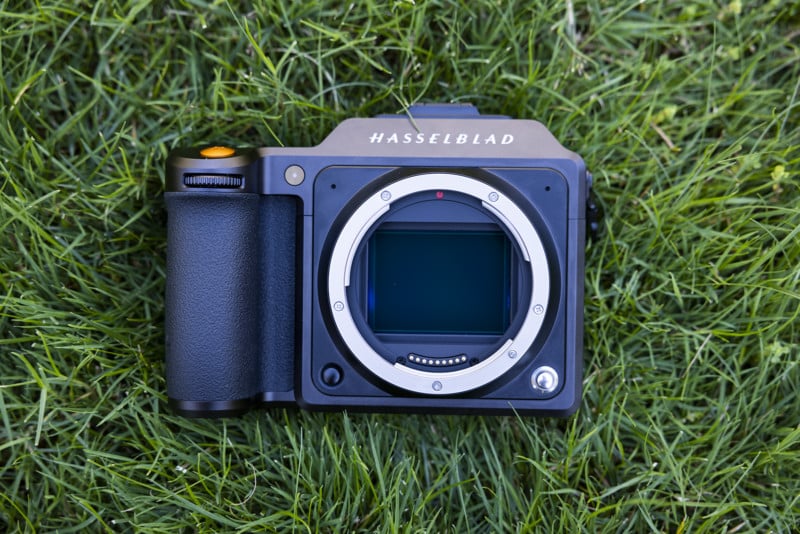 For those of you unfamiliar with the idea, Hasselblad uses what is called a leaf shutter, and rather than being housed in the camera body, it’s located in the lenses. Maximum shutter speed, therefore, is determined by whatever lens you have attached. Two of the three new XCD lenses Hasselblad announced along with this camera support up to 1/2000 second shutter speeds, while the last one can go even faster: 1/4000.

Leaf shutters are able to sync with flashes at all shutter speeds, which is a huge advantage for studio lighting. Imagine what you could do with a flash that was able to fire at maximum power while also syncing with a camera firing at 1/2000 second without relying on high-speed sync. This is the reason why Hasselblad continues to be used by many top-end studio professionals.

The focusing speed of the X2D 100C isn’t by any means fast, but it’s so much better than where we started with the X1D. Hasselblad says the camera uses a hybrid phase detection and contrast detection system and while I believe them, I think it can be further improved. Even in bright, blazing sunlight I still see the camera racking back and forth to acquire focus, which is certainly much faster thanks to the improved STM motors in the new XCD lenses, but it’s still well below the autofocus expectations set by Sony, Canon, and Nikon. I’m not fully convinced that my sample at least was using phase detection at all. 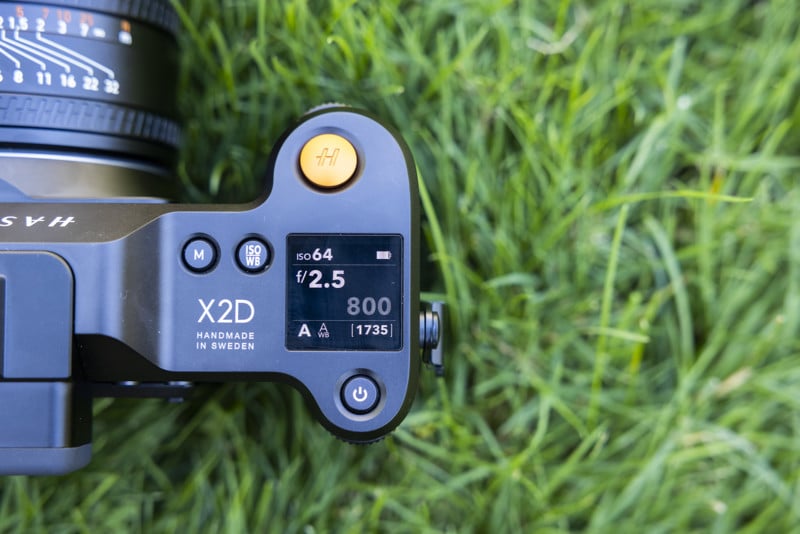 Despite this, the camera was accurate and fast enough for my purposes and I only needed to stop and really focus the camera on a subject a handful of times during my short time with the camera. I would say it was at least on par with something like a Leica SL2 or a Panasonic S series camera: not going to win any awards, but enough to get the job done.

The in-body image stabilization of this camera is probably the most impressive thing about it. I was able to hand hold shots down to 1/6 a second and still get tack-sharp photos. It wasn’t so long ago that I couldn’t take a blur-free photo with a Canon 5DSR, and yet here we are taking photos twice that size and getting perfect sharpness now.

The battery is rated for 420 photos by CIPA, and since that organization hasn’t been accurate one time since the advent of mirrorless, I fully expect it to last much longer than that. The battery never died on me in my experience with the camera.

As expected, the quality of the photos produced by the X2D are truly gorgeous. Although the colors are stunning, I find them a little muted right out of the camera. However, I love how they respond to editing and they look amazing. The dynamic range also feels in line with Hasselblad’s claims, but we’ll get more into that in a full review of the camera in the future when we also do a deeper dive on ISO performance and color depth. Since this is a pre-produciton model, we’ll reserve judgement there for now. 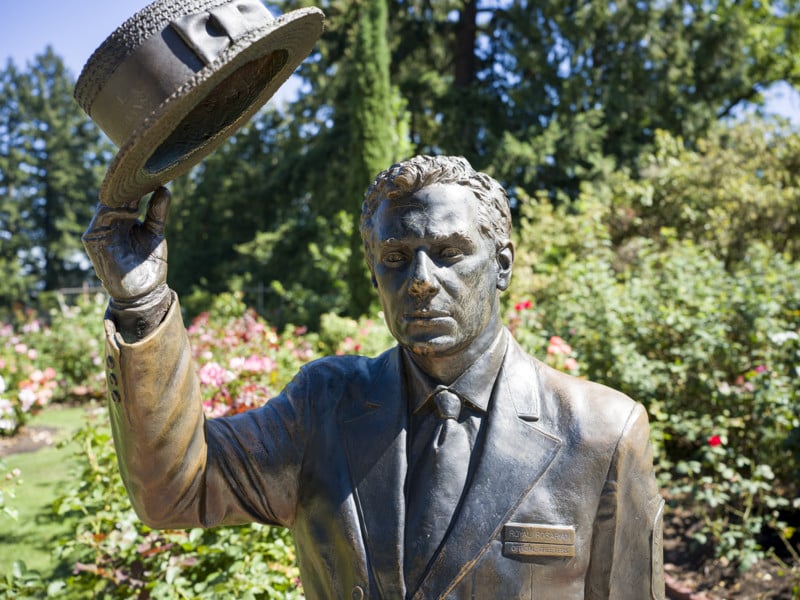 When shooting with the X2D 100C, you need to come into it expecting some serious photo data. Each RAW file is over 200 MB in size and finished JPEGs after editing were anywhere between 33 and 48 megabytes. This is a camera that you are going to take your time with, not only because it’s slower than other cameras on the market right now, but also because you have to consider how much data you’re going to need to store. Editing is also a consideration, and going through my photos was the first time I really felt like I was pushing a fully-loaded Mac Studio with an M1 Ultra in a task that wasn’t video related. 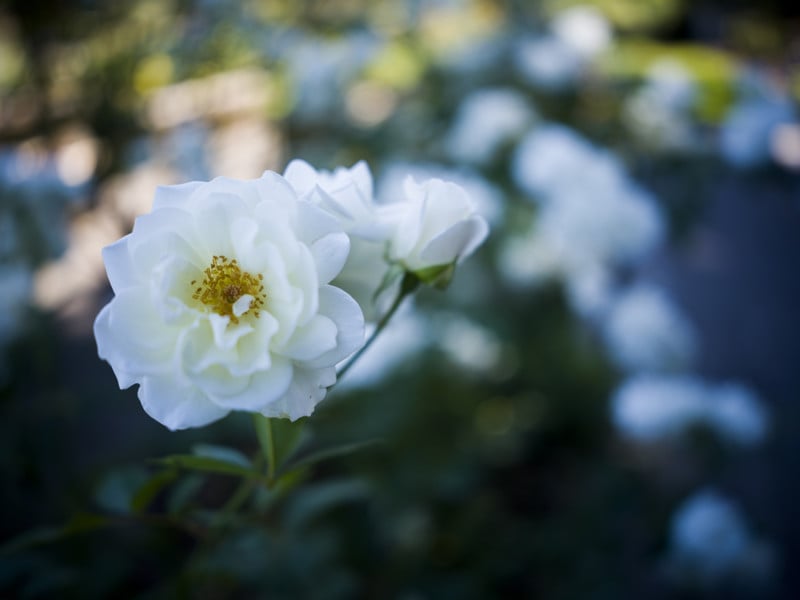 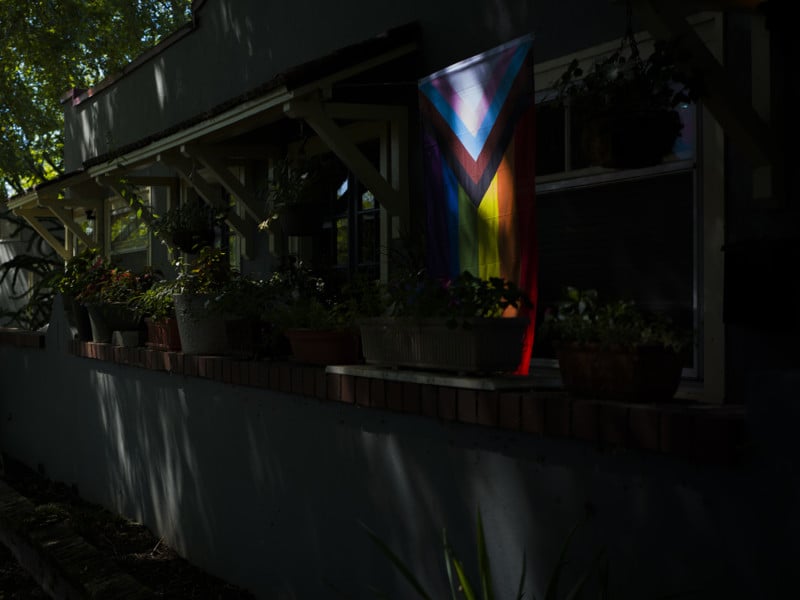 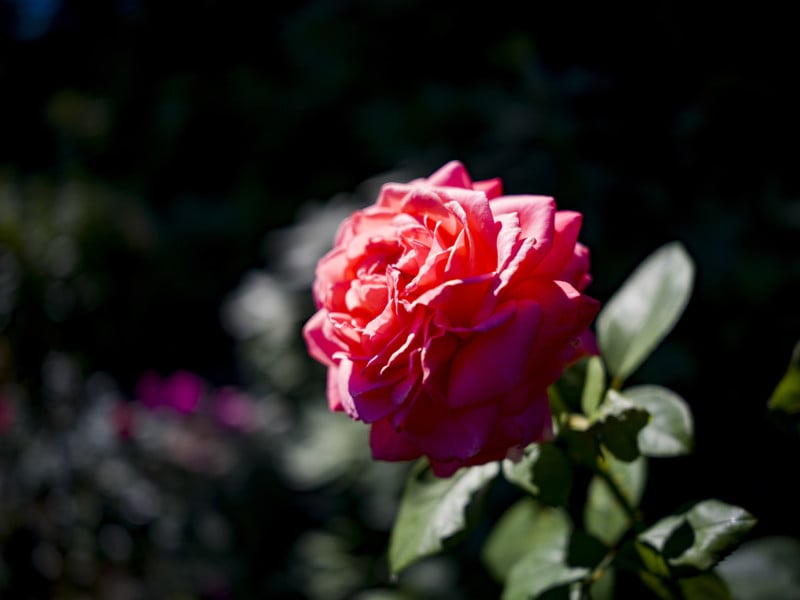 But boy, there is something special about medium format photos. You can say it’s the aspect ratio, the depth of the focus, the bokeh from the unique lenses, or even the size. I think it’s a combination of all these things, plus a bit of the “spirit” of this format that you can’t quite put to words. Even the most mundane subjects just ooze emotion. 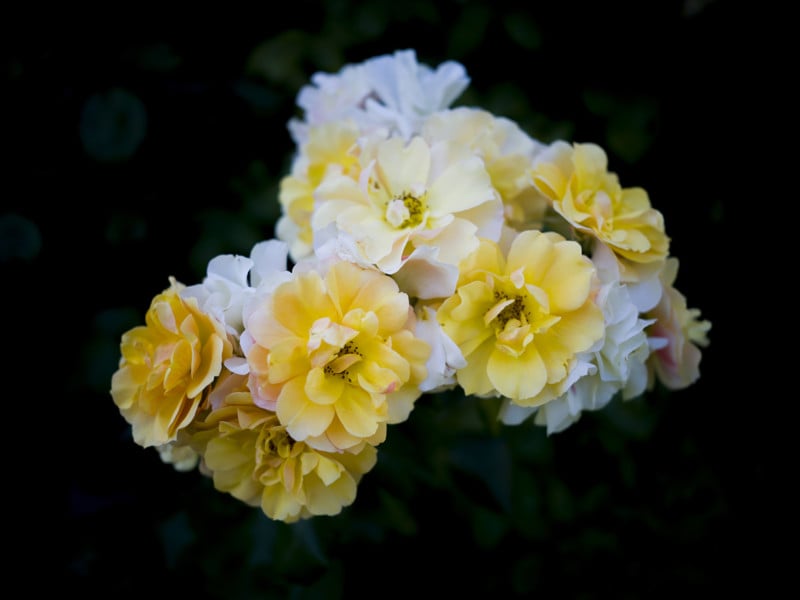 I mean, look at this: it’s a water fountain. And yet, it’s beautiful. 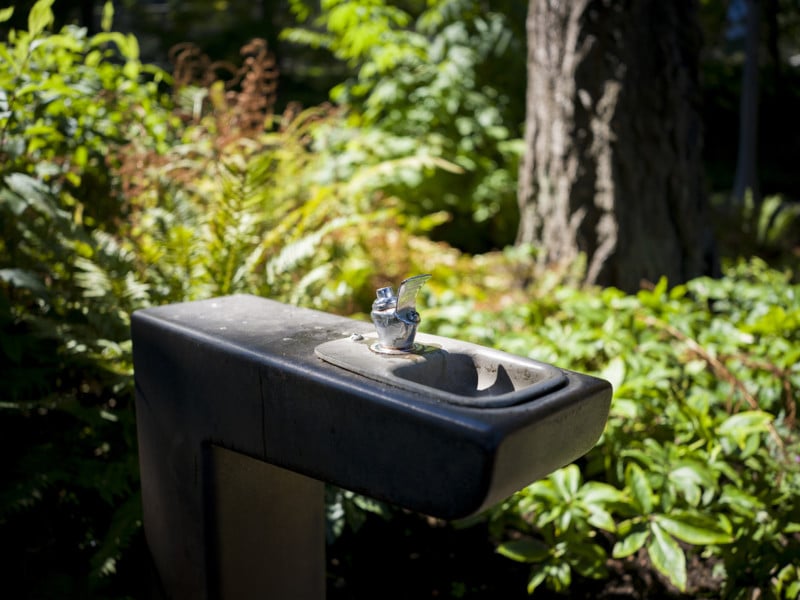 While I do appreciate a more simplified shooting experience, there do feel like a few things that should have been included at launch. The camera does not have focus peaking. This was a feature that was included with the original X1D so it’s exclusion from a camera two successors and six years later feels particularly notable. Although it does allow you to check if the object that’s being pointed at is in perfect focus, I don’t think this feature compares to focus peaking.

I mentioned that the autofocus doesn’t work super fast. This is made more frustrating by the limited number of autofocus control options available in the camera. It has a single-point AF system that is either minuscule or small — pick your poison. A taller or wider focus area would be nice. 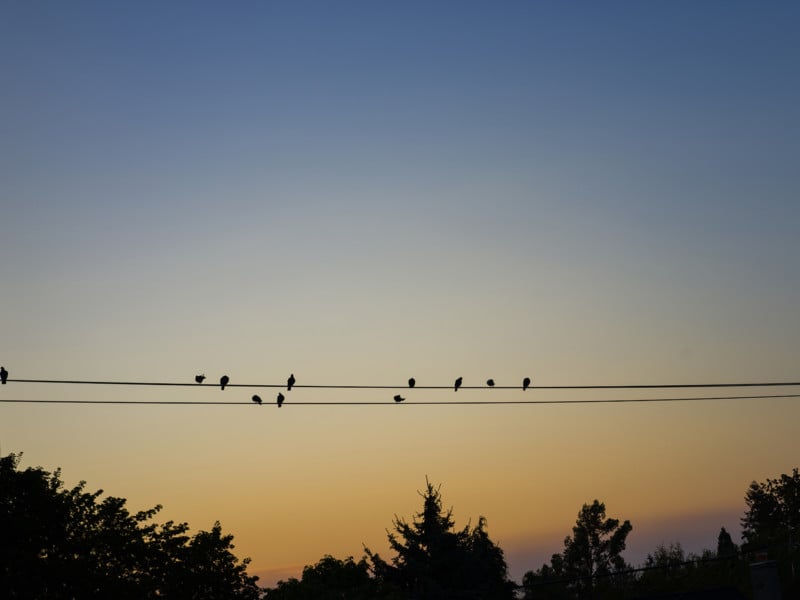 On that note, Hasselblad does say it has plans to add multiple autofocus options such as tracking with future firmware updates, but did not provide any concrete timeline of when to expect them and didn’t specifically say if other autofocus areas would come with that update.

Since there’s no rear joystick you can control the autofocus area by looking through the diopter, moving your thumb on the upper-right corner of the rear LCD and looking through it. The touch controls recognize where you’re moving and the focus point moves around to follow you. Although it works well, those with small hands may find it more difficult to reach. It wasn’t the easiest for me, for example. 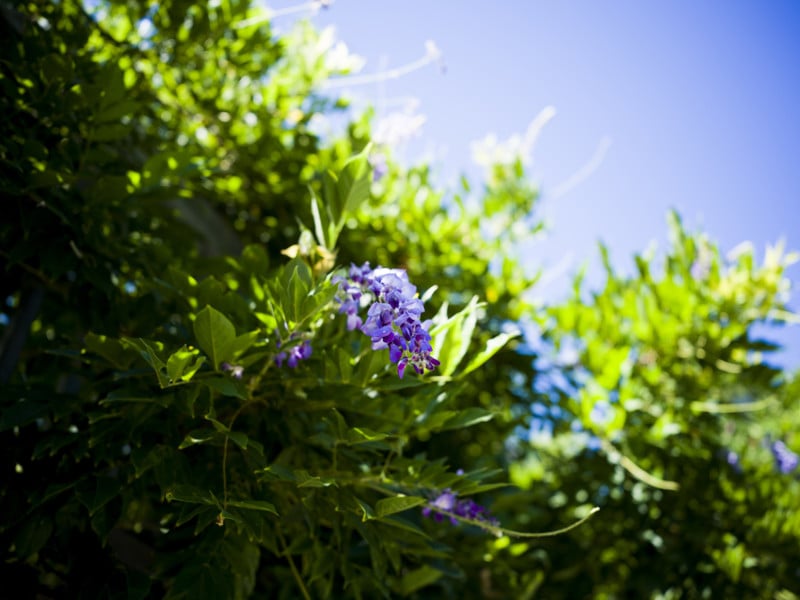 Oh, and the diopter is electronically controlled through the menu instead of via a physical dial. It works, but I would have preferred the analog option.

The lack of ports can be problematic if Hasselblad does not release support for shutter release. At launch, the X2D doesn’t support one and the only way to do remote shutter release is wirelessly via the Phocus Mobile 2 app… which isn’t ready yet. Remote firing the camera could be done by connecting to Phocus via a laptop. However, this is not practical for situations that aren’t in a studio.

The boot time for the X2D is certainly faster than Hasselblad’s previous cameras, but it’s still not fast: it takes about two seconds for the camera to come online after hitting the power button. The camera responds quickly once it is fired up. I salute Hasselblad for including what seems to be an efficient processor.

In 2016, the Hasselblad X1D was fun and exciting, but in the end impractical. It was slow, inaccurate, and expensive. Today with the X2D, we have a camera that is still expensive at $8,200, but actually does a lot to earn that price since it is much faster, a lot more accurate, and far more practical.

There are a few notable things missing from this camera to get it to the point where I would say run out and get one right away (I’m never a fan of buying something hinged on the promises of future updates), but my time with the X2D 100C has shown me that Hasselblad has created a camera that has a legitimate place in the camera market today. I fully expect Hasselblad will add more features to this camera over the next several months and the X2D 100C will be a lot easier to recommend midway through 2023 than it is now. 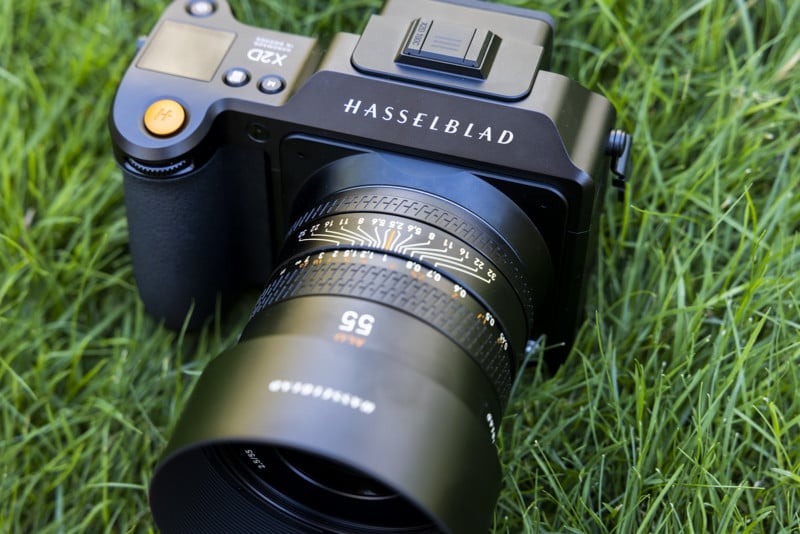 But even as it is, you have to consider what it brings to the table. It is not the only medium-format mirrorless body, but it does have leaf shutter lenses. This combination with IBIS and decent autofocus is what makes this the most powerful and versatile of all the available.

I understand that medium format is going to come with a lot of limitations, which you get in exchange for incredible image quality. I think that’s probably why I am so forgiving of the X2D 100C.

That is probably why, despite all the little things, I really enjoy using this camera. If given the opportunity, I believe most people will find it enjoyable.