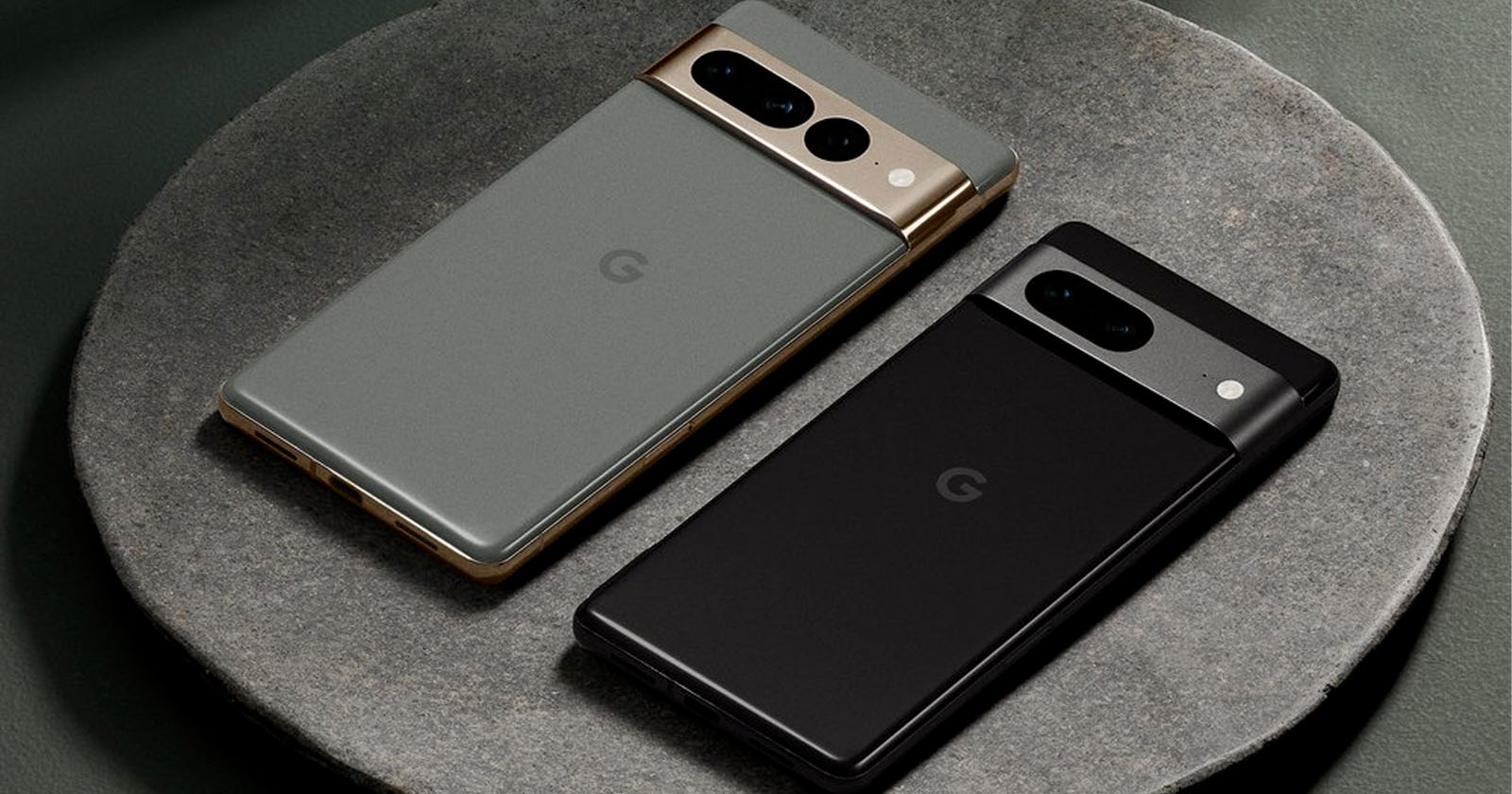 Google made it official today by launching its Pixel 7 lineup, sticking to familiar features, while also adding some extras to fill in gaps and improve image output.

As has been Google’s habit with Pixel phones, it retains many of the design principles and components of the previous generation, tweaking certain elements to nudge the newest models forward. The Pixel 7 Pro and Pixel 7 bear plenty of familiarities, though Google did address some key points to improve performance and consistency. We’ll have a review at PetaPixel to assess whether those changes make a lasting difference, but here’s what Google confirmed so far.

Familiar with a Twist

The rear camera module sports a slightly different look this time, mainly because the lenses stand out more from the outer plate, now made of metal instead of glass. It’s still a bump like before, and the rest of the back panel appears to be the same level of protection as before. You get IP68 protection for both phones, so no worries using either one in clear water for up to 30 minutes down to depths of one meter.

The Pixel 7 Pro has the same 6.7-inch LPTO AMOLED display (3120 x 1440) and a 10 to 120Hz variable refresh rate. Just the same, the Pixel 7 runs with a slightly smaller 6.3-inch AMOLED (2400 x 1080), and 90Hz refresh rate — a disappointing spec for a device of this caliber. Google claims these screens have 25% higher peak brightness, not to mention a better fingerprint sensor this time around, though only real testing will prove that.

Under the hood, Google’s Tensor G2 powers both devices, putting the company’s second-generation chipset into action. The system-on-a-chip (SoC) is the lifeblood of just about everything these phones do, and directly impact how the cameras capture images in the various modes available. It also has something to do with the new face unlock support courtesy of the new 10.8-megapixel front camera.

The only new image sensor is in the front, which not only helps improve output for photos, but is also integral to bringing face unlock to the Pixel lineup for the first time.

The rear has the same 50-megapixel primary wide camera with a 1/1.3-inch image sensor, including a f/1.9 aperture and optical image stabilization. Pixel binning still applies, so images will come out at 12.5-megapixels, and Google says it improved low-light output beyond what the Pixel 6 duo could deliver. As a reminder, the company claimed those phones were capable of a 150% improvement in bringing in more light than the Pixel 5. It’s not immediately clear if Google tacked anything on top of that output.

Night Sight is now twice as fast in capturing low-lights shots. To keep faces sharper and in focus, the Tensor G2 chip will merge shots from both the wide and ultra-wide to help make that happen. Like Magic Eraser, Photo Unblur is another feature in Google Photos that will, at least for now, be exclusive to both Pixel 7 phones. And you can apply it to older photos, not just ones you shoot with those phones.

The 12-megapixel ultra-wide and 48-megapixel telephoto are supposed to be upgraded from before, but the specs otherwise look the same. One obvious change lies with the telephoto. That prism lens is exclusive to the 7 Pro, and extends optical zoom from 4x (on the 6 Pro) to 5x, thereby expanding the equivalent focal length from 104mm to 120mm. It’s not immediately clear how much better hybrid zoom shots will be now that they’ve expanded to 30x, but given how impressive it’s been before at 10x or 20x, it could potentially produce very usable shots. 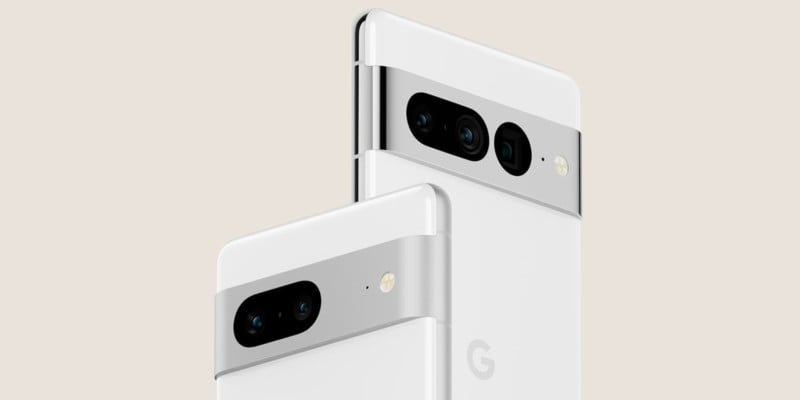 Google played this up by calling it “pro-level zoom,” which takes photos from both the main and telephoto lenses, then merges them together for the best composition and sharpness up to 10x zoom. It also results in a higher-resolution 12-megapixel shot at 2x via a mosaic computation in the background. Even with Super Res Zoom at 20x or 30x, built-in stability helps steady your hands when capturing any subject from afar.

Previous features, like Real Tone, which improves rendering for a wider range of skin tones, takes another step forward with improved quality via the Tensor G2 sensor.

Google finally found a way to integrate macro photography into its camera layout, and is aptly calling it “Macro Focus.” This mode is only in the 7 Pro, and lets you capture subjects from as close as three centimeters away. Guided Frame works with the front camera to help the blind and visually-impaired better frame and capture selfies.

Unfortunately, yet again, Google refuses to include a pro or manual mode for more granular control. You can still shoot in RAW in just about any available mode, but the available tools are still limited to the dynamic range and color temperature sliders.

On the video side, Cinematic Blur will find its way to both phones and appears to work similarly to Apple’s Cinematic Mode. It shoots in 10-bit HDR, and partnerships with YouTube, TikTok, and Snapchat add some additional integration. Better autofocus to track moving subjects for all video modes should play a role in improving one of the Pixel’s weaker links from past models.

Beyond that, Google didn’t reveal any other shooting modes or talk about changes to existing ones. We don’t yet know how Tensor G2 might impact the Action Pan or Long Exposure modes, for instance.