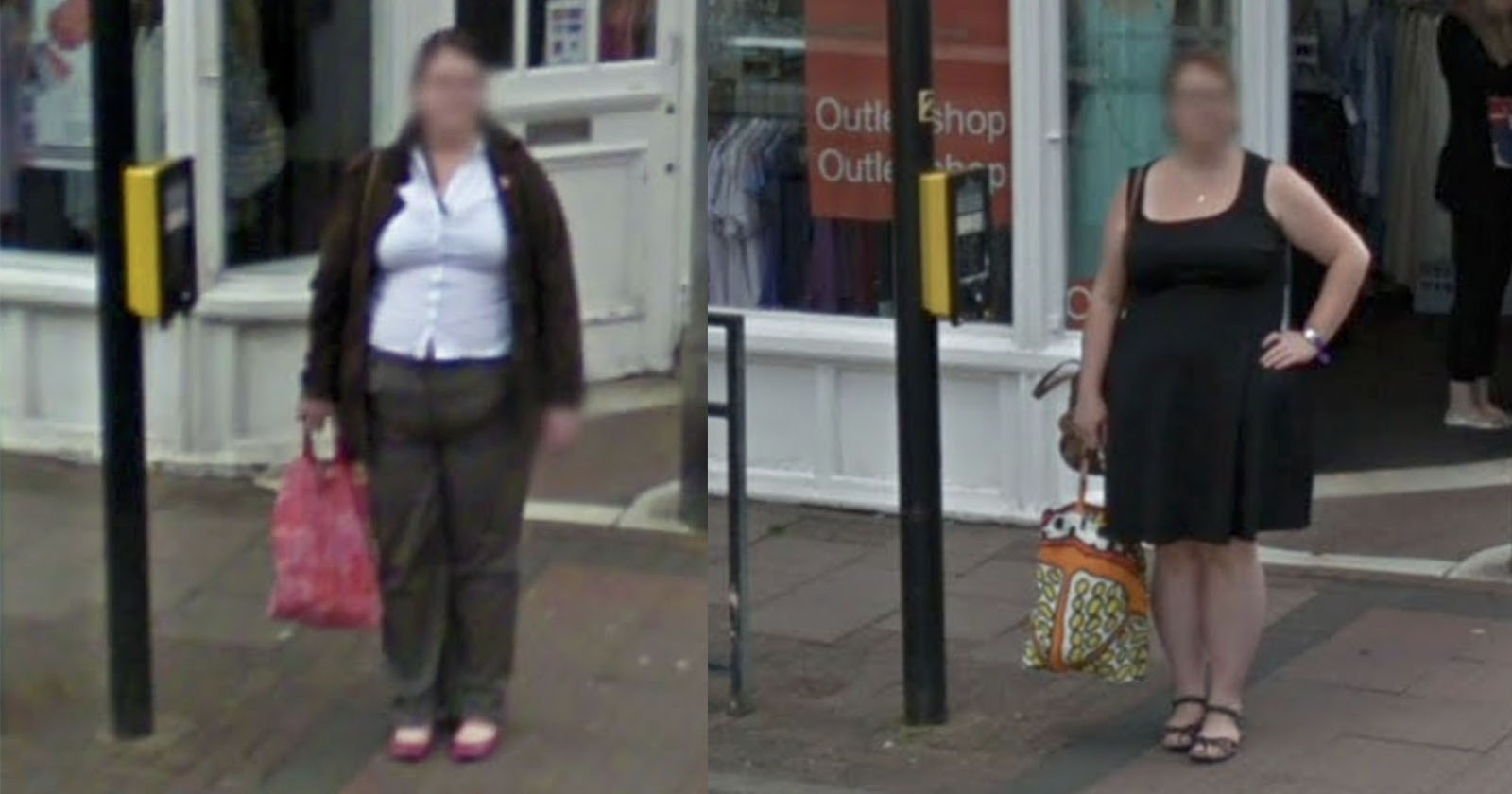 A British woman has been left “flabbergasted” after she was captured on Google Maps Street View standing in the exact same spot nine years apart.

Leanne Cartwright was caught by Google Street View’s car back in April 2009, the first entry for that particular location in Carlisle, U.K.

Being caught on Google Street View is rare enough, but in an unlikely coincidence, Cartwright was pictured again standing on the same piece of sidewalk, almost a decade later in August 2018.

“It’s like I’m frozen in time,” she writes on Facebook. “I’m standing on exactly the same paving slab and I’ve still got a bag on my shoulder. It’s so funny but so bizarre.”

“People probably think I’m a time traveler. I could be the only person in the world who they’ve caught in exactly the same place almost a decade later.”

Cartwright says that she did notice the Street View car back in 2009, which was taken during her one-mile walk to work, and found it after it was published.

“Everyone thought it was quite funny and I didn’t mind at all,” she tells press agency Kennedy News and Media.

The second photo, taken in 2018, was during her lunch hour and after discovering the bizarre coincidence Cartwright posted it to Facebook.

The Brit is even holding a bag with the same hand in both photos but says that she wouldn’t wear any of the clothes she has on in the first picture.

The 41-year-old adds that she will keep an eye out for Google’s camera cars and try to be pictured for a third time.

“I’ll be looking out for the car in the future and if I see it, I’ll have to jump on the same spot,” she says.

With the incredible amount of data that Google Street View has collected, it will quickly become a valuable historical tool that allows people to see what their home, workplace, or favorite location looked like decades earlier.

Google Earth already offers the chance to see what a landscape looked like more than 15 years ago thanks to satellite imagery, and the Street View historical feature could prove to be an extremely valuable tool in the future.