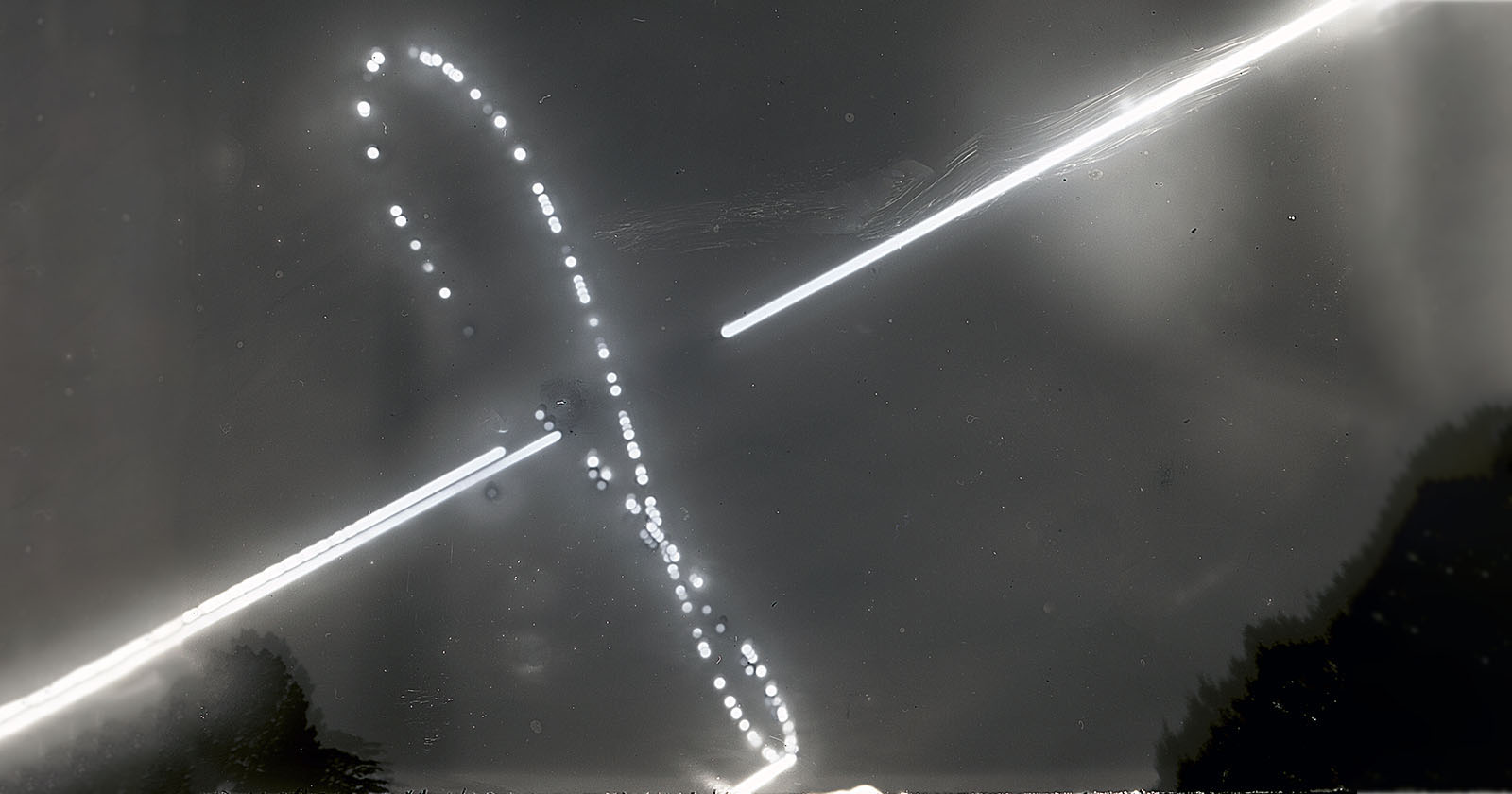 Astrophotographer Ian Griffin captured this unusual photo of a solar analemma that charts the Sun’s path over a year using a pinhole camera with a 4×5 glass plate inside.

Analemmas show the position of the Sun in the sky from a fixed location on Earth. Although the path may look different depending upon where it’s taken, there is always an eight-pointed figure.

Griffin tells PetaPixel that every day for 12 months, so long as the sun was not obscured by clouds, he would open the pinhole camera’s shutter for 20 seconds at exactly 16:00.

“The plate was a JD Lane ISO 2 plate made by an old school plate maker in the USA.”

Shooting from his home in Portobello, New Zealand, Griffin mounted the camera facing west, and beginning on September 23, 2021, he began the daily routine of opening the shutter for 20 seconds.

“At the autumn solstice, and the winter equinox I used the shutter to capture the motion of the sun across our sky for longer,” Griffin says.

Griffin shot every day not knowing for certain whether his solar photo experiment was working and when he ended the project this week he anxiously went into a darkroom to see the results.

I dismounted my camera and set up a laundry room as a darkroom. Under red light, I removed the plate popping it into a chemical bath to develop the latent image. It took a while before I could shout with joy. My yearlong project to capture the solar analemma was successful,” he says.

“The elongated figure eight curve you can see in this picture is called a solar analemma. The shape of the analemma you see depends on your location, the tilt of our planet’s axis, and Earth’s varying speed around the Sun.”

Griffin believes that very few analemma pictures are taken from the southern hemispheres and ones taken on an antiqued photographic plate are even rarer.

The Sun’s analemmas is not the only one that can be captured, other planets have them too, notes SpaceWeather.

Not all figure-of-8s are the same. The shape of a planet depends on its tilt and eccentricity around the sun. Different planets have different shapes. Martian analemmas, for example, resemble a teardrop, while Jupiter’s is an oval shape.

More of Griffin’s work can be found on his Instagram and Substack.