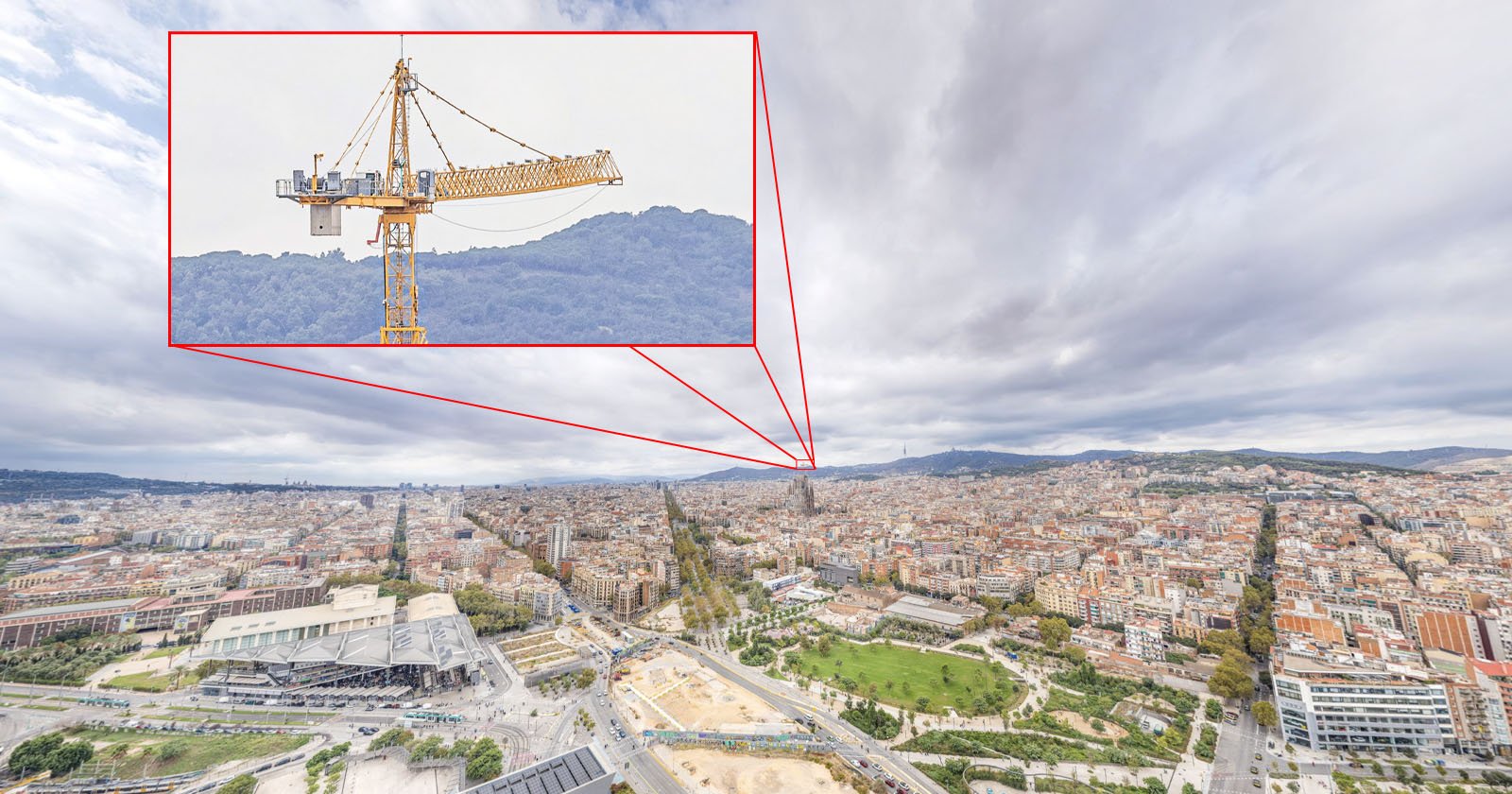 Photographer Jeffrey Martin has been creating massive gigapixel photos for the better part of a decade. His latest is a massive 45-gigapixel photo of Barcelona that provides incredible detail of one of Europe’s most beautiful cities.

Martin has been shooting 360-degree photos since around 2002. He created his first large panoramic photo mosaic in 2006 with a Canon 300D and a 70-200mm f/2. 8 lens, which can still be seen today, a fact he says proves that camera resolution doesn’t matter.

“You can make a photo in any resolution if you take enough photos and stitch them together!” he tells PetaPixel.

Martin says he prides himself on being “the most singularly obsessed gigapixel photographer in the universe.”

A Detailed View of Barcelona

His latest project focuses on Barcelona and while it is a mere 45-gigapixels, downright small compared to his Guinness World Record 230-gigapixel photo of London, it still contains an astronomical amount of detail. 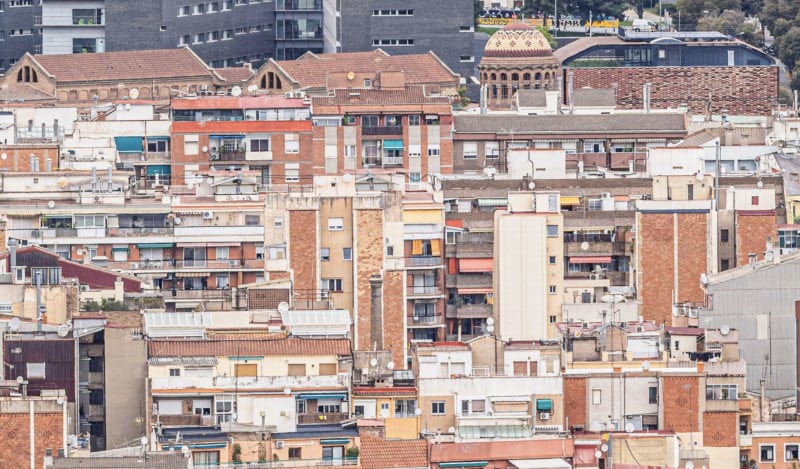 “It took me a couple of years to make an 18-gigapixel photo of Prague from the TV Tower, which at the time was right up there with the largest photos ever made,” he recalls. 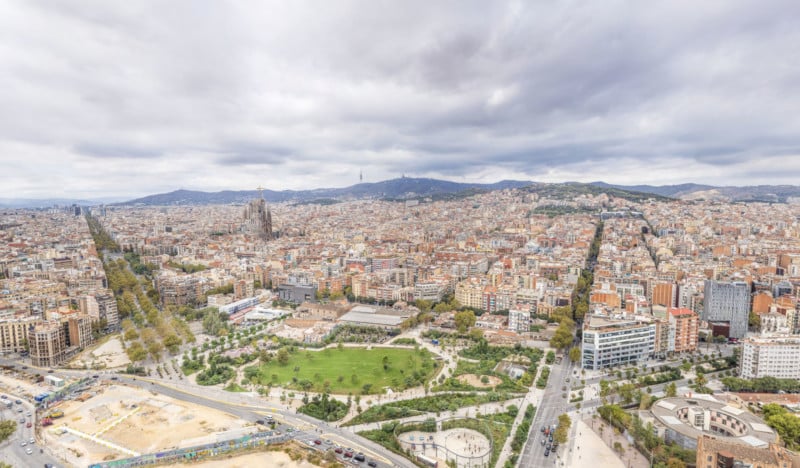 “So, I have been shooting gigapixels of increasing size for a while now. The largest image I have been able to make is a 900,000 x 450,000 size image of Prague,” he continues.

“Now, you may or may not be aware that Adobe Photoshop has a file size limit of 300,000 x 300,000 pixels. This makes the creation of any image larger than that very difficult — and honestly, seldom worth the trouble.”

Martin says this gigapixel photo was taken from the top of Torre Glories, formerly called the Torre Agbar, what he describes as a pickle-shaped building.

“This building is a really strange construction, with the outer windows not being your normal sealed solid slabs of glass; each window is a bunch of flaps which can open or close. Inside those windows is a kind of one-meter wide space which has a walkway on some floors, and inside that there are the windows to the actual rooms themselves,” he says.

This skyscraper’s surface texture is quite unusual in comparison to most other skyscrapers around the globe, which have essentially solid slabs of glass running from the ground up to the roof. Moreover, there are lots of colored lights behind these window flaps, so the building is often lit with interesting colors.

“As far as gigapixel photography goes, it is an absolutely great place to shoot from, with a perfect location in the middle of Barcelona to see a lot of interesting stuff. He adds that the Sagrada Familia can be found nearby and there are many details. 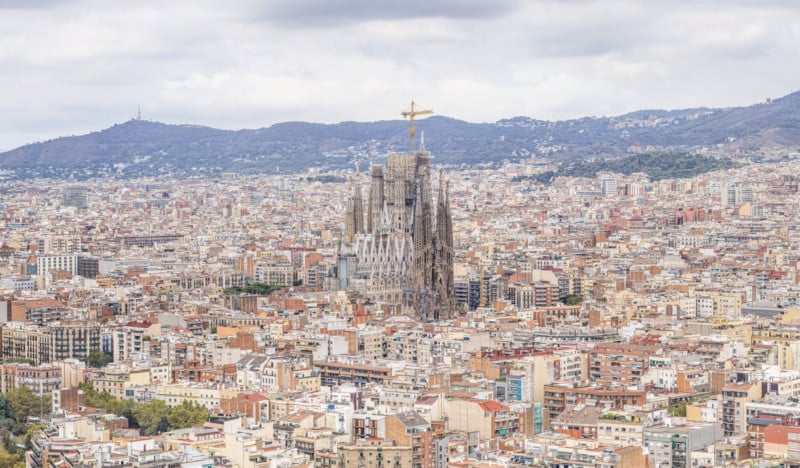 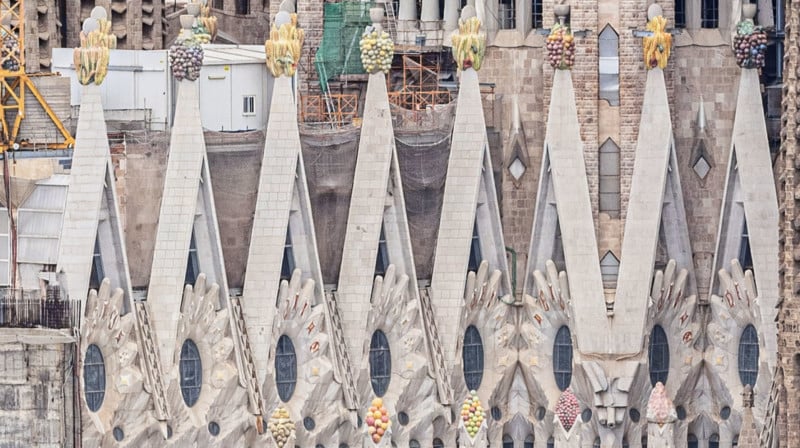 “This image was shot in one day from around 6,000 source images, using a high-end camera with a very long lens, mounted on a special robotic camera mount which I programmed to shoot thousands of overlapping images. These images were then painstakingly stitched together and joined into a full 360-degree image of tremendous resolution.

How to Create Gigapixel Photos

Martin says he uses mainly Canon cameras and lenses but adds he is very much against the idea of always buying the newest equipment.

” Most people will accept a 5-year-old camera if they have the correct glass. You are not married to your lens, you only date your cameras bodies. However, gigapixel photography is demanding a lot of camera equipment. You will have both sun and shadow in the same big picture .”

For those who want to get as much resolution as possible, he recommends using a long lens and taking a large number of photos. 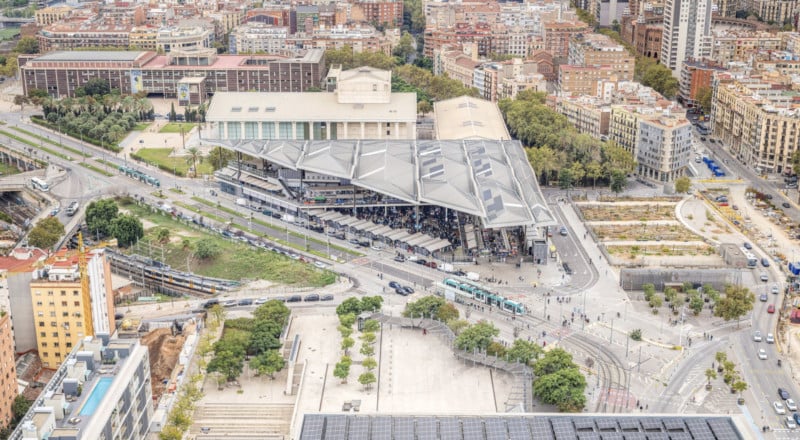 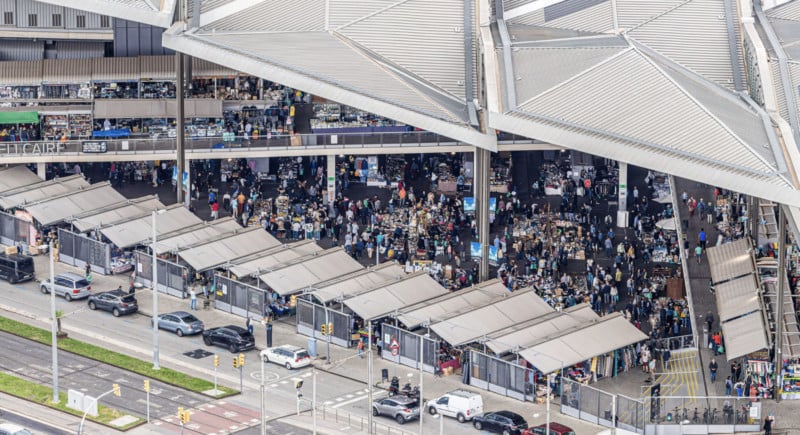 “But these higher focal lengths really increase everything — complexity, the chance of error, weather issues, storage issues, and processing time — exponentially. If you shoot 400mm instead of 200mm, you’re shooting four times more photos. You might find that post-processing can take several months instead of weeks. Be careful!” 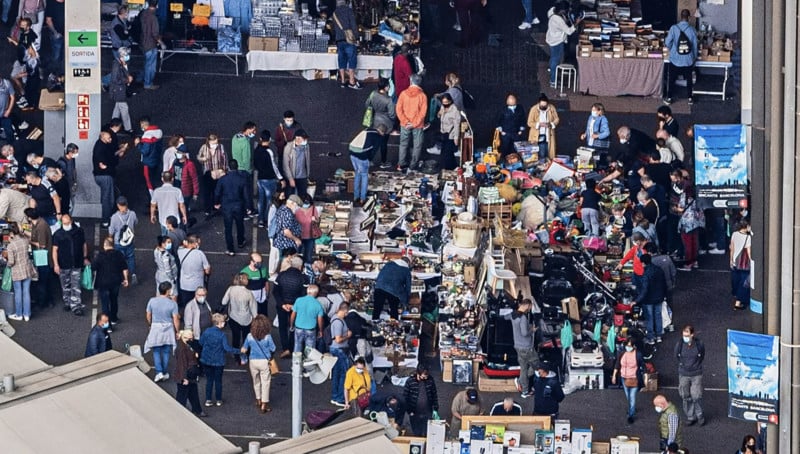 Martin says that the basic premise of gigapixel photography is simple, however.

“Shoot overlapping photos of the whole place: a 30% overlap is fine. Dump the images into PTGui and click ‘align.’ If you shot everything correctly, that might be all you have to do,” he says.

“Shoot Raw and set the white balance to get better results. You should use the appropriate shutter speed and aperture. Shoot at the right time when the weather is not changing too quickly,” he adds, and says that managing all these things isn’t hard, but does take practice. What about the sky? Well, you can shoot the sky with a wider angle lens, or you can shoot in a fixed pattern and align the photos to a grid — both can work, but I don’t recommend shooting the entire sky with an 800mm lens, that will be an exercise in insanity!”

Martin says that there are a number of good solutions to display a gigapixel photo, both paid (KRPano and Pano2VR) and free (Pannellum and Marzipano). These viewers can cut large images into hundreds of “tiles” which then are displayed in web browsers in the same manner as Google Maps. The viewer only displays the portion of the image it is currently viewing. So the viewing experience on the Web is actually very lightweight.”

Martin says he is currently working on more gigapixel photos of Venice, Hong Kong, and Chicago which he hopes to publish soon. More from Martin can be found on his website.