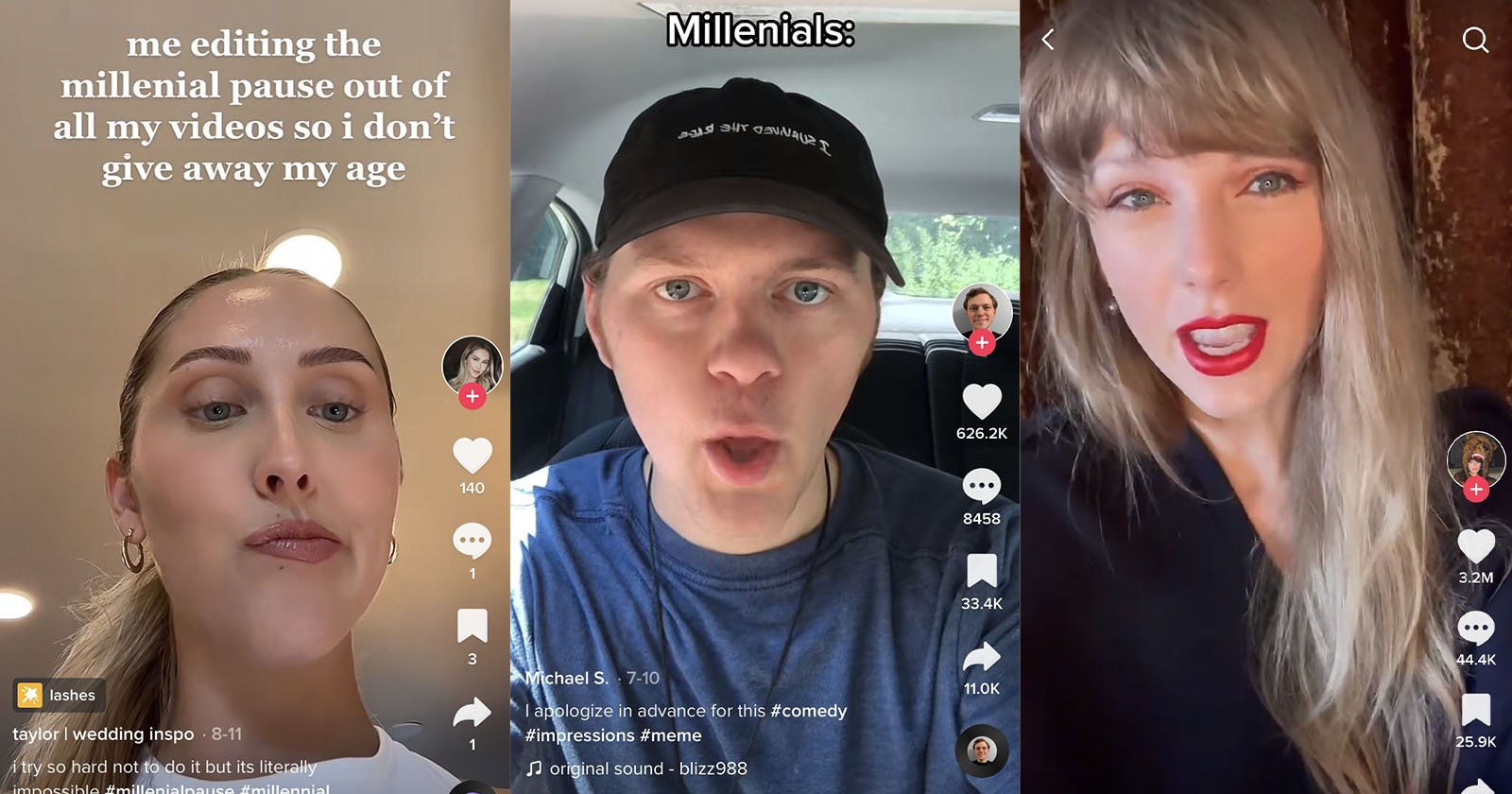 According to Generation Z, there is a telltale sign that reveals the age bracket of the person filming a video and it is called the “Millennial Pause.”

A story published by Kate Lindsay in The Atlantic details how younger users on TikTok are mocking the way millennials take a brief pause before they start filming a video in order to make sure the camera is actually recording.

The “millennial pause” is defined by Lindsay as the time that millennials take to pause before starting to record a video. This is because it is not common for when Generation Z is filming videos.

The term “millennial pause” was first coined by TikTok user nisipisa who pointed out how even millennial superstar Taylor Swift was not immune to the pause and this generational tick has been ridiculed by a host of younger creators on the social media platform ever since.

Lindsay posits that the pause, which is barely perceptible to most millennials, is a technical hangover from using older technology that did not start recording instantly.

While millennials may be accustomed to documenting their lives in photos, the millennial pause is an indicator of their discomfort with recording videos, unlike Generation Z who are perfectly at ease with the video format.

For Lindsay, this is even more relevant given the fact that some of the biggest social media platforms are no longer geared around millennials. Despite concerted backlash, Instagram and Facebook are moving away from photography and instead chasing TikTok’s astronomical growth in short-form video.

The millennial pause is part of a wider debate amongst Generation Z users on TikTok regarding the quirks of different age groups when they take photos and film videos.

Last year, there was a popular trend on TikTok in which users demonstrated, and even analyzed how different age groups take selfies.

In viral clips on the platform, younger users mock the unstudied way Baby Boomer users, otherwise known as Boomers, snap photos of themselves from exceptionally low angles — while millennials shoot selfies from an excessively high angle.

Generation Z, meanwhile, takes selfies in the “right” way, from a natural angle at eye level, with their phone slightly tilted towards their face.

TikTok founders explain how Gen Z selfies are instantly identifiable because they use Prequel editing tools to personalize them.

Another popular TikTok trend is to have younger users call out the millennials who use outdated postures and angles in their photos. There are even deep-dive videos into the evolution of millennial poses in photos from social media’s beginnings on Myspace to Instagram.

Of course, it is natural for different generations to punch down on one another as a means of defining their identity, especially given how many people use photography and video as a fundamental means of self-representation today.

Perhaps it is to be even more expected that Generation Z would scrutinize the way millennials take photos and videos, given how visually literate they are as a generation; as an age group, Generation Z has never known life without the internet or digital photography.

For now, Generation Z is transforming the internet. And no doubt, the demographic cohort after them — Generation Alpha — will do the same.