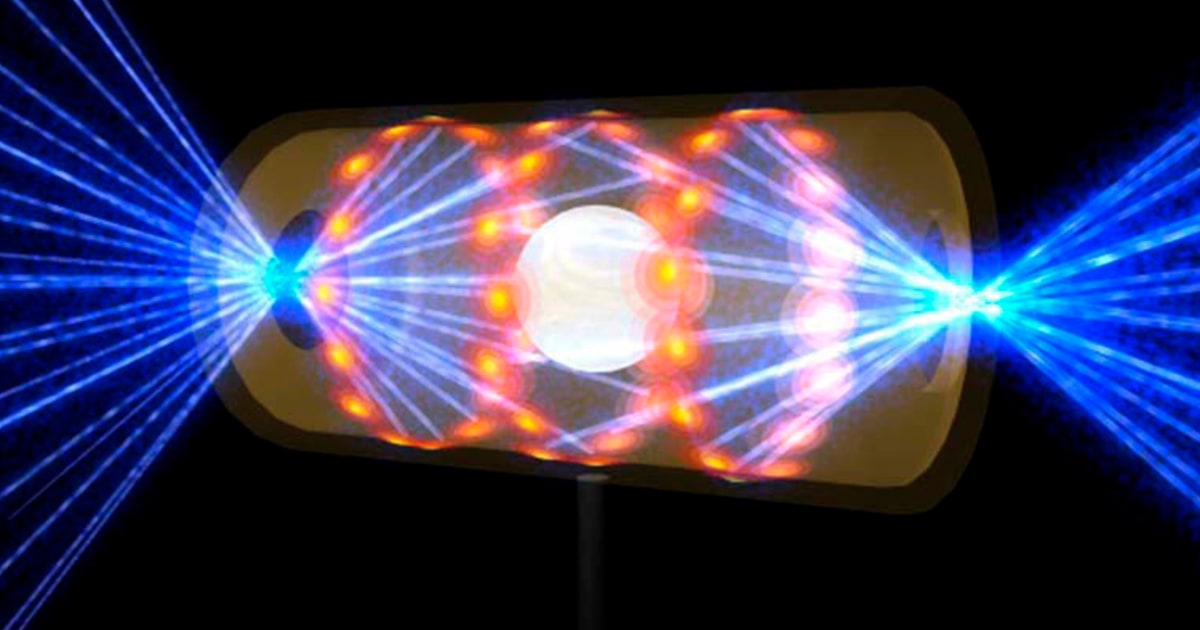 U.S. scientists have achieved “ignition” — a fusion reaction that produced more energy than it took to create — a critical milestone for nuclear fusion and a step forward in the pursuit of a nearly limitless source of clean energy, Energy Department officials said Tuesday.

Nuclear Fusion is the process which powers the sun, moon, and other stars. It occurs when the nuclei of two atoms collide at extreme temperatures. This results in a remarkable reaction that generates enormous amounts of energy while generating very little environmental impact.

Scientists have been chasing the promise of fusion since the dawn of the atomic age, but had yet to cross a threshold in which more energy was created by a fusion reaction than the energy needed to produce it.

The breakthrough will not immediately open the floodgates to clean power in American homes, but it is a powerful symbol that the fundamental scientific concepts underlying the promise of fusion are sound.

“There were many scientists that said they didn’t believe anyone of these people. You’ll never make it work,'” said Stephen Bodner, a former director of the laser fusion program at the U.S. Naval Research Laboratory, or NRL. “Livermore showed — lo and behold — you can do it.”

Engineering challenges remain that could take years or decades to work out before the technology could fuel power plants and transfer energy to the U.S. electrical grid, experts say.

While the Livermore team achieved what researchers call a scientific break-even or energy gain, it did not achieve an engineering break-even: The inefficient lasers used in the experiment required far more energy to operate than was produced by the reaction.

Scientists must now find ways to reduce inefficiencies, burn a larger portion of available fuel during the reaction and harness the energy for use as electricity, said Troy Carter, a professor in UCLA’s department of physics and astronomy and the director of the Plasma Science and Technology Institute.

“The laser technology at NIF is ’90s technology,” he said. NIF’s lasers can perform only a few shots each day. A power plant would require about 10 shots per second. Scientists would need to find a way to make perfect capsules in mass production.

The National Ignition Facility program is not designed to make energy for electricity; instead, it’s part of the “stockpile stewardship” program for U.S. nuclear weapons, which allows scientists to verify their reliability without detonation. Experts believe it is unlikely that the NIF laboratory will make the next major breakthroughs.

“The NIF facility is doing world-leading research, but it was never designed to generate electricity; it’s not a power plant,” said R. David Edelman, the chief policy and global affairs officer for TAE Technologies, a California-based fusion company.

Instead, advances could come from other federal laboratories or from the private sector, where investors are seeding billions into a smattering of fusion projects.

Some projects employ similar technology as NIF’s; other efforts are focused on a technique that confines plasma at high temperatures in order to induce fusion reactions.

Fusion companies reported more than $4. 7 billion in total private investment commitments through the end of the year, according to the Fusion Industry Association. Fusion projects could see a boost in federal funding in the U.S., too. The Inflation Reduction Act provided millions in new funding for fusion projects and the White House this year convened the first fusion summit and developed a 10-year plan to commercialize fusion technology.

Bodner stated that although he was cautious about making predictions regarding nuclear fusion, he became more convinced over the years that the federal government could make a successful fusion program if it shifted from energy production to weaponry.

“I think well within a decade, a well-run program would either succeed or fail. Technology is available. What’s mainly needed is the money,” he said, adding the next step would be to build a more efficient, high-powered laser.

Fusion is safe and produces no helium waste. The fuel used in fusion reactors is very low and they cannot be used to carry out nuclear warfare.

The core materials, deuterium or tritium, are theoretically abundant. Carter stated that deuterium can be obtained from water because it is plentiful. Tritium can be extracted from lithium, which is also in ocean water.

“Hundreds of thousands to millions of years of fuel for all energy we need on earth is in seawater,” Carter said.

If scientists can work out more of the problems that have dogged fusion for seven decades, it would be a reliable source of power to work in concert with wind and solar power to boost the clean energy movement.

” It can be deployed anywhere, and can always be available,” Carter stated. “If we deploy it in time, I think it could fill a lot of the energy needs of the future.”

Researchers view it as a complement for wind and solar power, which are scaling up quickly and falling in cost but remain dependent on particular weather conditions and are difficult to store with today’s technology.

From a cost perspective, “I don’t think you’ll ever compete with wind and solar. They just sit there and turn out energy, there’s nothing simpler than that,” Bodner said.

Paul Dabbar was the ex-under secretary for energy science and technology until 2021,. He compared scaling an experimental reaction in a laboratory into a viable commercial source of electricity with the development of electric cars over the last several decades.

“It takes a while, but it’s doable,” said Dabbar, now a visiting fellow at Columbia University’s Center on Global Energy Policy. “What we did 15 years ago has now turned into whole new industries. So the prospect of this not in two years, but in 10 to 15 years, similar to what happened with EVs and lithium-ion is absolutely possible.”

Dabbar predicted that developing the experimental process into a commercial power plants would require additional “hard science” from the federally-supported National Laboratories as well as major universities that conduct fusion research, plus start-ups and private-sector companies with experience in building power plants. Dabbar stated that humans are looking for ways to provide energy to modern lives without destroying the environment. He said the sun is the best source of power, and has spent many decades studying the process.

“Nature determined that the best way to produce energy was by fusing hydrogenatoms. The universe is populated primarily with hydrogen,” Dabbar said. “So nature’s already made its decision on what’s best.”