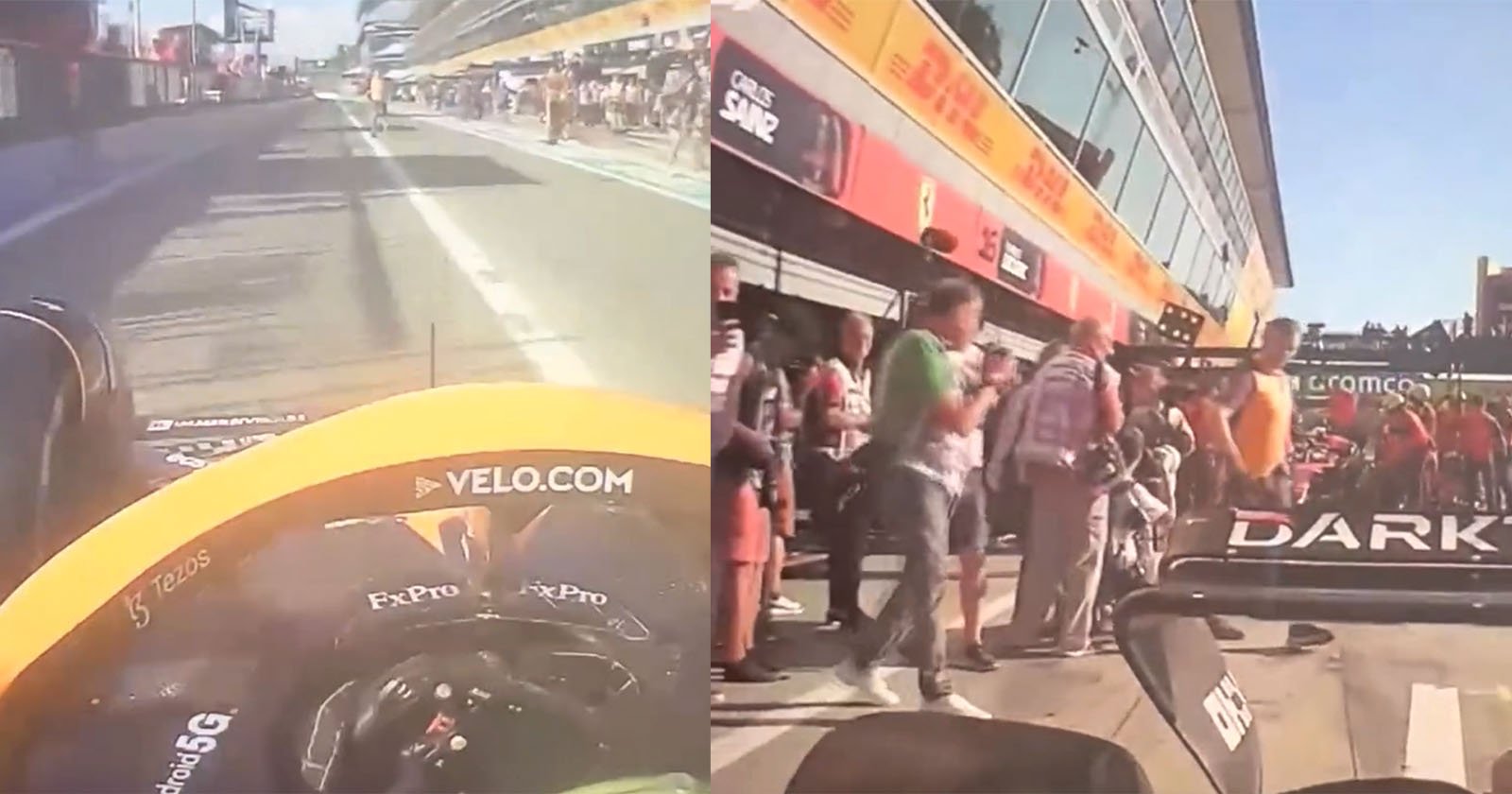 Formula One driver Daniel Ricciardo was furious at photographers who obstructed his path to the pits at the Italian Grand Prix.

Ricciardo, who is known for his beaming smile and easy-going personality outside of the car, is clearly a different beast inside it after he fumed at the group of pit lane photographers for impeding his path into his garage.

Ricciardo seemed angry at the photographers who took photos of McLaren’s garage, which is next to Ricciardo’s.

a view of the photographers from behind being held back.

Daniel still has a grudge against the photographer. He claims he can’t reach deep enough inside the box to get the right angle. pic.twitter.com/IbT9mifKMc

His Engineer replies, “Photographer?” He continues his rant on the radio about the poor photographer.

Footage from the rear of Ricciardo’s McLaren shows a pack of cameramen in a busy pit lane.

Formula One drivers are notorious for venting their frustration on the team radio which picks up live, unfettered reactions from drivers as they respond to the events unfolding around them.

While Ricciardo’s sinister threat of running over a photographer appears tongue-in-cheek, it underlines the emotion that Formula One drivers experience while in the cockpit.

Ricciardo has been having a difficult Formula One season. McLaren fired him recently due to his poor performance in the car. This weekend at Monza did not get much better for the Aussie driver after an oil leak put an end to his race with just a few laps to go. World champion Max Verstappen won the race. He looks unassailable in this year’s championship.