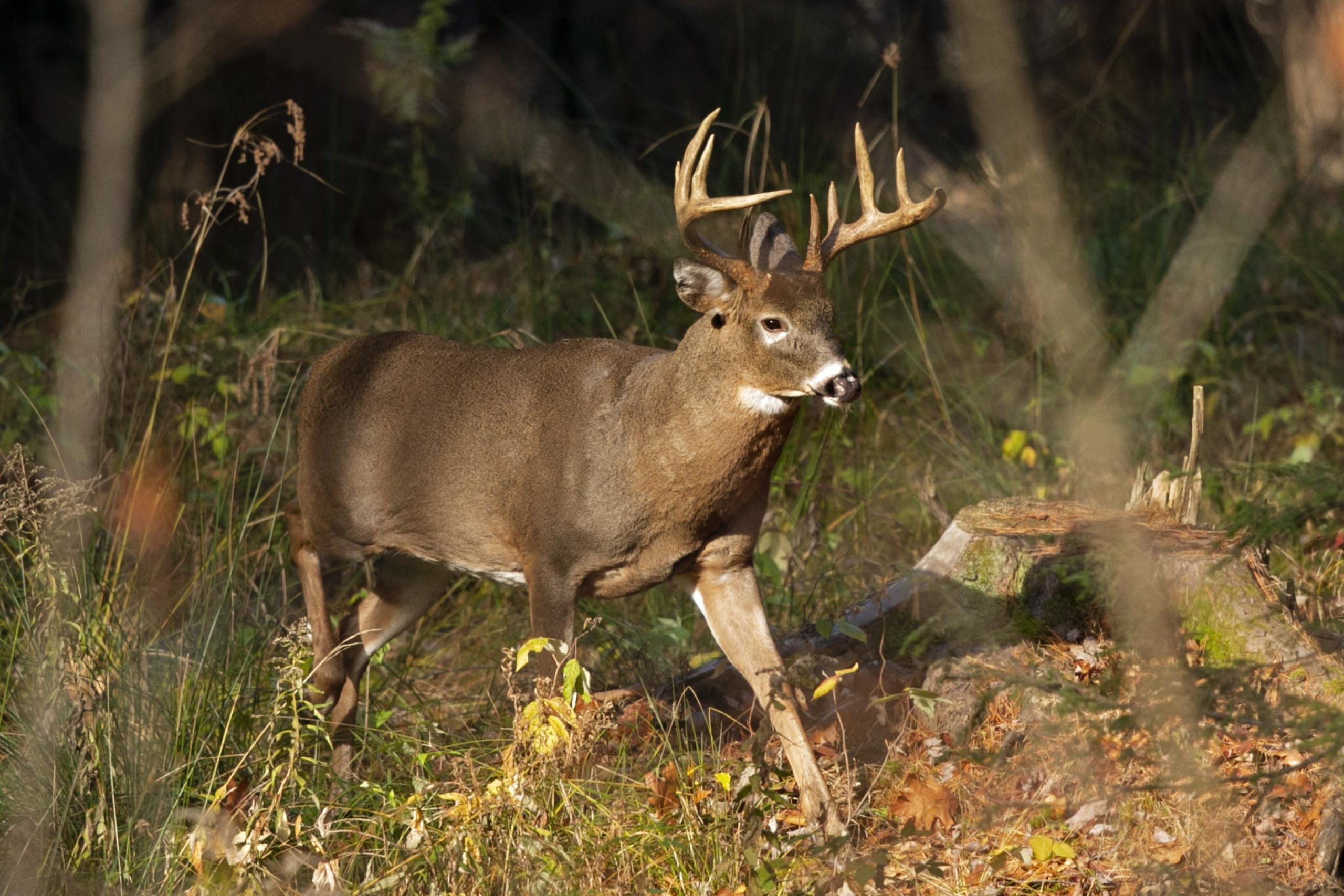 PORTLAND, Maine — Wildlife agencies in the U.S. are finding elevated levels of a class of toxic chemicals in game animals such as deer — and that’s prompting health advisories in some places where hunting and fishing are ways of life and key pieces of the economy.

Authorities have detected the high levels of PFAS, or per- and polyfluoroalkyl substances, in deer in several states, including Michigan and Maine, where legions of hunters seek to bag a buck every fall. Sometimes called “forever chemicals” for their persistence in the environment, PFAS are industrial compounds used in numerous products, such as nonstick cookware and clothing.

The U.S. Environmental Protection Agency launched an effort last year to limit pollution from the chemicals, which are linked to health problems including cancer and low birth weight.

The discovery of chemicals in wild animals that are being hunted for food and sport is a challenge some states have taken on. They issued “do-not-eat” advisory for fish and deer, and expanded testing for PFAS.

” The fact that there’s an added threat to wildlife, the game people go out to hunt or fish, is a threat for those industries and to how people view hunting and fishing,” stated Jennifer Hill, the associate director of Great Lakes Regional Center, National Wildlife Federation.

PFAS chemicals are an increasing focus of public health and environmental agencies, in part because they don’t degrade or do so slowly in the environment and can remain in a person’s bloodstream for life.

The chemicals get into the environment through production of consumer goods and waste. T hey also have been used in firefighting foam and in agriculture. PFAS-tainted wastewater sludge was used for years in fields to make fertilizer or compost.

In Maine where chemicals were found in water wells at levels far higher than the federal health advisory level passed a bill in 2021 that required manufacturers to disclose their use and phase them out by 2030. Advocates for environmental health have suggested that Maine’s law may be a model to other states. Some are currently working on their own PFAS laws.

California Gov. Gavin Newsom (a Democrat) signed a September bill that banned the sale of chemicals in cosmetics in California. And more than 20 states have proposed or adopted limits for PFAS in drinking water, according to the National Conference of State Legislatures.

It is likely that additional testing will reveal the chemicals in game animals other than deer. This includes wild turkeys, fish and birds, according to David Trahan (executive director of Sportsman’s Alliance of Maine), a group dedicated to outdoor advocacy and hunting. Trahan stated that the discovery could negatively impact outdoor tourism. “If people are unwilling to hunt and fish, how are we going to manage those species?” he said. “You’re getting it in your water, you’re getting it in your food, you’re getting it in wild game.”

Maine was one of the first states to detect PFAS in deer. The state issued a “do not eat” advisory last year for deer harvested in the Fairfield area, about 80 miles (129 kilometers) north of Portland, after several of the animals tested positive for elevated levels.

The state is now expanding the testing to more animals across a wider area, said Nate Webb, wildlife division director at the Maine Department of Inland Fisheries and Wildlife. “Lab capacity has been challenging,” he said, “but I suspect there will be more facilities coming online to help ease that burden — in Maine and elsewhere in the country.”

Wisconsin has tested deer, ducks and geese for PFAS, and as a result issued a “do not eat” advisory for deer liver around Marinette, about 55 miles (89 kilometers) north of Green Bay. The state also asked fishermen to reduce consumption of Lake Superior’s popular rainbow smelt to one meal per month.

Some chemicals, including PFAS, can accumulate in the liver over time because the organ filters the chemicals from the blood, Wisconsin’s natural resources department told hunters. New Hampshire authorities have also issued an advisory to avoid consuming deer liver.

The state issued its first “do not eat” advisory in 2018 for deer taken in and near Oscoda Township. Since then, Michigan has issued an advisory that prohibits eating organs such as the liver or kidneys from wild animals, including deer and fish, in Michigan. The state has conducted waterfowl testing in areas prone to PFAS contamination.

The state’s expanded testing also has proven beneficial because it helped authorities find out which areas don’t have a PFAS problem, Newcomb said.

” People like to point fingers and claim they can’t fix it. I like to point to our results and say that’s not true,” Newcomb said. “Finding PFAS as a contaminant of concern has been the exception and not the rule.”

The chemical has also been found in shellfish that are collected recreationally and commercially. Scientists from the Florida International University Institute of Environment sampled more than 150 oysters from around the state and detected PFAS in every one, according to their study in August. Natalia Soares Quinete, an assistant professor in the institute’s chemistry and biochemistry department, described the chemicals as “a long-term poison” that jeopardizes human health.

Dr. Leo Trasande is a NYU Grossman School of Medicine professor of pediatrics who studied PFAS. He said that reducing exposure to the chemicals was the best method of avoiding negative effects on health. Trasande stated that it is difficult because chemicals such as PFAS are commonplace in our environment and can last for a long time.

” If you see it in people, then you will likely to notice the effects on animals.” he stated.

Wildlife authorities have tried to inform hunters of the presence of PFAS in deer with posted signs in hunting areas as well as advisories on social media and the internet. One such sign, in Michigan, told hunters that high amounts of PFAS “may be found in deer and could be harmful to your health.”

Kip Adams, chief conservation officer for the National Deer Association, said the discovery of PFAS in states like Maine and Michigan is very concerning to hunters.

“With the amount of venison my family eats, I can’t imagine not being able to do that,” Adams said. “To this point, everything we’ve done has been about sharing information and making sure people are aware of it.”