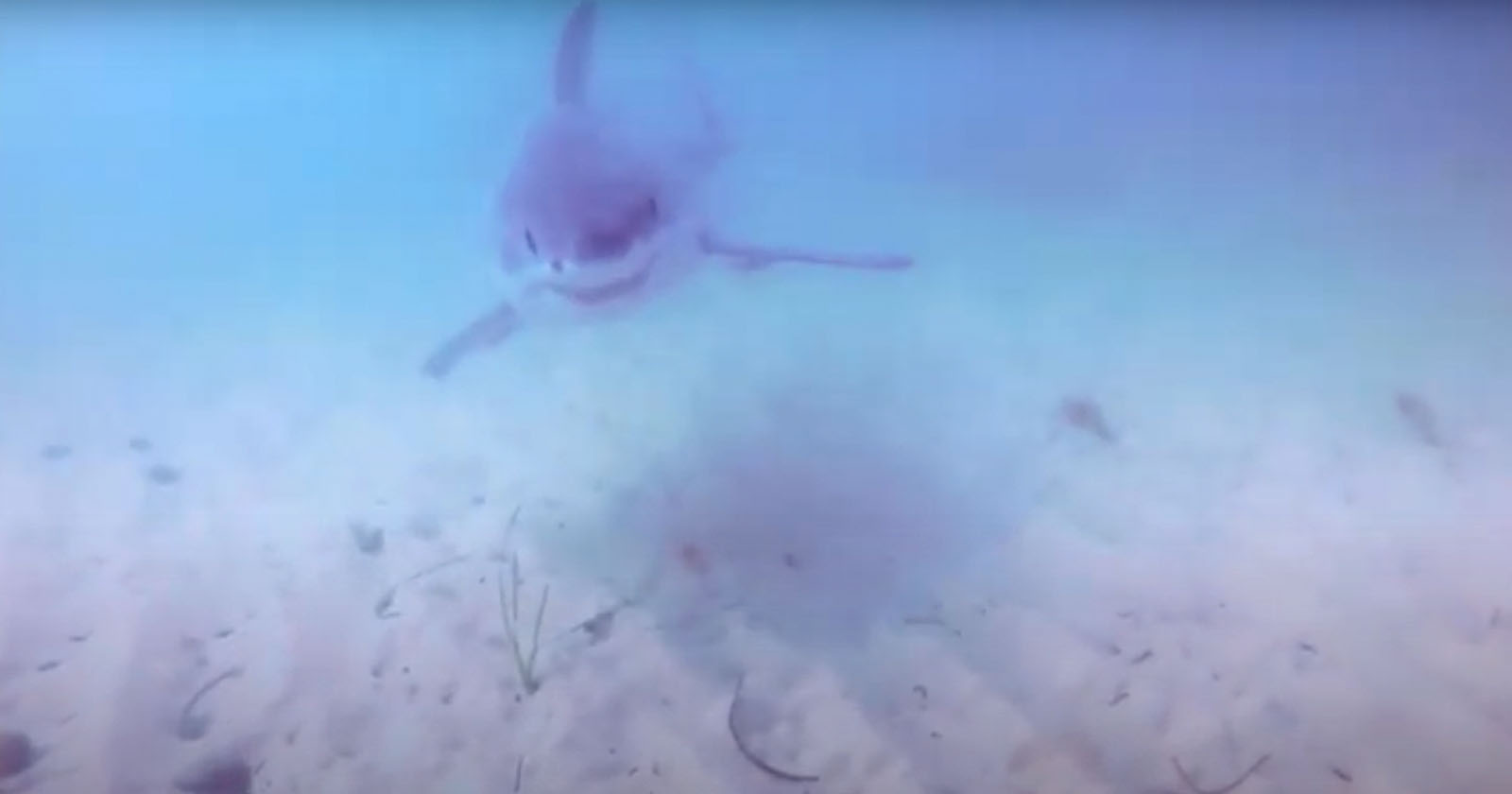 An ocean photographer unknowingly captured his close encounter with a great white shark on camera and only became aware of the incident when he reviewed his GoPro footage hours later.

Kayaker Andy Burnell ventured about 1.5 kilometres offshore of Grange Beach in Adelaide, Australia on Sunday. He tied his oldest GoPro camera to a fishing line before dropping the underwater camera over the side of his kayak to a depth of about six or seven meters and drifting for a while.

“I took my oldest GoPro, the one that I could afford to lose if something went wrong, tied it to a fishing line, and lowered it down,” Burnell tells ABC News. “Then I just drifted around in my kayak for a while, probably about half an hour or so, and I didn’t see anything.”

It was only when Burnell reviewed the GoPro footage hours later for his ocean photography page, Crab.e.cam that he got the shock of his life. The photographer realized he had not been alone and had the company of a great white shark while he had been kayaking.

“I paddled back in, went home, and downloaded my footage later that night and I started looking through [it],” explains Burnell.

The photographer says what he saw on his camera “just absolutely blew his mind.”

“I actually gave myself a jump scare in my own living room because I was looking through the footage and then suddenly there was a shark right there,” he says. “About five or six minutes at least that shark was sitting right underneath my kayak just looking at that camera, and I was completely unaware. I had no idea.”

The photographer adds, “I’m kind of lucky that it didn’t bite it because I would have lost the camera. It was only tied on with fishing line, and I would have wondered what happened.”

Burnell says the shark on the camera footage appeared to be a juvenile great white.

“There’s no way that that shark is more than six feet long and that’s cool in itself, because I think this is a really, really young white shark, a real baby,” he explains. “It’s got a very damaged right fin, and on the other side, on the left side of the body, right in the middle, there’s a big semi-circular mark that looks to me like teeth marks, so it looks to me like it’s been attacked by another shark and it’s carrying the scars.”

Last week, PetaPixel reported on the first ever camera footage of orcas hunting great white sharks on the coast of South Africa.