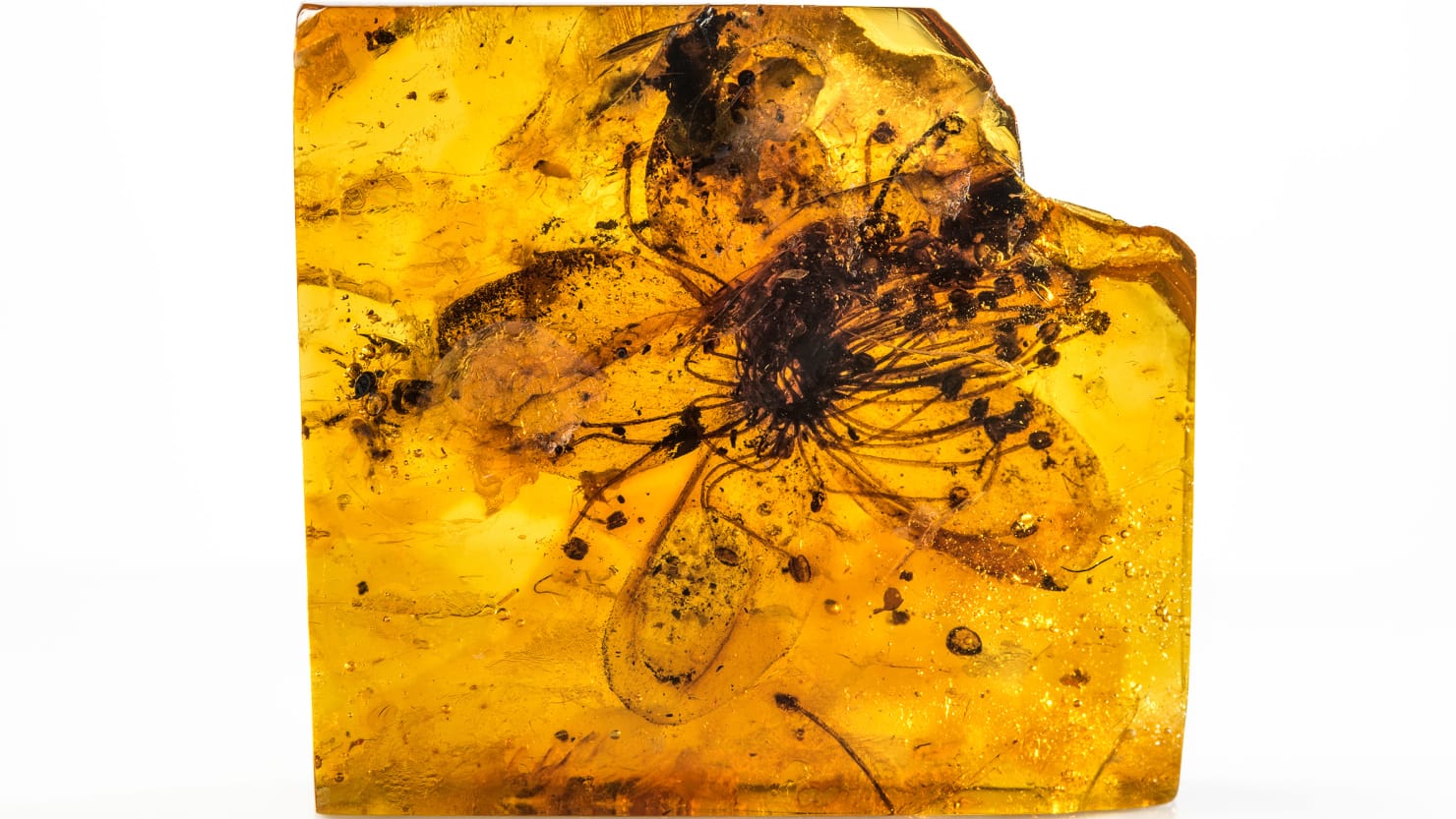 Since its classification in 1872, scientists have bestowed a special record to a flower that has been frozen in time for more than 33 million years. For over a century, it has been known as the largest-known specimen of a flower preserved entirely in amber.

And now, after all that time, researchers must come to grips with a bombshell revelation: the flower has been masquerading as the wrong species. A recent re-analysis by German researchers reveals that the flower, nearly three times larger than those typically preserved in the fossil record, is the earliest-known member of the sweetleaf family—and not the tea family, as was originally presumed.

The case of mistaken identity was brought to light on Jan. 11 in a study published in the journal Scientific Reports.

The flower was fossilized more than 33 million years ago in the Baltic region as an amber inclusion, formed when sticky resin from a plant evaporated and hardened. It takes a great deal of luck for an organism to die in the right place, time, and climate to be preserved in amber, and even more to survive that preservation into the present day. And while amber inclusions of insects are most abundant, plants are rare.

Those that do exist in the amber fossil record are tiny. According to the study, most of these preserved flowers are no larger than 10 millimeters. By contrast, the specimen the researchers analyzed measured a whopping 28 millimeters—an “exceptionally large flower,” the study authors wrote.

The study details how the specimen was originally named in 1872 as a member of the Stewartia genus—a group whose living members are shrubs and trees with large, conspicuous flowers. While most flowers possess five anthers, Stewartia species are known for large tufts of pollen-containing anthers. And because it had initially been studied in the 19th century, the specimen had been preserved according to 19th-century standards that have not all stood the test of time.

The new study upends both the naming and preservation of the flower. To re-analyze the specimen, which is now held in the Federal Institute for Geosciences and Natural Resources in Berlin-Spandau, the researchers had to first exhume it from a century-old glass chamber and cover slip that had yellowed and cracked. Once freed, “A wet leather cloth with a tooth paste suspension was used for polishing all amber surfaces,” the authors wrote.

Finally, they could take a look at the (relatively) gigantic flora. It’s clear the researchers were smitten with what they saw: They wrote that inclusions like the flower “are unique in preservation and size” and thanked a fellow paleontologist in the acknowledgments for alerting them to the “beautiful amber specimen.”

Modern-day technology provided the decisive evidence for the flower’s reclassification. The researchers used a scalpel to scrape pollen out from the amber and peered at it under a high-powered electron microscope. The minute details in the pollen grains provided them with another structure to compare to living and extinct plant species, and they found that, despite the previous classification, the Symplocos plant genus was a better fit for the specimen. This group belongs to the sweetleaf family, many species of which exist today in the Americas, Southeast Asia, and Northern Australia.

The specimen’s true identity may not have been determined if not for what the researchers’ repeatedly termed the “exceptional preservation” of both the flower and its pollen. Because plants produce resin as a form of defense, the chemicals in it are antiseptic and may have naturally mummified the Symplocos flower.

Millions of years after it grew on a tree, and over a hundred after it was discovered by scientists, it goes to show that this flower contains mysteries yet to be unraveled.

The post Flower Frozen in Amber for 33 Million Years Gets a New Name appeared first on The Daily Beast.