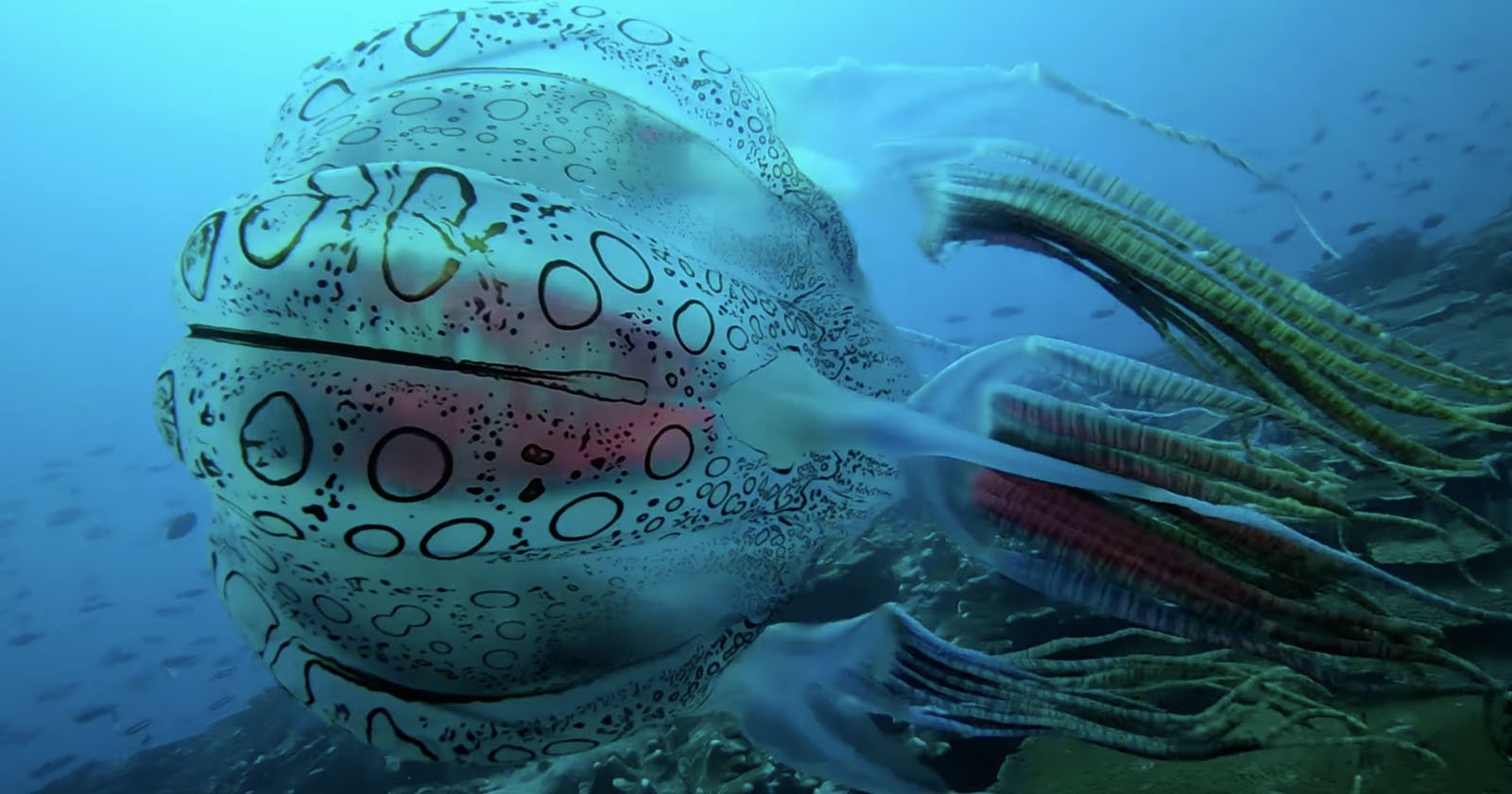 A diver off the coast of Papua New Guinea recorded gorgeous footage of a box jellyfish. On its own, the footage is spectacular but is even more impressive since this is only the second time this species has ever been documented.

The gorgeous jellyfish, which features four groups of striped tentacles that trail behind a translucent body spotted with rings around a bright red core, is called Chirodectes maculatus, Motherboard reports. It is an incredibly uncommon species of box jellyfish found off the coast of Queensland, Australia.

“Saw a new type of jellyfish while diving today. The video describes the jellyfish as having cool markings, a little larger than a soccer ball, and very fast swimming.

Most box jellyfish can be venomous, although some are extremely dangerous. However, this species has not been proven to cause any harm. It was first described in 2005 by a team of Australian scientists who caught one in 1997 and preserved it. It was classified by another scientist a year later.

While it has been seen before and is not new as the video creator thought, the species is so rare that it hasn’t even been seen more than these two times. This is made even more extraordinary by the fact the footage is so high quality. It very easily could be the best look at the species alive and in its natural habitat that exists.

Speaking to Motherboard, Dr. Allen Collins, a zoologist and curator for the Smithsonian Institute National Museum of Natural History, says that the video shows characteristics that are similar but not identical to the previous description. For example, the description from 2005 says that the creature has spots, while the footage here shows rings.

” I suppose it is possible that the specimen was taken from an closely related species, but not yet described Chirodectes. But, I think this is more likely to be C. maculatus,” says he.

It is rare to see footage of such uncommon creatures. Even the Monterey Bay Aquarium Research Institute (MBARI), which is a dedicated research organization, rarely showcases footage of never-before-seen creatures. The specimens they show are often very small. One example is the April deep-sea jellyfish. The above box jellyfish is much larger. MBARI’s most recent comparable discovery would be the gigantic phantom jellyfish, which was only recently spotted. It had already been documented nine times previously.