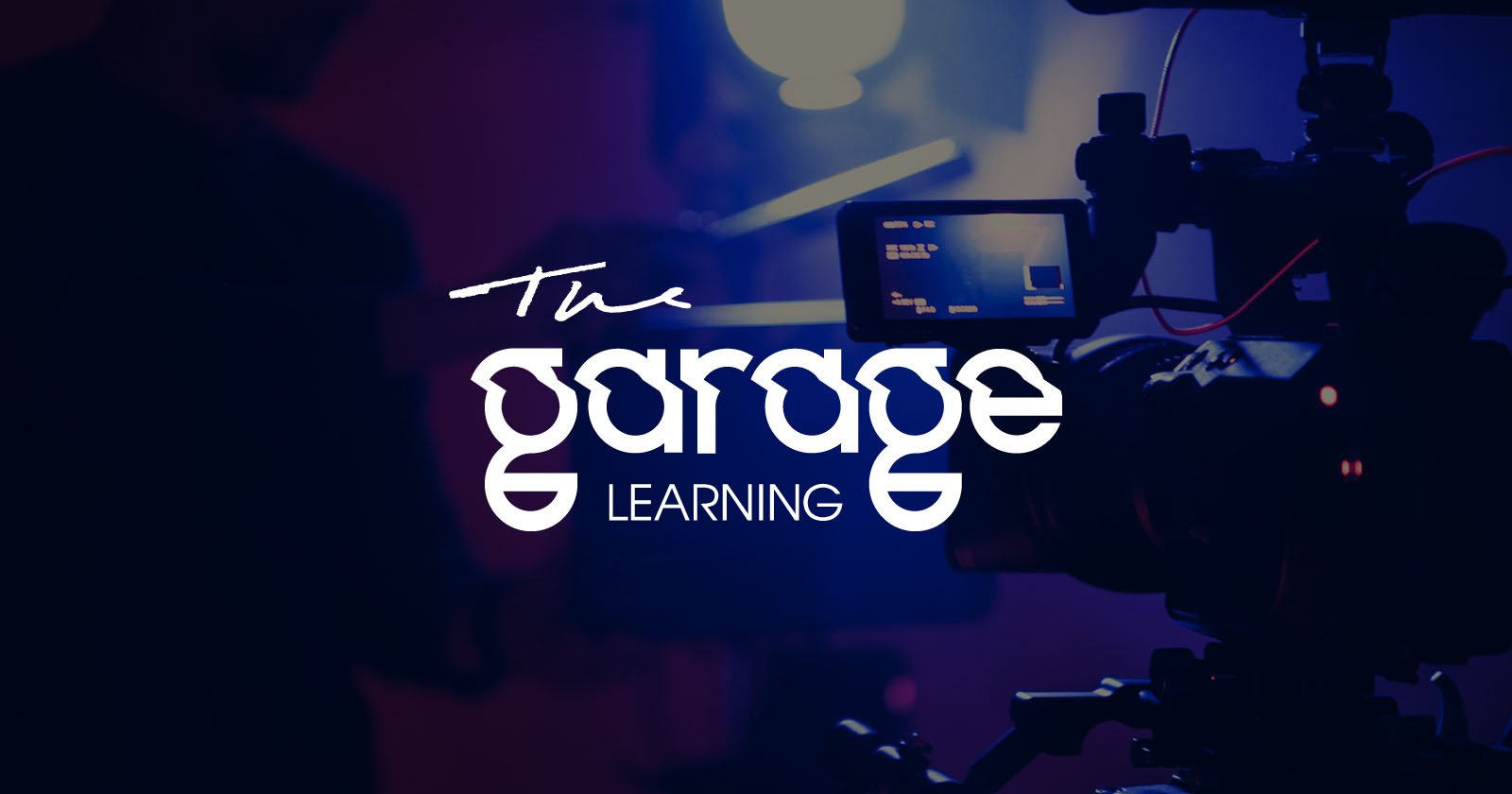 Steve Giralt’s The Garage Learning film school raised over $410,000 on Kickstarter in 2020. But now, just under two years later, the business has filed for bankruptcy as the idea “did not work as planned.”

Giralt, a New York City-based director, visual engineer, and founder of production company The Garage, launched Garage Learning as a crowdfunding endeavor in the fall of 2022. The idea was to provide a mammoth amount of resources for filmmakers of all skill levels to allow them to create content to the level he and his team have been reaching for years.

While the company was going to provide multiple lessons at three skill level tiers, it differentiated itself from other education platforms by also planning to include the actual tools needed to coordinate the motion of objects with the camera called Learning Kits.

” “The Learning Kits will provide technology and engineering skills for filmmaking. Users can use them to learn complicated mechanical and electrical system normally not taught at any art school.” Giralt stated.

But not everything went according to plan. On July 30, 2022, just shy of two years after the launch of the campaign, Giralt announced that Garage Learning, Inc. was filing for Chapter 7 Bankruptcy.

Giralt tells PetaPixel that Garage Learning has not had any employees since September of 2021 and says he hasn’t found a way to “breathe life back into the company” without employees dedicated to it.

I have learned many very difficult lessons in the past couple years. Amongst many other challenges, the reality was that the market for this business was not large enough to sustain it as an ongoing business as planned. In retrospect, it seems that we did too much. If I could turn back the clock, I would absolutely do it differently,” Giralt says.

“The Bankruptcy Court will be liquidating any and all assets owned by The Garage Learning Inc and distributing them as they see fit amongst all documented debtors of the company. He adds that a survey was sent to backers asking them to provide their mailing addresses if they want to participate in the bankruptcy proceedings. 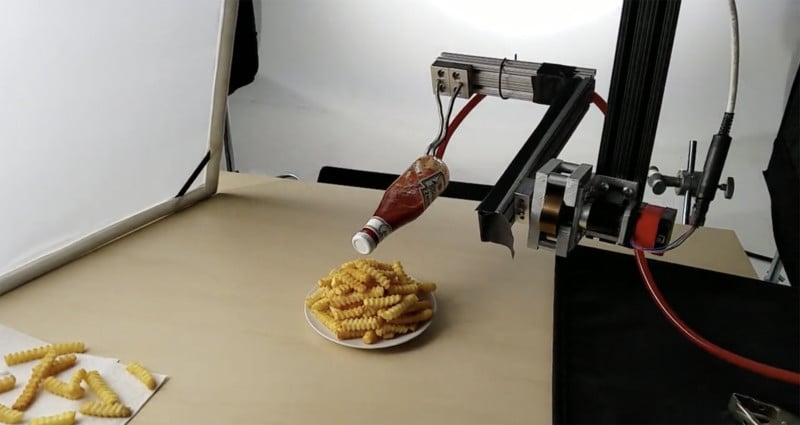 In a comment attached to this final update, Giralt included a link to Google drive where backers can download the videos once his website, which at the time of publication was still operational, shuts down. So how did a company that raised $410,000 collapse so quickly? In short, Giralt says expenses exceeded expectations.

Vast Expenses From the Get-Go

As mentioned, Garage Learning operated a Kickstarter that ran from October through November of 2020, raising $410,283.

“We had set $400,000 as our minimum target to be able to get this company off the ground. After failed backer payments, credit card fees, and Kickstarter fees, we actually received $369,382. 83,” he explains.

“After paying the PR company who helped run the campaign and for the campaign expenses we were down to $324,882. Yes, this was a lot of money, but we had a lot to do with the money we raised.” 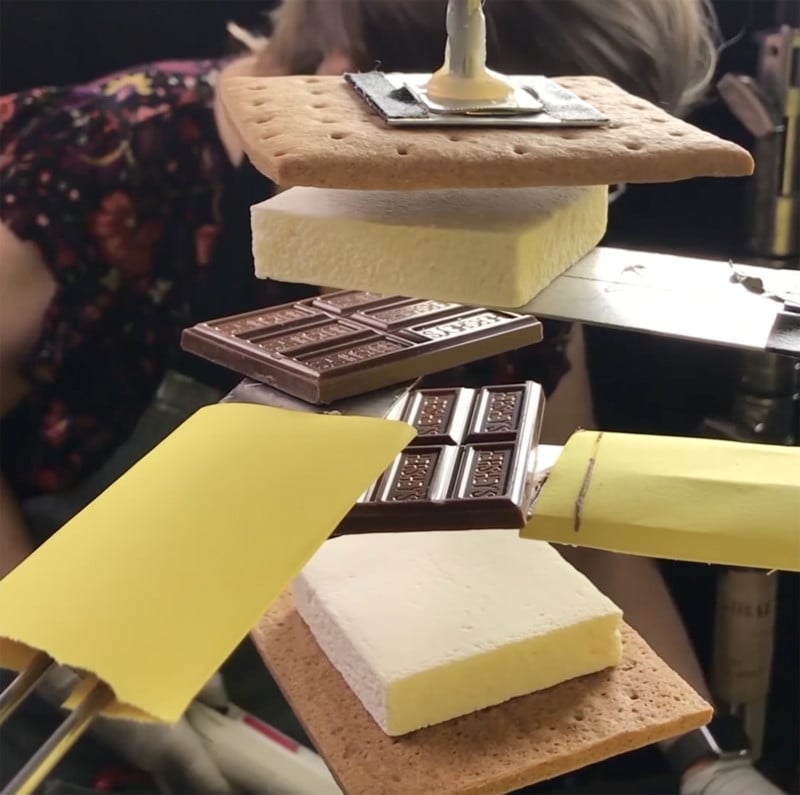 Giralt says that every penny they raised went back into the company and he says between 75% and 80% of it went to paying a team of at least 16 people: a Chief Academic Officer, Class Writer, Producer, Graphic and Web Designer, Marketing Manager, Cinematographer, Video Editor, On-Camera Talent, Industrial Designer and Engineer, a Chief Financial Officer, Bookkeeper, Accountant, Payroll and Human Resources, and “The Garage” team. These positions could have been freelance or full-time.

The Garage Production Company didn’t charge The Garage Learning, Inc. one penny to rent the studio, offices, computers and editing space they used,” Giralt said. This would have made the company more expensive.

Giralt says that by June of 2021, he switched some of the full-time positions to freelance and had to perform the first round of layoffs in July. The last employee of the company departed at the end of August. 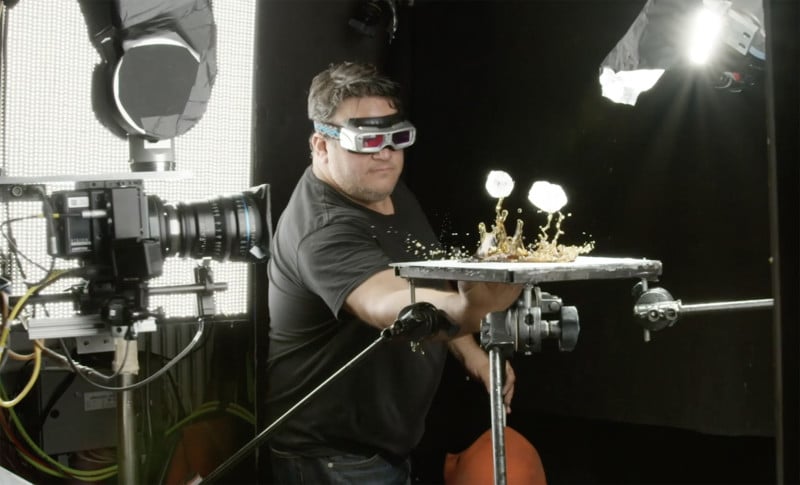 ” The final website launch was managed by Giralt and freelance videographers, in between other commitments.

Giralt says that delays in the supply chain caused by the COVID-19 pandemic hurt his timeline and, eventually, his ability to deliver physical products.

“The plan was for The Garage Learning to start shooting classes in February [2021] as our new studio was supposed to be finished by February 1. We were unable to complete the studio in time because it was delayed for about one month. Then, building the team took longer than expected as we had some people quit for health reasons, people quit for better-paying jobs, and so much more,” he says.

This problem extended to the kits, which Giralt says made it challenging for them to deliver.

“Microchip shortages, dramatic part delays, cost of materials, shortages, etc. This is probably the worst time in history to start a business manufacturing hardware,” he says.

Despite the massive success of the Kickstarter campaign, The Garage Learning still needed more in order to sustain itself. Giralt stated that he did not seek outside funding, and that he never believed that the funds raised through the crowdfunding campaign would be sufficient to run The Garage Learning forever.

“The hope was that it would give enough runway to get the business off the ground where it was generating revenue and could sustain itself,” he says.

“We knew leaving the Kickstarter that the company needed to start making additional money ASAP with post-Kickstarter presales, workshops, and other sponsorships. We expected Dec and Jan sales to be quite good after Kickstarter, and we would see a decrease in revenue in January and February as this faded. The hope was that by March we could ramp it back up, and that is mostly what happened. April sales started improving, and May sales were great,” he continues.

“We expected with the June announcement of the new and improved slider with Flair 7 integration, that June sales would top May. Here is the problem. June sales were less than 1/2 of May (without the sale of a single slider after the announcement) and then July sales were a 1/3 of June. We realized that things weren’t going as we planned. This is why in early August we announced that we had no other choice but to concentrate only on workshops and classes and kill off the kits for any hope that the company could continue on.”

Giralt says that the cost of making the kits, one of the major differentiators of The Garage Learning, was not sustainable.

“The cost of making them is more than the money we collected for them. This realization was discovered in spring. The plan was to make up the gap with future sales, but sales dropped and we had no other options.” he said.

“The unfortunate failure of the kits has been very hard on me personally as I’m not the kind of person to break a promise to anyone, but in this case, I’m backed in a corner with no visible way out. He adds that he has lost much of my sleep, feels like I have a lot on my shoulders each day and can’t keep this up.

“It would cost more than $200,000 to refund in full all the kit backers from the Kickstarter and post Kickstarter sales. To make and ship the kits, as well as customer support

Giralt informed backers that although he would offer partial refunds to those who purchased them via Kickstarter, it was impossible to do so due to bankruptcy.

“In August [2021], I personally emailed those who spent over $1,000 on kits to discuss options with them one-on-one. I have talked with a majority of these backers with a variety of responses. The biggest delay is that legally, I need to pay back those who purchased post-Kickstarter kits first as they did not back a Kickstarter and they bought items from our online store,” he says.

“It may take years for me to pay people back some of their kit backings, but I’m willing to put in that time and effort if you are all willing to be patient and wait. It’s 100% based on The Garage Learning getting more subscribers and having more people attend workshops. As explained, there is nothing I can do to speed this up, other than keep moving forward trying to get all the classes up on the website and keep promoting it to get more sales. We are very much open to other ways we can help you how we can given what we have to offer.”

Looking through comments left by Garage Learning’s backers, many indicate that they lost thousands of dollars supporting the education platform that never was able to deliver on its promises. Many of the comments go back over a year. People who invested in physical hardware or lifetime memberships are especially upset.

I believe this scam was well-planned from the beginning, and this man doesn’t know how to manage a company. This makes me wonder how he can be in charge of a production company,” one backer writes.

“We’ve supported this campaign since the first day by pledging $3,000 for the complete set of learning kits which, as all of us know by now, never saw the light of day. Steve Giralt (the founder of the company) has been in touch with us to obtain full reimbursement for our pledge. He couldn’t supply any equipment promised. We have not received any reimbursement. Another adds that we did not receive any idea about a reimbursement date.

Giralt refutes the idea that Garage Learning was a scam and insists that he always had the best intentions for the project.

Some people may believe that I am a millionaire and have oodles of cash in the bank. But, this is not true. We are a very young production company that just spent a bunch of money and took out lots of debt to build a new facility and start a robot rental company. The Garage, The Garage Rentals, and The Garage Learning Inc are all independent entities. The Garage Learning Inc has only the revenue from its products. Being they are a startup nobody will lend us money either, as we explored that as a way to keep things going as promised,” he says.

Giralt’s experience as well as his many backers is, unfortunately, the reality that comes with some crowdfunding campaigns. In the end, Kickstarter and platforms like it do not act like pre-order marketplaces. Those who back campaigns always bear some element of risk, and in this case that risk did not pay off.

“If I could afford to refund people out of my own pocket, I would, as then I’d be able to sleep better at night and be less stressed out on a daily basis by angry emails from disgruntled backers. I don’t blame you for being disgruntled, but I’m asking for your understanding and extreme amounts of patience.”