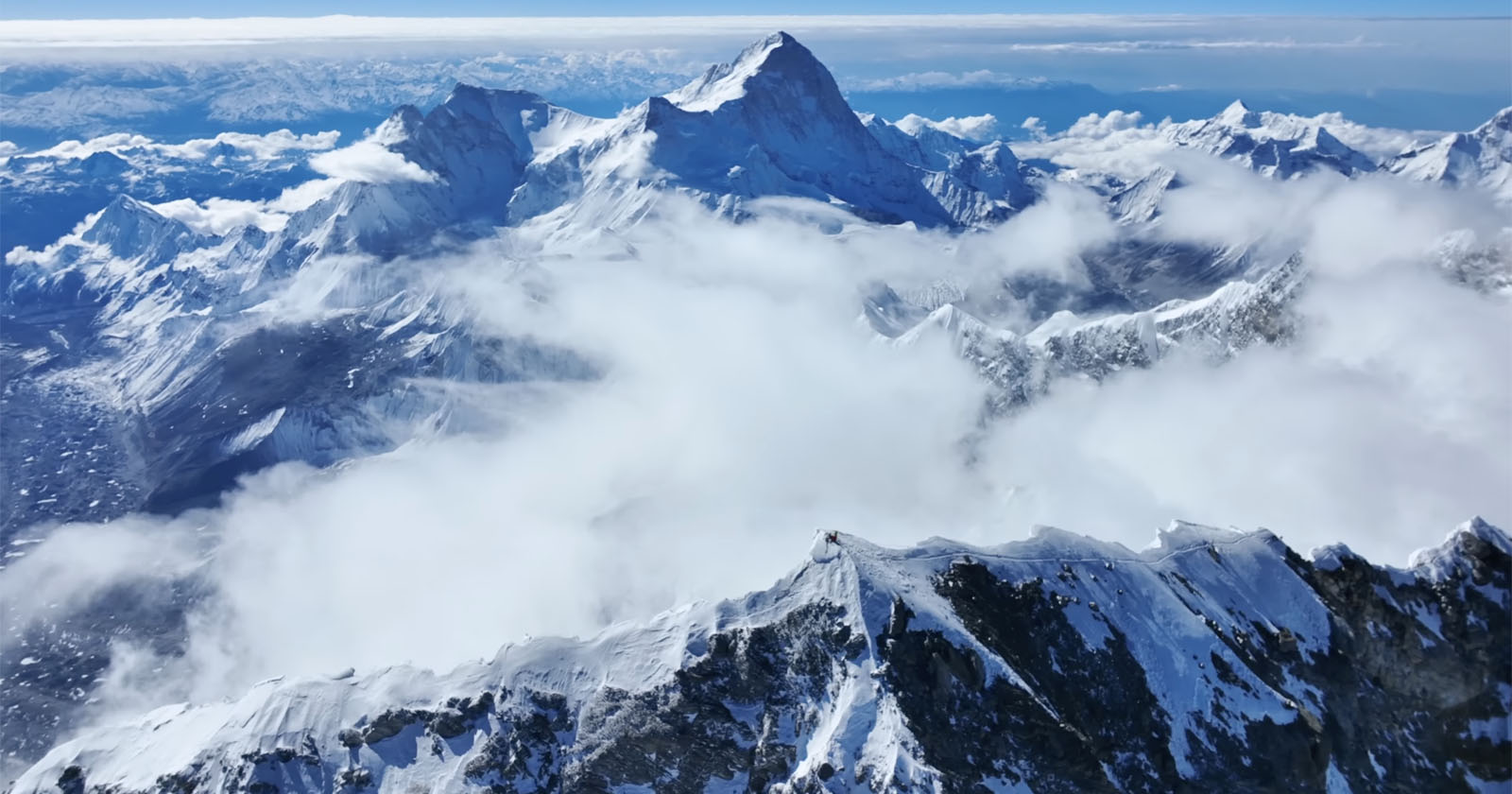 DJI partnered with 8KRAW Films in a project to fly the Mavic 3 drone off the highest point on Earth: the summit of Mount Everest.

8KRAW Films is a small Chinese-based film crew that has been producing travel and adventure films for the last few years. Although they are primarily focused on China, their latest project took them to the top of Mount Everest.

“8KRAW continues to pursue the ultimate image. As early as three years ago, we began to try aerial photography of Mount Everest. It was the team’s long-cherished wish to fly a drone at the top and complete the leap shooting,” 8KRAW’s founder and chief director of the film Wang Yuanzong tells sUAS News.

“The light and reliable Mavic 3 with the ultimate image and the warm weather conditions on the summit day finally came true, and I am very grateful to Mount Everest for accepting us and allowing us to see it from a new perspective.”

“This is Mount Everest. The highest point on Earth. A place where describing the weather as ‘harsh’ is an understatement,” DJI writes.

“Together with 8KRAW Films, we developed a detailed flight plan that would allow their videographers to take the ultimate drone flight from the summit — capturing the stunning beauty of the mountain, and the surrounding views, as they’ve not been captured before.”

The team made the ascent in May, and by the 27th had reached the summit of the mountain. The 8KRAW photographers then sent DJI’s top-of-the-line compact drone, the DJI Mavic 3, off that point to capture aerial shots of Mount Everest.

It is very rare to see footage captured from a drone that goes over clouds because of the limitations on how high drones can usually fly, but the environment of Everest provided the 8KRAW film team with this unique opportunity.

During the shoot, the Mavic 3 ascended to over 9,232 meters into the air — over 5. 73 miles – to get stunning shots at the summit of the mountain. Amazing images and videos were captured by the team, which showcase the amazing environment at the peak of the mountain more than any other.