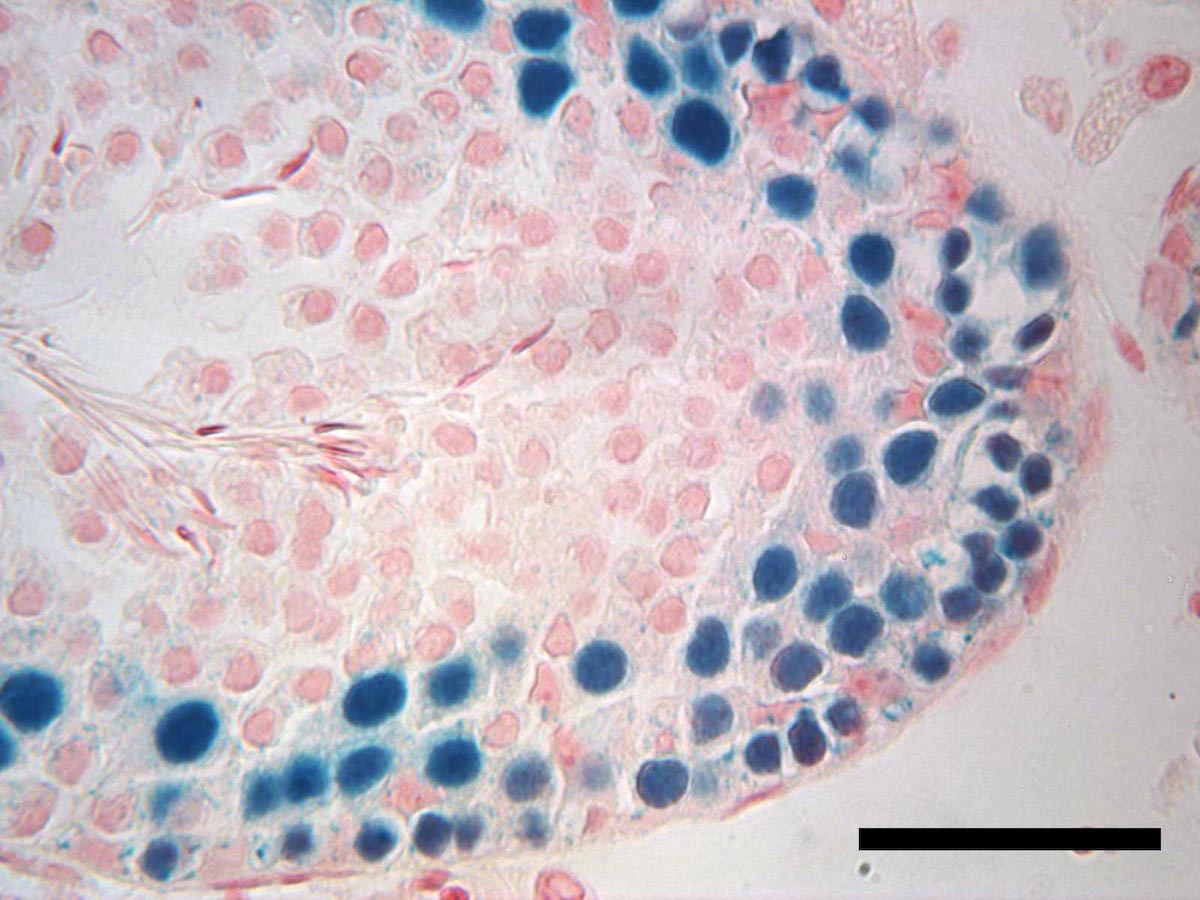 Frozen testicular tissue can still make sperm after 20 years, according to scientists who say it can help young cancer patients to later have children.

Male testis tissue that is cryopreserved can be reimplanted after more than 20 years and will go on to make viable sperm, according to a new study in rodents in the open-access journal PLOS Biology by Eoin Whelan of the School of Veterinary Medicine at the University of Pennsylvania.

But, the research with co-authors that was published May 10 showed that prolonged freezing can result in lower fertility than tissue that has been frozen briefly. The results could have significant implications for treatment for boys diagnosed with cancer. For these patients, chemotherapy might be preformed by the freezing and harvesting of testicular tissue.

Although the survival rate for childhood cancers is increasing rapidly over recent decades, a side effect to treatment is decreased fertility later in life. A potential treatment would be to harvest, freeze, and reimplant testicular tissue, which contains stem cells, a procedure which has recently been shown in a macaque model to restore fertility, at least after short-term freezing.

Reimplantation is not possible for boys who are prepubertal and have been diagnosed with cancer. This raises the question about how long frozen SSCs (spermatogenic stem cells) can survive. To explore this question the authors frozen rat SSCs which had been stored in the laboratory for more 23years and then implanted them into so-called “nude” mice. These mice lack the immune system that could reject foreign tissue.

They compared the ability of the long-frozen SSCs to generate viable sperm to SSCs frozen for only a few months, and to freshly harvested SSCs, all from a single rat colony maintained over several decades.

The authors discovered that long-frozen SSCs could colonize mouse testis cells and produce all the required cell types to support successful sperm formation, although not as strong as SSCs made from more recent tissue samples. While the long-frozen SSCs had similar profiles of gene expression changes compared to the other samples, they made fewer elongating spermatids, which go on to form swimming sperm.

These results have important implications.

First, they point out the importance of in situ testing of SSC viability, rather than relying on biochemical or cellular biomarkers, in determining the potential of cryopreserved cells, which may not reflect the actual loss of stem cell potential over time. The second is that there are currently no protocols for expanding human SSCs to allow for reimplantation. This requirement will be met by clinical research of the treatment. Such protocols would need to take into account time-dependent degrading viability. Human SSCs may be similar in function and appearance as those of rats. Finally, and this is the good news, viability is by no means lost during long-term cryopreservation, suggesting that it may be possible to identify and mitigate the key drivers of loss of viability, in order to improve the reproductive options of boys whose childhood cancers are successfully treated.

Whelan adds, “Our study showed that rat spermatogonial stem cells can be successfully frozen for over 20 years, transplanted into an infertile recipient animal and regenerate the ability to produce sperm, albeit at a reduced rate. This could provide a method to recover the loss of fertility in prepubertal boys treated for cancer.”