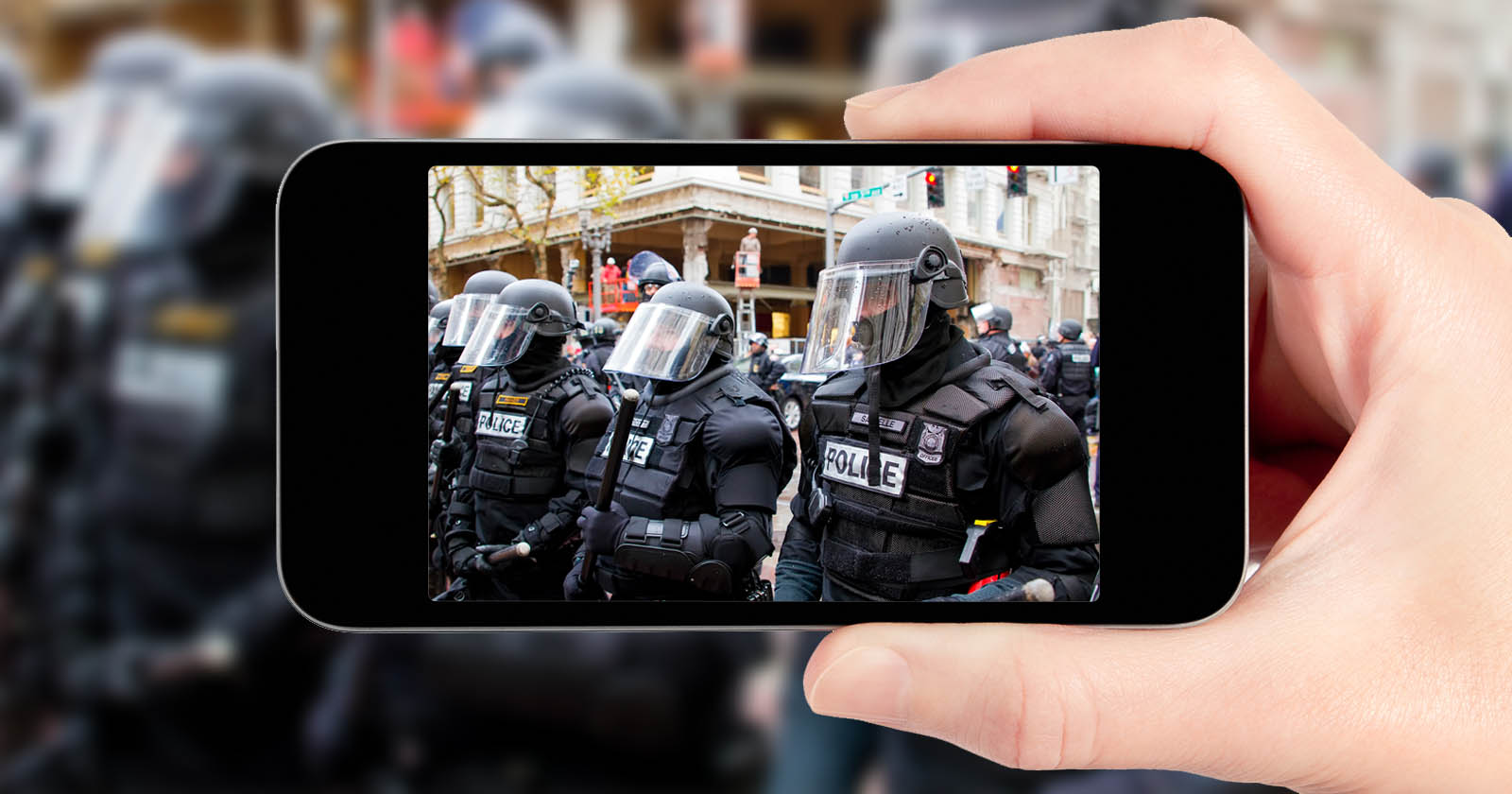 A federal judge has halted the controversial new state law in Arizona that bans people from photographing and filming police officers within 8 feet. The new law, which opponents have slammed as a violation of free speech, was to go into effect on September 24th.

The Arizona Republic reports that U.S. District Court Judge John Tuchi took the side of those critics on Friday, halting the enforcement of House Bill 2319 with a preliminary injunction and setting a one-week deadline for any state agency willing to fight for the law to speak up.

The Associated Press reports that Tuchi’s swift decision was made after Republican Arizona Attorney General Mark Brnovich and the prosecutor and sheriff’s office in Maricopa County told the judge that they were not planning to defend the law.

HB 2319 was signed into law back on July 6th by Arizona Governor Doug Ducey, and it imposes penalties of a misdemeanor charge and up to thirty days in jail for anyone who captures police activity from within the off-limits distance of 8 feet (2. 5 meters) — or closer if the office remands that the person stop. Furthermore, officers can order someone on private property to stop recording if they determine the action is interfering with their duties or that the area is unsafe, even if the person is filming with the property owner’s permission.

Critics of the law include media outlets, journalism groups (such as the National Press Photographers Association (NPPA)), and civil rights activists.

“Setting one-size-fits-all conditions like “arbitrary distances” of 8 feet for filming police just doesn’t work,” said @nppalawyer . If an officer comes within just a few feet of someone, it’s not clear if they are breaking the law.
@NPPA https://t.co/HBRWV1udgv

Photojournalists have also argued that the law would make it difficult or impossible to cover certain newsworthy events.

Smartphone cameras have become ubiquitous, and bystander photos and videos captured with them have been credited in recent times with exposing police misconduct. These images are critical components of transparency and oversight by the police, according to free speech supporters. Supporters of HB 2319, however, argue that the limits are necessary to thwart those who deliberately use their cameras to hinder police officers from carrying out their duties.

Republican Representative John Kavanagh, the retired police officer who sponsored the law, says he is surprised by Brnovich refusing to defend it.

I assumed that Brnovich would perform his duties as attorney for the state and defend a state law,” Kavanagh told AP. “We are trying to get together with the (House) speaker and the (Senate) president and see if the Legislature will defend it, but there’s also the possibility of some outside group possibly stepping up. […]

” I think [the law] seems absurdly reasonable. If my limitation of it to only these police officers in all encounters is what is causing the problem, then how ironic is that trying to restrict the government’s reach is against the Constitution. But I guess that’s the world we live in.”

Kavanagh notes that his original bill had already been changed several times in response to the ACLU’s concerns, including reducing the distance from 16 feet to 8 feet, limiting the scope of police activities it applies to (including the questioning of suspects and encounters involving mental/behavioral health issues) and exempting certain people from the ban (including the subjects of police interactions and those in stopped cars).

Matthew Kelley, the DC-based lawyer who is representing the media plaintiffs in the ongoing legal battle, celebrated the judge’s decision as a win for First Amendment protections.

“There wasn’t anything in the law that said the person recording has to be interfering with law enforcement or harassing officers or otherwise doing something that would create a danger or a distraction,” Kelley tells AP. It prohibited simply being there and making a recording. And since that’s activity that’s protected by the First Amendment, this law was on its face unconstitutional.”

If no party steps forward to defend the law, the preliminary injunction seems poised to become a permanent one, and this legal battle in Arizona would become one of a number of cases in recent years in which the courts have decided to allow bystanders to record police without restriction.