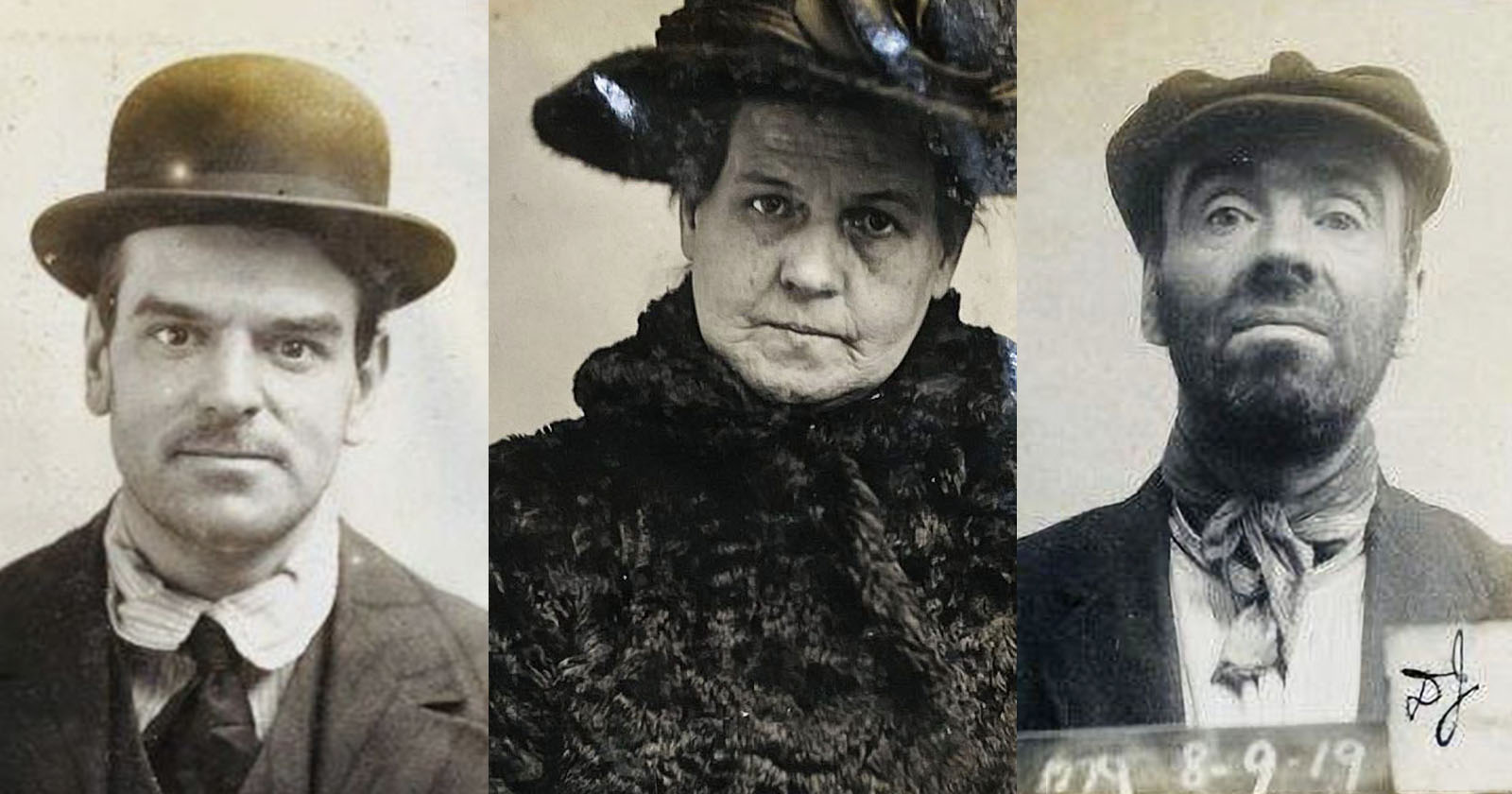 A police photo album from the Victorian era that features criminal mugshots will go to auction after it was saved from a dumpster.

The remarkable set of images found in an old police ledger in the U.K. contains photos of a woman who was wrongfully convicted of plotting to kill the British prime minister.

Others in the book were arrested for theft, burglary, shoplifting, housebreaking, and assault. However, some were arrested for petty crimes such as stealing a bag of soot, bad language, or even being an “incorrigible rogue.”

The amazing ledger was found by the seller’s father who was a police officer in the city of Derby, England.

“The book was rescued by my father, a police officer at the time when he was working for Derby Borough Police more than 40 years ago,” the 53-year-old seller says.

“The station was clearing out some garages and store rooms at an old police station in Derby. My father rescued it from being thrown into the skip. He thought it was too interesting to end up in a landfill,” he explains.

“Unfortunately, my dad is no longer with us, so I can’t ask him for more details. He passed it to me 30 years ago. It’s been sitting in a cupboard ever since and rarely sees the light of day.”

Among the more notable entries is that of Alice Wheeldon, a suffragette and anti-war campaigner. In 1917, Wheeldon and her daughter Winnie and son-in-law Alfred Mason were convicted of conspiracy to murder the then British Prime Minister Lloyd George.

The evidence against Wheeldon was flimsy and her defiant stance against the government led the authorities to convict her on any grounds. It was known that Wheeldon sheltered young men who ran from conscription during the First World War and an undercover agent posed as a conscientious objector in a bid to convict her.

“In Derby, Alice Wheeldon is now viewed as a hero for her anti-war and suffragette stance and wrongful conviction. She’s been honored with a plaque and a star in the city’s Walk of Fame,” adds the seller.

Jim Spencer, an expert from Hansons Auctioneers, says he was amazed by how many individuals were featured in the book and struck by the range of offenses.

“The overwhelming feeling for me is quite tragic, with petty thefts being committed by desperate people living in poverty. There is a sense of societal division between the majority of criminals dressed in cloth caps, stealing food and clothing, and the occasional gentleman wearing a bowler hat charged with embezzlement,” Spencer says.

“Many of the women have previous convictions for prostitution, and many of the men have been charged for living on the earnings of prostitution. In some instances, a husband and wife have each been convicted for causing their children to beg,” he says.

“Some convictions seem shockingly petty, such as ‘stealing a tin of pine apple’, ‘stealing a bag of soot’, ‘stealing growing apples’, and some are bizarrely vague, like ‘incorrigible rogue’. This makes it all the more surprising to stumble upon a conviction for conspiracy to murder a prime minister,” he adds.

“Alice Wheeldon is a famous name, and it’s quite surreal to see the original mug shots of her and her family members. For me, this makes the book of serious importance. I’m grateful the vendor’s father rescued this valuable primary resource for historians,” Spencer says.

“Of course, it’s hard to predict what the collectible, monetary value will be for something like this, but it feels important enough for me to guide at £2,000-3,000.”

The police ledger will be offered in Hansons Auctioneers’ October 19 Library Auction. For more, email jspencer@hansonsauctioneers.co.uk.