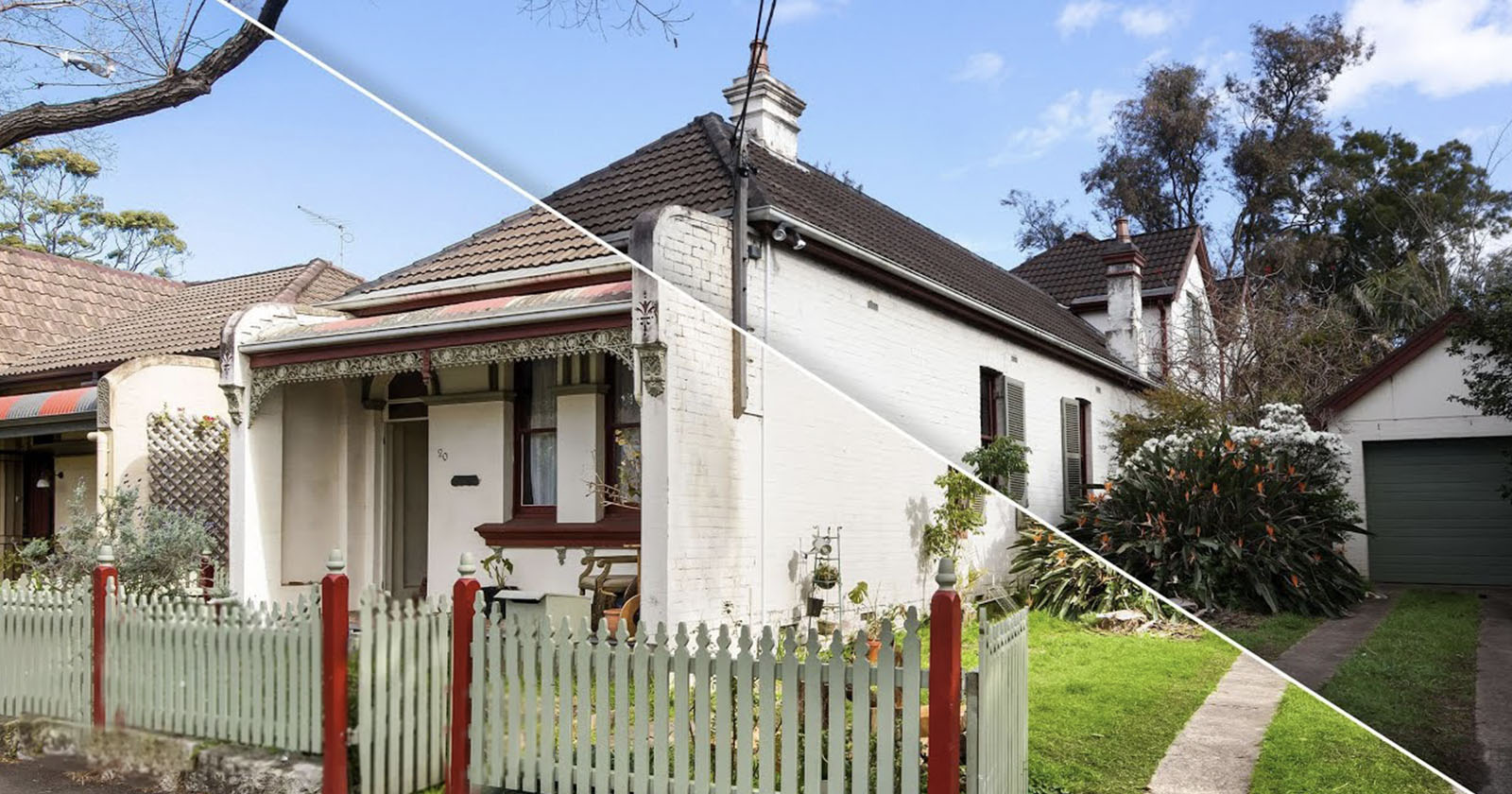 Guardian Australia picture editor, Carly Earl, went to a property in Sydney and took photos of the same location alongside a professional real estate photographer to show the vast differences the two captured.

In the first example, a photo of a pool was taken in which the real estate photo editors had increased the saturation of the trees and sky “to make it a lot sunnier and vibrant than it actually is.”

“The other thing you’d notice is that it appears to be Photoshopped in the fact that there are no leaves at the bottom of the pool anymore and that definitely makes it feel a lot more inviting,” says Earl.

In the next example, a shot of a living room is shown where the professional had filled in the shadows as well as shooting on a wider lens to make the room appear larger than it is.

“This is something they generally do in smaller houses to create the feeling of space,” explains Earl.

Perhaps most surprisingly of all, the professional Photoshopped a fire going where none was before.

“In my photo, there wasn’t a roaring fireplace going on at this point. But they added it in order to show warmth and give the feeling of being warm in the living room,” Earl explains.

For the exterior shot of the property, the professional had filled in the lawn where it was mainly mud.

The whole picture looks bright. It looks like there is grass up the driveway, when in fact there isn’t.” Earl says.

And like the pool photo, the editors had increased the saturation to make the greens and the sky look extra punchy.

According to the accompanying article on The Guardian website, fair trading rules in Australia dictate that real estate photographs must convey “accurate information” for the buyer or renter.

An image that “leads you to believe in a certain state of affairs” can be misleading. The maximum penalty for breaking Australian Consumer Law is $1. 1m for a company.

A picture of a fireplace that is burning in an area where none was allowed by Hayden Groves (Real Estate Institute of Australia President), as long as it can be lit.

The anonymous photographer who Guardian Australia hired says that she regularly uses two exposures for an outside shot and maybe three or four inside to make a well-balanced composite.

“Lots of places can look really, really shabby. They’re falling apart. The photographer says that with the correct frames and lighting we can still take photos.