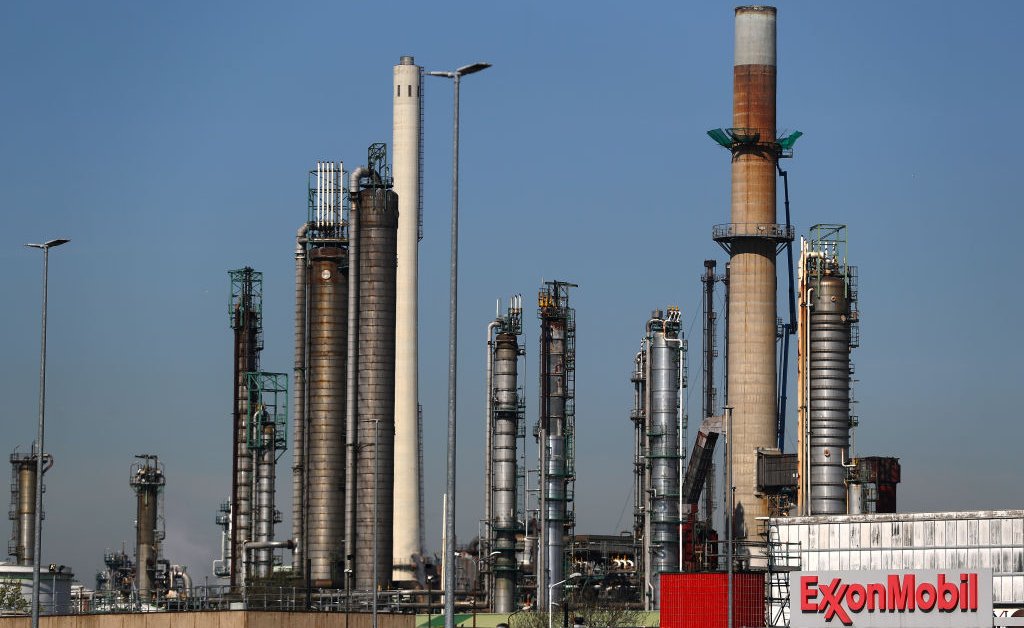 (DENVER) — Exxon Mobil’s scientists were remarkably accurate in their predictions about global warming, even as the company made public statements that contradicted its own scientists’ conclusions, a new study says.

The study in the journal Science Thursday looked at research that Exxon funded that didn’t just confirm what climate scientists were saying, but used more than a dozen different computer models that forecast the coming warming with precision equal to or better than government and academic scientists.

This was at the time when the oil titan publicly doubted the existence of warming and discredited climate models’ accuracy. Exxon said its understanding of climate change evolved over the years and that critics are misunderstanding its earlier research.

Scientists, governments, activists and news sites, including Inside Climate News and the Los Angeles Times, several years ago reported that “Exxon knew” about the science of climate change since about 1977 all while publicly casting doubt. What the new study does is detail how accurate Exxon funded research was. From 63% to 83% of those projections fit strict standards for accuracy and generally predicted correctly that the globe would warm about . 36 degrees (. 2 degrees Celsius) a decade. Naomi Oreskes (a Harvard professor of science history), said that the Exxon-funded science had been “actually amazing” in precision and accuracy. But she added so was the “hypocrisy because so much of the Exxon Mobil disinformation for so many years … was the claim that climate models weren’t reliable.”

Study lead author Geoffrey Supran, who started the work at Harvard and now is a environmental science professor at the University of Miami, said this is different than what was previously found in documents about the oil company.

“We’ve dug into not just to the language, the rhetoric in these documents, but also the data. And I’d say in that sense, our analysis really seals the deal on ‘Exxon knew’,” Supran said. It “gives us airtight evidence that Exxon Mobil accurately predicted global warming years before, then turned around and attacked the science underlying it.”

The paper quoted then-Exxon CEO Lee Raymond in 1999 as saying future climate “projections are based on completely unproven climate models, or more often, sheer speculation,” while his successor in 2013 called models “not competent.”

Exxon’s understanding of climate science developed along with the broader scientific community, and its four decades of research in climate science resulted in more than 150 papers, including 50 peer-reviewed publications, said company spokesman Todd Spitler.

“This issue has come up several times in recent years and, in each case, our answer is the same: those who talk about how ‘Exxon Knew’ are wrong in their conclusions,” Spitler said in an emailed statement. “Some have sought to misrepresent facts and Exxon Mobil’s position on climate science, and its support for effective policy solutions, by recasting well intended, internal policy debates as an attempted company disinformation campaign.”

Similar lawsuits from New York to California have claimed that Exxon and other oil and gas companies launched public relations campaigns to stir doubts about climate change. In one, then-Massachusetts Attorney General Maura Healey said Exxon’s public relations efforts were ” reminiscent of the tobacco industry’s long denial campaign about the dangerous effects of cigarettes.”

Oreskes acknowledged in the study that she has been a paid consultant in the past for a law firm suing Exxon, while Supran has gotten a grant from the Rockefeller Family Foundation, which has also helped fund groups that were suing Exxon. The Associated Press receives some foundation support from Rockefeller and maintains full control of editorial content.

Oil giants including Exxon and Shell were accused in congressional hearings in 2021 of spreading misinformation about climate, but executives from the companies denied the accusations.

University of Illinois atmospheric scientist professor emeritus Donald Wuebbles told The Associated Press that in the 1980s he worked with Exxon-funded scientists and wasn’t surprised by what the company knew or the models. It’s what science and people who examined the issue knew.

“It was obvious that Exxon Mobil was aware of what was happening, Wuebbles stated. The problem was that they paid people to spread misinformation. That’s the big issue.”

There’s a difference between the “hype and spin” that companies do to get you to buy a product or politicians do to get your vote and an “outright lie … misrepresenting factual information and that’s what Exxon did,” Oreskes said.

Several outside scientists and activists said what the study showed about Exxon actions is serious.

“The harm caused by Exxon has been huge,” said University of Michigan environment dean Jonathan Overpeck. “They knew that fossil fuels, including oil and natural gas, would greatly alter the planet’s climate in ways that would be costly in terms of lives, human suffering and economic impacts. And yet, despite this understanding they choose to publicly downplay the problem of climate change and the dangers it poses to people and the planet.”

Cornell University climate scientist Natalie Mahowald asked: “How many thousands (or more) of lives have been lost or adversely impacted by Exxon Mobil’s deliberate campaign to obscure the science?”

Critics say Exxon’s past actions on climate change undermine its claims that it’s committed to reducing emissions. InfluenceMap, which analyzes the data of how corporations are influencing climate policies and has tracked Exxon and other companies lobbying against the Paris Agreement, found that Exxon was actively lobbying to undermine the Paris Agreement’s goals. All the evidence we’ve seen suggests that efforts to stop climate action continue to this day. This means that Exxon is prioritizing oil and gas industries from the “potentially existsential” threat of climate changes, according to Faye Holder (programme manager at InfluenceMap).

“The messages of denial and delay may look different, but the intention is the same.”