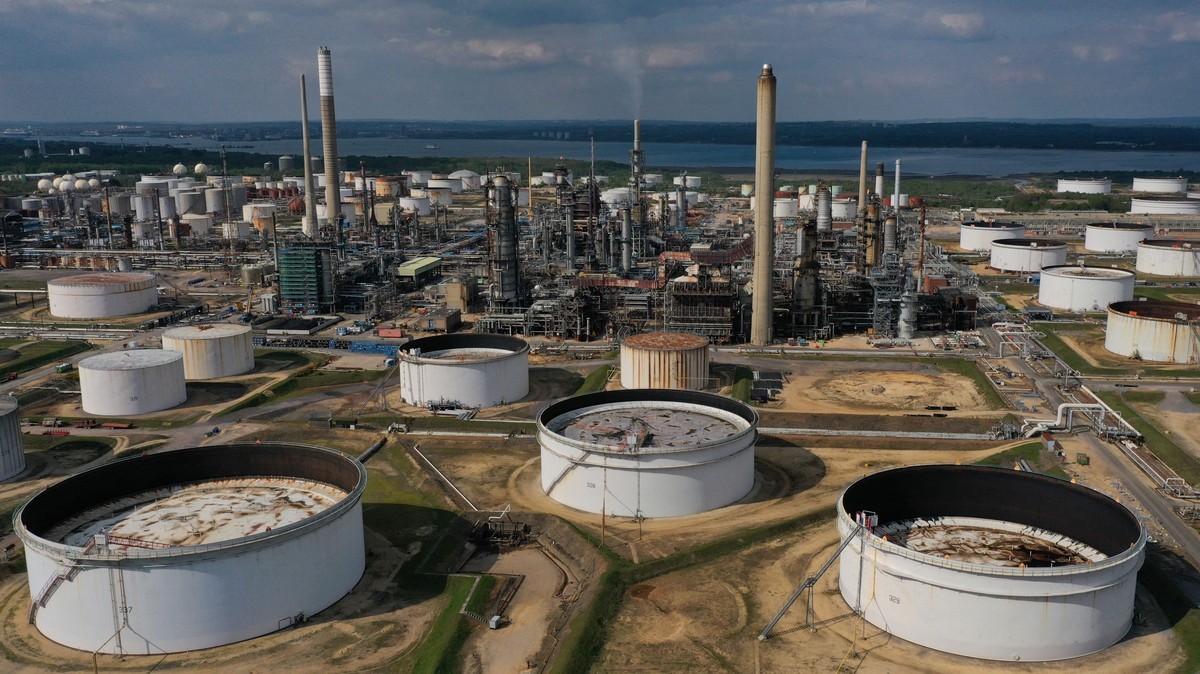 Researchers have exposed galling new details about how ExxonMobil, one of the world’s biggest oil and gas companies, predicted the disastrous effects of climate change driven by the consumption of fossil fuels more than 40 years ago, even as the company’s leadership publicly denied its own internal data, reports a new study.

The authors of the study hope it could bolster efforts to hold bad actors in the oil and gas industry accountable for misleading the public about the dangers of climate change, and squandering precious time in the effort to mitigate its worst consequences.

ExxonMobil’s flagrant hypocrisy about anthropogenic climate change was dragged into view in 2015 by investigative journalists who obtained internal company documents that proved the company was aware of global warming—and its causes—as early as 1977. The report provoked a massive public backlash, encapsulated by the popular hashtag #ExxonKnew, that has galvanized activists, lawyers, politicians, and other stakeholders to seek justice for the company’s deception.

Now, experts led by Geoffrey Supran, a historian of science at Harvard University, have revealed that ExxonMobil not only knew that fossil fuels were driving climate change decades ago, it actually produced some of the most accurate and skillful projections of global warming at that time. These predictions have so far largely held true until now, when rising temperatures have caused escalating natural disasters, biodiversity loss, and other calamities.

Whereas past reports focused on textual evidence of the company’s knowledge, Supran and his two co-authors—Stefan Rahmstorf, a climate scientist at Potsdam University, and fellow Harvard science historian Naomi Oreskes—present the first quantitative review of ExxonMobil’s early numerical and graphical data on climate science.

The results revealed that “ExxonMobil was aware of contemporary climate science, contributed to that science, and predicted future global warming correctly,” according to the team’s new research, which was published on Thursday in Science. While many scientists who worked for ExxonMobil have come forward about this knowledge, the company’s leadership denied those results in public for years.

“This is #ExxonKnew2.0,” Supran said in an email to Motherboard. “We now have airtight, unimpeachable evidence that ExxonMobil accurately predicted global warming years before it turned around and publicly attacked climate science and scientists. Our findings show that ExxonMobil’s public denial of climate science contradicted its own scientists’ data. This corroborates and adds statistical precision to the prior conclusions of scholars, journalists, lawyers, and politicians.”

Todd Spitler, senior advisor of corporate media relations at Exxon Mobil Corporation, emailed the following statement to Motherboard in response to the study.

“This issue has come up several times in recent years and, in each case, our answer is the same: those who talk about how ‘Exxon Knew’ are wrong in their conclusions,” Spitler said. “In 2019, Judge Barry Ostrager of the NY State Supreme Court listened to all the facts in a related case before him and wrote: ‘What the evidence at trial revealed is that ExxonMobil executives and employees were uniformly committed to rigorously discharging their duties in the most comprehensive and meticulous manner possible….The testimony of these witnesses demonstrated that ExxonMobil has a culture of disciplined analysis, planning, accounting, and reporting.”

The new study by Supran and his colleagues was born a few years ago on Twitter, after Rahmstorf tweeted a graphic that overlaid ExxonMobil’s 1982 climate projection graph with real-world temperature increases in recent decades.

“Stefan [Rahmstorf] reached out to us about his initial work on this, and collectively we began to realize that despite all the scrutiny on ExxonMobil’s climate rhetoric over the past few years, the company’s actual climate projections have never been assessed,” Supran recalled. “The data have been hiding in plain sight.”

“We decided to expand that Twitter meme, and subject it to peer-review!” he added. “In that sense, our investigation uncovers new data in old documents.”

The similarities between Exxon’s climate predictions, and what has actually unfolded, are so striking that Representative Alexandria Ocasio-Cortez used the Rahmstorf’s work to question Martin Hoffert, a climate scientist who worked as a consultant for ExxonMobil in the 1980s, during a 2019 House Committee Hearing (Oreskes was also a witness at the hearing). Hoffert memorably quipped to Ocasio-Cortez that he and his colleagues were “excellent scientists” who accurately foresaw the trajectory of anthropogenic climate change.

“We were doing really quality work and I was very happy with what we were doing,” Hoffert said in a call with Motherboard. “I was also very happy that we were able to get a major energy company, an oil company, involved in the research because I thought that would increase the credibility of climate change” at a time when “climate change had started to become a politically controversial issue.”

Hoffert is now a retired professor emeritus of physics at New York University, but he has continued to speak out about his experience working with ExxonMobil, as have many other scientists who produced climate research for the company from the 1970s onward.

The results lay out ExxonMobil’s mostly-accurate projections of global mean surface temperatures, and also show that the company “correctly rejected the prospect of a coming ice age, accurately predicted when human-caused global warming would first be detected, and reasonably estimated the ‘carbon budget; for holding warming below 2°C,” according to the study.

The researchers also revealed that climate projections presented during a 1982 internal briefing entitled the “CO2 ‘Greenhouse’ Effect” were subsequently widely distributed within ExxonMobil management, and were labeled as “proprietary information for authorized company use only.”

“Exxon was privately explicit about the purpose of its engagement in climate science research, which…was essentially for a combination of information gathering and legitimacy building,” Supran said.

This information “fed into the company’s broader corporate issues management strategy for managing the potential threat of global warming to its business interests,” he continued. “When they and the broader fossil fuel industry launched their massive campaign to discredit climate science and scientists in the late 1980s, they appear to have done so well aware of the emerging consensus on human-caused global warming.”

In an interview, Hoffert said it became “more and more aggravating” to watch ExxonMobil leaders, such as its former CEO Lee Raymond, spread “incredibly ill-informed” information that concealed the scientific consensus on climate change.

“Lee Raymond was giving talks and he would say most of the CO2 in the atmosphere is coming from the biosphere, which emits so much carbon into the atmosphere, without saying that it also absorbs almost the same amount of carbon,” Hoffert said. “If I had a graduate student who did that on an exam, he would not do very well.”

Today, people and ecosystems around the world are suffering the mounting damage of anthropogenic climate change. Warming global temperatures are intensifying natural disasters, such as wildfires, hurricanes, and heatwaves. Sea level rise is literally wiping communities off the map. The pace of change is pushing species across the globe beyond their limits, threatening biodiversity and the global food supply. The future that ExxonMobil so accurately projected, and so unscrupulously lied about in public, has unfolded into a very real and catastrophic present.

Supran and his colleagues hope their work might help to ensure accountability for the cynical strategies employed by ExxonMobil, and similar organizations that deliberately muddied the waters about climate change. The new study offers more grist for these efforts, which include lawsuits, political movements, and civil activism.

“I’m not a lawyer of course, but the impression I get from those I’ve spoken with is that quantitative evidence such as ours can be compelling,” Supran said. “Our previous research, which has also taken a quantitative approach to a topic traditionally dominated by qualitative historical and journalistic techniques, is cited in many ongoing climate accountability cases, including litigation, political investigations, and grassroots advocacy. So I imagine that our new paper has the potential to help inform further accountability efforts.”

“There’s also, of course, the court of public opinion, in which I suspect simple visuals proving Exxon knew and misled on climate may prove powerful,” he concluded.