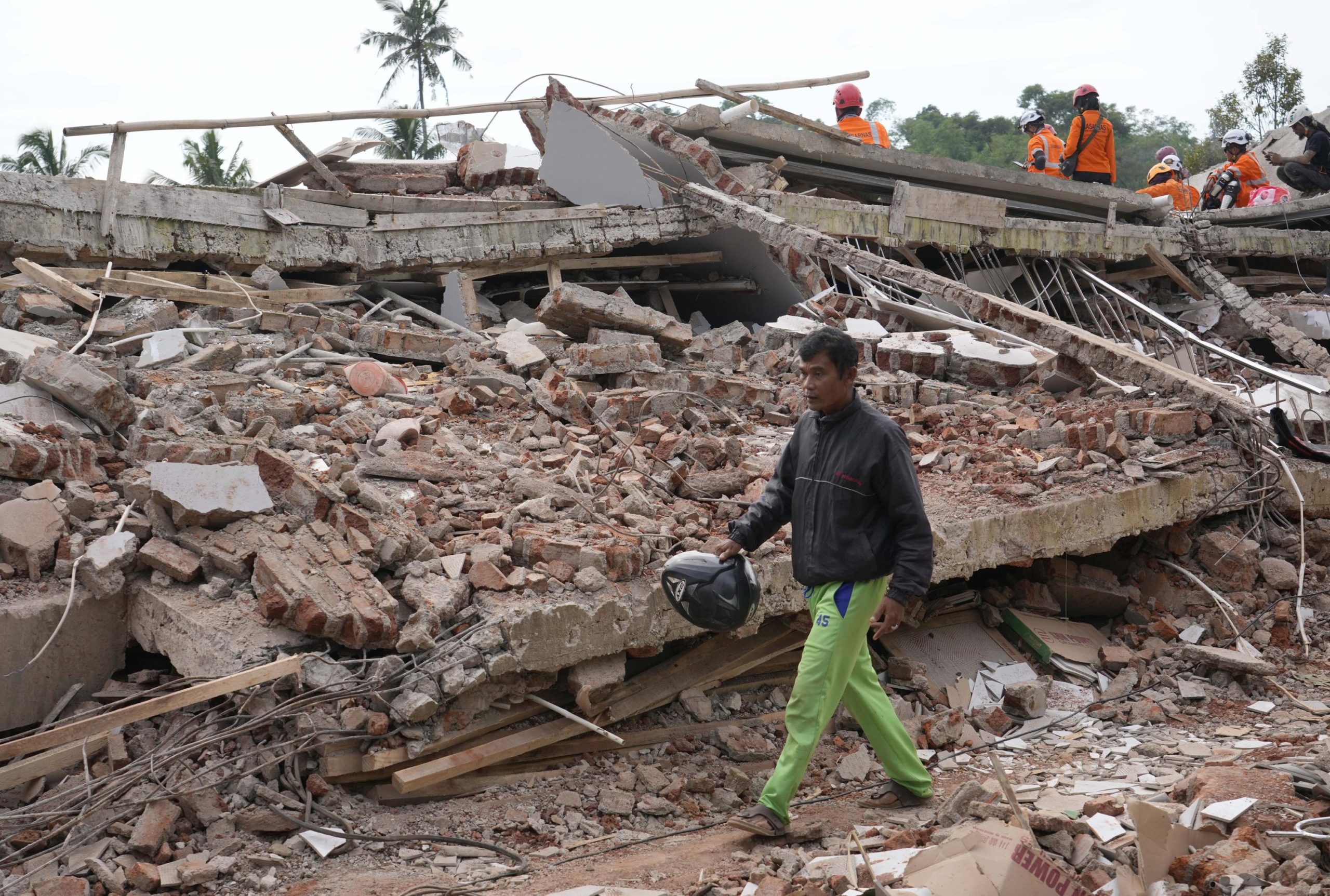 JAKARTA, Indonesia — A 5. 6 magnitude earthquake left more than 260 dead and hundreds injured as buildings crumbled and terrified residents ran for their lives on Indonesia’s main island of Java.

Bodies continued to be pulled from the debris on Tuesday morning in the hardest-hit city of Cianjur, located in the country’s most densely populated province of West Java and some 217 kilometers (135 miles) south of the capital, Jakarta. Many people remain missing.

While the magnitude would typically be expected to cause light damage to buildings and other structures, experts say proximity to fault lines, the shallowness of the quake and inadequate infrastructure that cannot withstand earthquakes all contributed to the damage.

Here’s a closer look at the earthquake and some reasons why it caused so much devastation:

The U.S. Geological Survey said the quake late Monday afternoon measured 5. 6 magnitude and struck at a depth of 10 kilometers (6. 2 miles).

Quakes of this size usually don’t cause widespread damage to well-built infrastructure. But the agency points out, “There is not one magnitude above which damage will occur. It depends on other variables, such as the distance from the earthquake, what type of soil you are on, building construction” and other factors.

Dozens of buildings were damaged in Indonesia, including Islamic boarding schools, a hospital and other public facilities. Also damaged were roads and bridges, and parts of the region experienced power blackouts.

SO WHY DID THE QUAKE CAUSE SO MUCH DAMAGE?

Experts said proximity to fault lines, the depth of the temblor and buildings not being constructed using earthquake-proof methods were factors in the devastation.

“Even though the earthquake was medium-sized, it (was) close to the surface … and located inland, close to where people live,” said Gayatri Marliyani, an assistant geology professor at Universitas Gadjah Mada, in Yogyakarta, Indonesia. “The energy was still large enough to cause significant shaking that led to damage.”

A fault is an area with a large break in rock which forms the earth’s surface. An earthquake can occur on any of these faults. The rock on the one side of the fault will slip relative to the other.

” This area has probably the greatest number of inland faults than any other part of Java,” stated Marliyani. She said that although there are some faults well-known in the region, many active faults remain unexplored.

Many buildings in the region are also not built with quake-proof designs, which further contributed to the damage, said Danny Hilman Natawidjaja, an earthquake geology expert at the Indonesian Institute of Sciences Geotechnology Research Center. This makes an earthquake of such size and depth more devastating,” he stated.

The country of more than 270 million people is frequently struck by earthquakes, volcanic eruptions and tsunamis because of its location on the arc of volcanoes and fault lines in the Pacific Basin known as the “Ring of Fire.” The area spans some 40,000 kilometers (25,000 miles) and is where a majority of the world’s earthquakes occur.

Many of Indonesia’s earthquakes are minor and cause little to no damage. But there have also been deadly earthquakes.

A powerful Indian Ocean quake and tsunami in 2004 killed 230,000 people in a dozen countries, most of them in Indonesia.

The post EXPLAINER: Why was Indonesia’s shallow quake so deadly? appeared first on Associated Press.