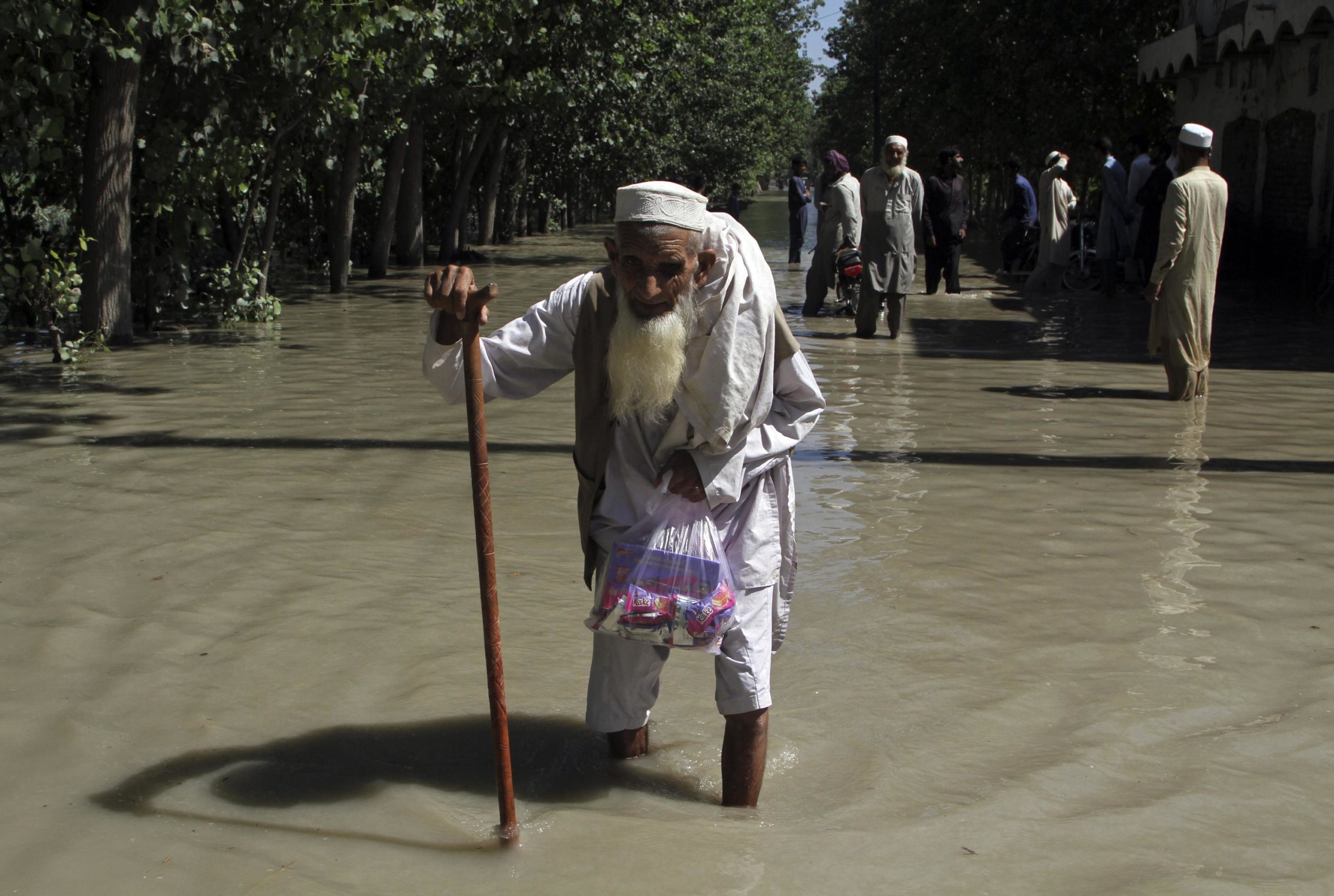 The flooding bears all the signs of a disaster caused by global warming. However, it’s too soon to officially assign responsibility to climate change according to several scientists. It occurred in a country that did little to cause the warming, but keeps getting hit, just like the relentless rain.

“This year Pakistan has received the highest rainfall in at least three decades. So far this year the rain is running at more than 780% above average levels,” said Abid Qaiyum Suleri, executive director of the Sustainable Development Policy Institute and a member of Pakistan’s Climate Change Council. “Extreme weather patterns are turning more frequent in the region and Pakistan is not a exception.”

Pakistan “is considered the eighth most vulnerable country to climate change,” said Moshin Hafeez, a Lahore-based climate scientist at the International Water Management Institute. Its rain, heat and melting glaciers are all climate change factors scientists warned repeatedly about.

While scientists point out these classic climate change fingerprints, they have not yet finished intricate calculations that compare what happened in Pakistan to what would happen in a world without warming. That study, expected in a few weeks, will formally determine how much climate change is a factor, if at all.

The “recent flooding in Pakistan” is an effect of climate change… which was already looming large, said Anjal Prakash (research director at India’s Bharti Institute of Public Policy). “The kind of incessant rainfall that has happened … has been unprecedented.”

Pakistan is used to monsoons and downpours, but “we do expect them spread out, usually over three months or two months,” said the country’s climate minister Rehman.

There are usually breaks, she said, and not as much rain — 37. 5 centimeters (14. 8 inches) falls in one day, nearly three times higher than the national average for the past three decades. “Neither is it so prolonged. … It’s been eight weeks and we are told we might see another downpour in September.”

There’s been a 400% increase in average rainfall in areas like Baluchistan and Sindh, which led to the extreme flooding, Hafeez said. At least 20 dams have been breached.

Warmer air holds more moisture — about 7% more per degree Celsius (4% per degree Fahrenheit) — and that eventually comes down, in this case in torrents.

Across the world “intense rain storms are getting more intense,” said Princeton University climate scientist Michael Oppenheimer. And he said mountains, like those in Pakistan, help wring extra moisture out as the clouds pass.

Instead of just swollen rivers flooding from extra rain, Pakistan is hit with another source of flash flooding: The extreme heat accelerates the long-term glacier melting then water speeds down from the Himalayas to Pakistan in a dangerous phenomena called glacial lake outburst floods.

“We are the most affected by the presence of glaciers in the region outside of the polar regions,” Rehman, climate minister said. “Instead of keeping their majesty and preserving them for posterity and nature. We are seeing them melt.”

Not all of the problem is climate change.

The disaster has struck a country with a low level of climate change, according to scientists and officials. Since 1959, Pakistan has emitted about 0. 4% of heat-trapping carbon dioxide, compared to 21. 5% by the United States and 16. 4% by China.

“Those countries that have developed or gotten rich on the back of fossil fuels, which are the problem really,” Rehman said. They will have to decide that this is a turning point in the world. We certainly have already reached that point because of our geographical location.”