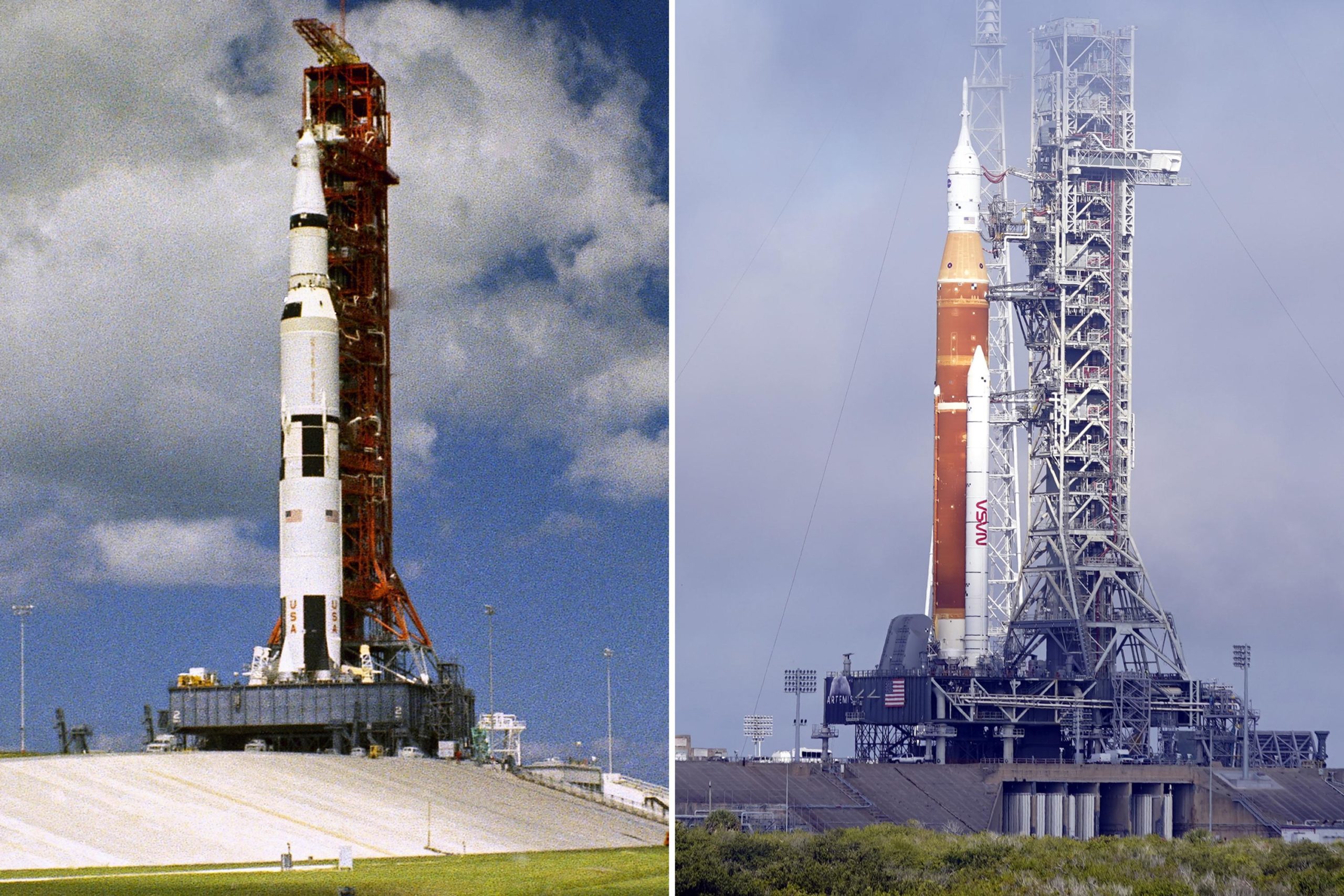 CAPE CANAVERAL, Fla. — Years late and billions over budget, NASA’s new moon rocket makes its debut next week in a high-stakes test flight before astronauts get on top.

The 322-foot (98-meter) rocket will attempt to send an empty crew capsule into a far-flung lunar orbit, 50 years after NASA’s famed Apollo moonshots.

If all goes well, astronauts could strap in as soon as 2024 for a lap around the moon, with NASA aiming to land two people on the lunar surface by the end of 2025.

The six-week test flight is risky and could be cut short if something fails, NASA officials warn.

“We’re going to stress it and test it. We’re going make it do things that we would never do with a crew on it in order to try to make it as safe as possible,” NASA Administrator Bill Nelson told The Associated Press on Wednesday.

The retired founder of George Washington University’s space policy institute said a lot is riding on this trial run. He noted that spiralling costs and the long gap between missions could make it difficult to recover if things don’t go according to plan.

“It’s supposed to be the initial step in a long-term program of human exploration on Mars and the Moon,” stated John Logsdon. “Will the United States have the will to push forward in the face of a major malfunction?”

The price tag for this single mission: more than $4 billion. Add everything up since the program’s inception a decade ago until a 2025 lunar landing, and there’s even more sticker shock: $93 billion. Here’s the rundown for the Artemis flight, which was named after Apollo’s mythological twin sister.

The new rocket is shorter and slimmer than the Saturn V rockets that hurled 24 Apollo astronauts to the moon a half-century ago. But it’s mightier, packing 8. 8 million pounds (4 million kilograms) of thrust. It’s called the Space Launch System rocket, SLS for short, but a less clunky name is under discussion, according to Nelson. Unlike the streamlined Saturn V, the new rocket has a pair of strap-on boosters refashioned from NASA’s space shuttles. The boosters will peel away after two minutes, just like the shuttle boosters did, but won’t be fished from the Atlantic for reuse. The core stage will keep firing before separating and crashing into the Pacific in pieces. An upper stage, Orion, will launch the capsule toward the moon two hours after liftoff.

NASA’s high-tech, automated Orion capsule is named after the constellation, among the night sky’s brightest. At 11 feet (3 meters) tall, it’s roomier than Apollo’s capsule, seating four astronauts instead of three. For this test flight, a full-size dummy in an orange flight suit will occupy the commander’s seat, rigged with vibration and acceleration sensors. Two other mannequins made of material simulating human tissue — heads and female torsos, but no limbs — will measure cosmic radiation, one of the biggest risks of spaceflight. A protective vest made from Israel is being tested on one torso. Unlike the rocket, Orion has launched before, making two laps around Earth in 2014. This time, the European Space Agency’s service module will be attached for propulsion and solar power via four wings.

Orion’s flight is supposed to last six weeks from its Florida liftoff to Pacific splashdown, twice as long as astronaut trips in order to tax the systems. It will take nearly a week to reach the moon, 240,000 miles (386,000 kilometers) away. After whipping closely around the moon, the capsule will enter a distant orbit with a far point of 38,000 miles (61,000 kilometers). That will put Orion 280,000 miles (450,000 kilometers) from Earth, farther than Apollo. The big test comes at mission’s end, as Orion hits the atmosphere at 25,000 mph (40,000 kph) on its way to a splashdown in the Pacific. The heat shield uses the same material as the Apollo capsules to withstand reentry temperatures of 5,000 degrees Fahrenheit (2,750 degrees Celsius). But the advanced design anticipates the faster, hotter returns by future Mars crews.

Besides three test dummies, the flight has a slew of stowaways for deep space research. Once Orion has hurled toward the moon, ten satellites of shoebox size will be released. These so-called CubeSats, which were placed in the rocket last year, didn’t have enough batteries to charge up as Orion kept being delayed. NASA expects some to fail, given the low-cost, high-risk nature of these mini satellites. The radiation-measuring CubeSats should be OK. Also in the clear: a solar sail demo targeting an asteroid. In a back-to-the-future salute, Orion will carry a few slivers of moon rocks collected by Apollo 11’s Neil Armstrong and Buzz Aldrin in 1969, and a bolt from one of their rocket engines, salvaged from the sea a decade ago. Aldrin isn’t attending the launch, according to NASA, but three of his former colleagues will be there: Apollo 7’s Walter Cunningham, Apollo 10’s Tom Stafford and Apollo 17’s Harrison Schmitt, the next-to-last man to walk on the moon.

More than 50 years later, Apollo still stands as NASA’s greatest achievement. Using 1960s technology, NASA took just eight years to go from launching its first astronaut, Alan Shepard, and landing Armstrong and Aldrin on the moon. By contrast, Artemis already has dragged on for more than a decade, despite building on the short-lived moon exploration program Constellation. Twelve Apollo astronauts have walked to the moon, but only for three days. For Artemis, NASA will be drawing from a diverse astronaut pool currently numbering 42 and is extending the time crews will spend on the moon to at least a week. It is hoped to establish a lunar presence for the long term that can be used to prepare for people going to Mars. NASA’s Nelson, promises to announce the first Artemis moon crews once Orion is back on Earth.

There’s a lot more to be done before astronauts step on the moon again. A second test flight will send four astronauts around the moon and back, perhaps as early as 2024. NASA plans to send four more astronauts up a year later. Two of these will touch down at the lunar south Pole. Orion doesn’t come with its own lunar lander like the Apollo spacecraft did, so NASA has hired Elon Musk’s SpaceX to provide its Starship spacecraft for the first Artemis moon landing. Moonwalking suits are also being developed by two other companies. The sci-fi-looking Starship would link up with Orion at the moon and take a pair of astronauts to the surface and back to the capsule for the ride home. So far, Starship has only soared six miles (10 kilometers). Musk wants to launch Starship around Earth on SpaceX’s Super Heavy Booster before attempting a moon landing without a crew. Starship must be fueled up at the Earth’s orbiting fuel depot before it can travel to the Moon.