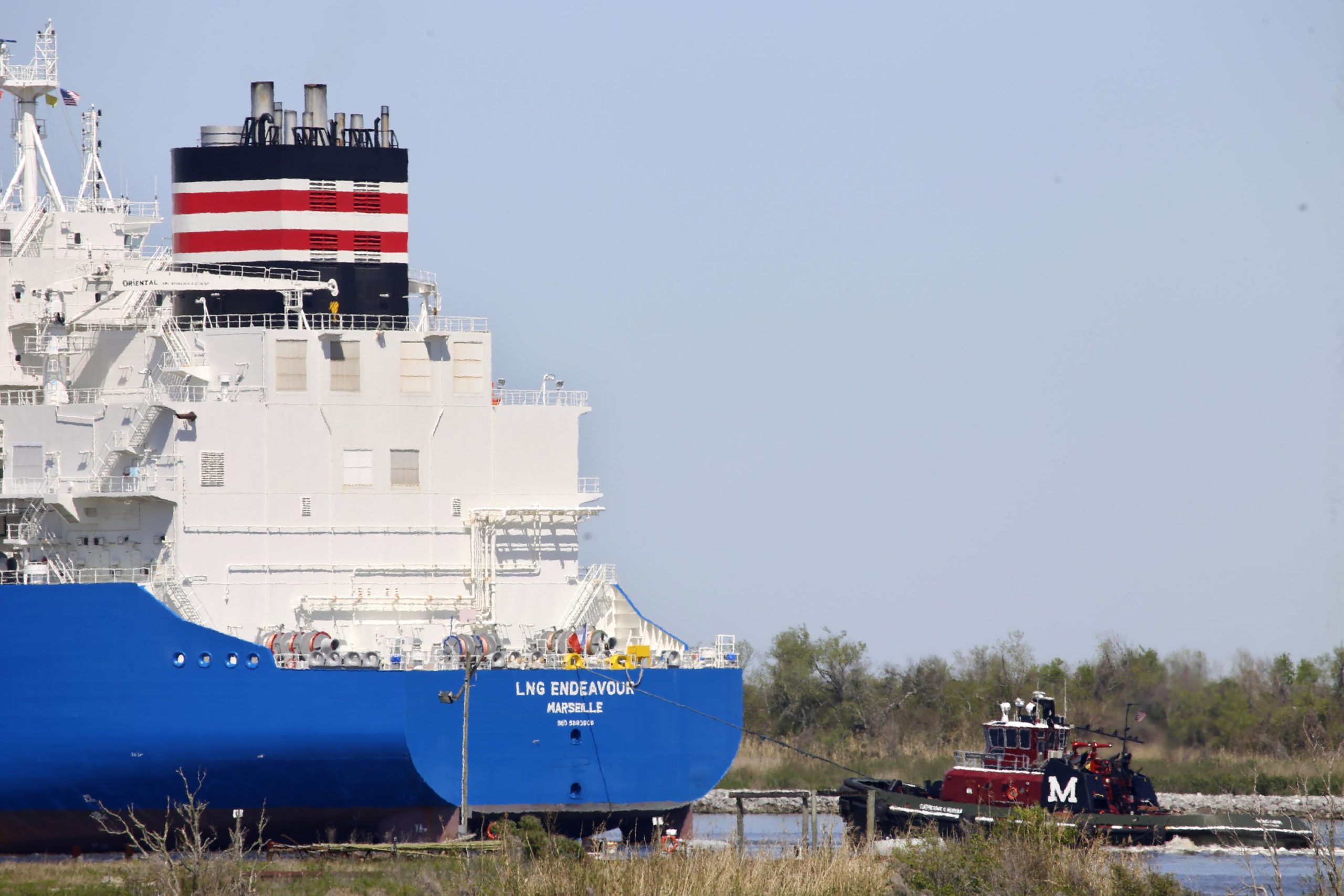 NEW YORK — As winter nears, European nations, desperate to replace the natural gas they once bought from Russia, have embraced a short-term fix: A series of roughly 20 floating terminals that would receive liquefied natural gas from other countries and convert it into heating fuel.

Yet the plan, with the first floating terminals set to deliver natural gas by year’s end, has raised alarms among scientists who fear the long-term consequences for the environment. They warn that these terminals would perpetuate Europe’s reliance on natural gas, which releases climate-warming methane and carbon dioxide when it’s produced, transported and burned.

Some scientists say they worry that the floating terminals will end up becoming a long-term supplier of Europe’s vast energy needs that could last years, if not decades. Such a trend could set back emission-reduction efforts that experts say haven’t moved fast enough to slow the damage being done to the global environment.

The United States is likely to supply much of Europe’s liquefied natural gases (or LNG) that it hopes to obtain. Russia invaded Ukraine, causing a severe blow to its relations with Europe. This led to the cutoff of much of Moscow’s natural gas supplies. The U.S. Gulf Coast is seeing an increase in export stations. Many residents are concerned over the increased drilling for natural gas, the loss of land, as well as the extreme weather effects associated with fossil fuel burning.

“Building this immense LNG infrastructure will lock the world into continued reliance on fossil fuels and continued climate damage for decades to come,” said John Sterman, a climate scientist at the Massachusetts Institute of Technology.

Natural gas contributes significantly to climate change — both when it’s burned, becoming carbon dioxide, and through leakages of methane, an even more potent greenhouse gas. Yet European nations, which for years have been leaders in shifting to cleaner energy, have proposed bringing more than 20 floating LNG terminals into their ports to help compensate for the loss of Russia’s natural gas.

The terminals, which tower over homes and stretch nearly 1,000 feet (304 meters), can store roughly 6 billion cubic feet (170,000 cubic meters) of LNG and convert it into gas for homes and businesses. They can be built faster and more cheaply than onshore import terminals, though they’re costlier to operate, according to the International Gas Union.

“Every country needs to prepare for a scenario where there may be a cut in Russian supplies,” said Nikoline Bromander, an analyst with Rystad Energy. “If you are dependent, you need to have a backup plan.”

Many environmental scientists argue that the money being earmarked for the ships — which cost about $500 million each to build, according to Rystad — would be better spent on rapidly adopting clean-energy or efficiency upgrades that could reduce energy consumption.

Constructing more solar or wind farms, which takes years, wouldn’t immediately replace Russian gas. But with adequate funding, Sterman suggested, greater energy efficiencies — in homes, buildings and factories, along with the deployment of wind, solar and other technologies — could vastly reduce Europe’s need to replace all the gas it’s lost.

Germany, among Europe’s strongest advocates for the floating LNG terminals, is expecting five of the ships and has committed roughly 3 billion euros to the effort, according to Global Energy Monitor. Germany also passed a law that will allow terminals to be developed faster, without the need for any environmental assessment.

“It’s totally obvious,” asserted Sascha Muller-Kraenner, CEO of Environmental Action Germany, that “the provisions of the law were developed in close dialogue with the gas industry.”

Germany’s government and energy industry have defended their embrace of the LNG terminals as an urgent response to the loss of most of the Russian gas they had long received, which they fear Moscow will shut off completely.

“In an exceptional situation such as this, where it’s a matter of Germany’s gas supply security, it is justified to accelerate the approval process,” Germany’s energy industry association, BDEW, said in a statement.

Susanne Ungrad, a spokeswoman for Germany’s Economy and Energy Ministry, noted that efforts are being made to lower methane emissions in exporting countries like the United States. And she said that in pursuing the construction of LNG terminals, Europe authorities will conduct comprehensive assessments.

Greig Aitken, an analyst at Global Energy Monitor, noted that a terminal that’s set to open near Gdansk, Poland, has signed contracts with American LNG suppliers that extend well past 2030. That could make it problematic for the European Union to meet its goal of reducing greenhouse gas emissions by at least 55% by 2030.

According to Rystad Energie, there are at least one floating LNG terminal in each of the following countries: Italy, France, Greece, Croatia, Estonia and Finland.

In some instances, supporters argue that the ships can aid environmental causes. Proponents point out, for instance, that Russian gas supplies are decreasing and communities have turned to coal burning, which produces much more carbon than natural gas. This would be less important if natural gas supplies were increased.

Still, methane can frequently leak along the natural gas supply chain. So in some cases, the net climate effect of burning natural gas may be no better than coal.

The U.N. Intergovernmental Panel on Climate Change has warned that continuing to use the fossil fuel infrastructure already in place would cause global warming to exceed 1. 5 degrees Celsius (2. 7 Fahrenheit). At that level, heat would be expected to worsen the flash floods, extreme heat, intense hurricanes and longer-burning wildfires that have resulted from climate change and have cost lives.

“It’s a bit disheartening that Europe, once the center of energy, action, and bold emission targets, is now home to such a drastic reduction in fossil fuel infrastructure, said Kim Cobb at Brown University. Three new terminals for Europe-bound LNG are being built in the United States. Eleven additional terminals and four expansions are in the planning stages. Ira Joseph is a veteran energy analyst who said that some export terminals which had been difficult to finance are seeing increased interest and investment.

” “What have you seen in the past two months? They’re signing up purchases and sales agreements right and left,” Joseph stated.

Rio Grande LNG, an export terminal proposed by Next Decade in Brownsville, Texas, for example, appeared to stall last year in the face of environmental protests. Engie from France and other Asian clients signed contracts this spring to purchase LNG from the terminal. Next Decade now believes it will be able to get all of the funding it requires.

Europe’s gas scarcity has escalated global LNG prices, leading buyers in China and elsewhere to sign long-term contracts with suppliers in the United States. American LNG exports will likely grow by 10 million tons over the next year, said Bromander, the Rystad analyst.

The floating LNG ships were designed to provide a temporary solution for keeping gas flowing while more sustainable energy options like solar and wind are developed. However, critics claim that it is unlikely that any ship designed to last for decades will stop operations in the short-term.

And in some cases, particularly in Germany, some of the proposed floating terminals appear to be paving the way for on-shore terminals that would be built to last 30 or 40 years — well past the point that nations should be burning fossil fuels, environmental groups say.

” Will they say “Oh, let’s take it to scrap yard ?,'” Sterman?” After the war has been resolved, and as everyone hopes, peace has been restored? “They’re not going to do that.”

AP Writer Frank Jordans in Berlin contributed to this report.