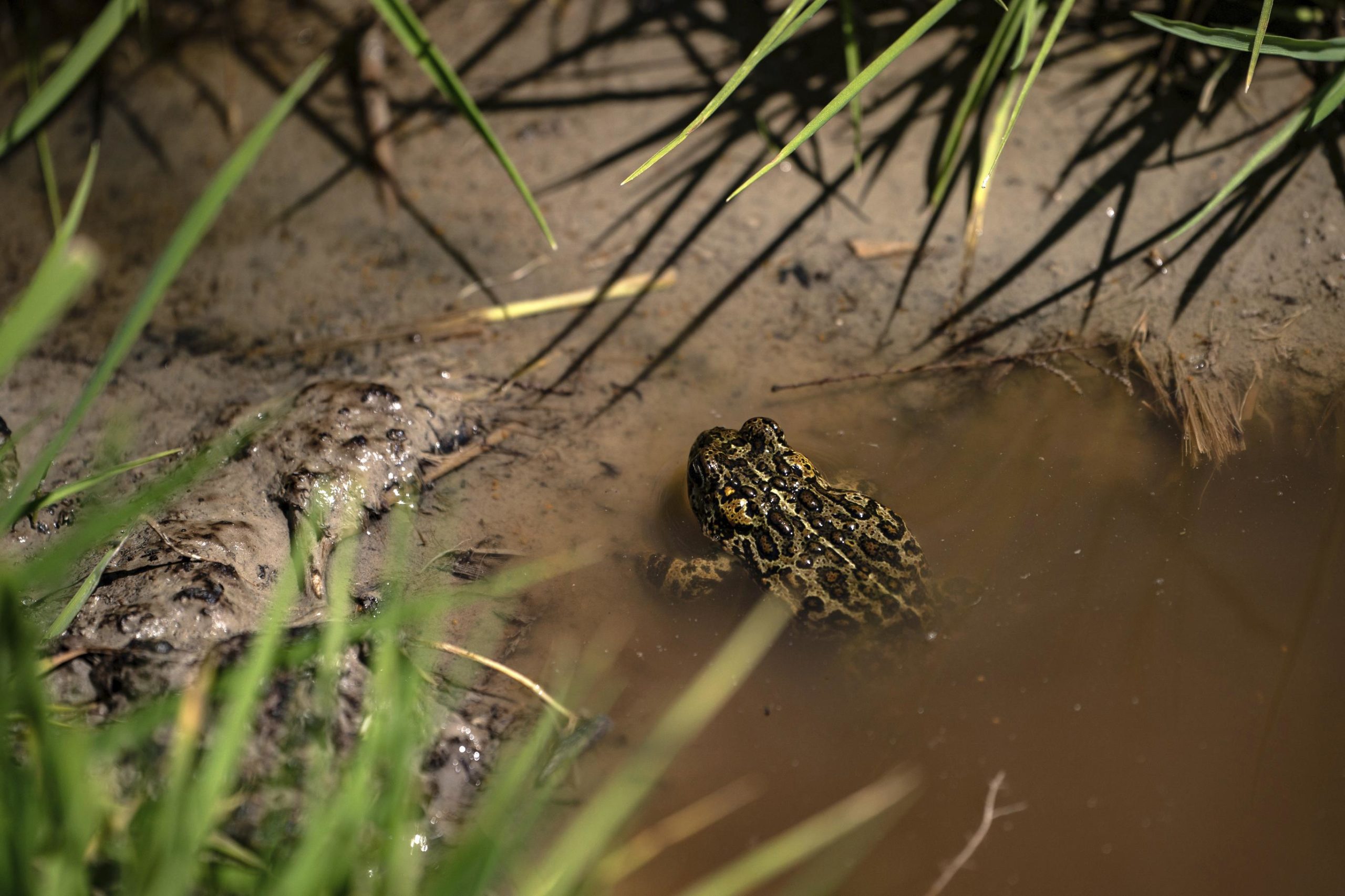 RENO, Nev. — A tiny Nevada toad at the center of a legal battle over a geothermal power project has officially been declared an endangered species after U.S. wildlife officials temporarily listed it on a rarely-used emergency basis last spring. This ruling is final for the Dixie Valley Toad,” U.S. Fish and Wildlife Service published a formal ruling Friday in Federal Register.

The spectacled quarter-sized amphibian is at “risk of extinction across its range primarily because of the approval and start of geothermal developments,” according to the service. Other threats to the toad are groundwater pumping and agriculture as well as climate change and disease.

The temporary listing in April marked only the second time in 20 years the agency had taken such emergency action.

Environmentalists who first petitioned for the listing in 2017 filed a lawsuit in January to block construction of the geothermal power plant on the edge of the wetlands where the toad lives about 100 miles (160 kilometers) east of Reno — the only place it’s known to exist on earth.

“We’re pleased that the Biden administration is taking this essential step to prevent the extinction of an irreplaceable piece of Nevada’s special biodiversity,” said Patrick Donnelly, Great Basin regional director for the Center for Biological Diversity.

The center and a tribe fighting the project say pumping hot water from beneath the earth’s surface to generate carbon-free power would adversely affect levels and temperatures of surface water critical to the toad’s survival and sacred to the Fallon Paiute-Shoshone Tribe.

The Fish and Wildlife Service cited those concerns in the final listing rule.

” The best information suggests that the geothermal project could lead to a significant decrease in spring flow, as well as a reduction in water temperature. These conditions may result in species not being able to persist,” said the agency.

“Because the species occurs in only one spring system and has not experienced habitat changes of the magnitude or pace projected, it may have low potential to adapt to a fast-changing environment,” it said. “We find that threatened species status is not appropriate because the threat of extinction is imminent.”

Officials for the Reno-based developer, Ormat Technology, said the service’s decision was “not unexpected” given the emergency listing in April. The company and U.S. Bureau of Land Management have been in contact with Ormat Technology over the past months to amend the plan to improve mitigation and decrease the threat to the survival of the toad.

The lawsuit over the original plan to build two power plants capable of producing 60MW of electricity is currently before U.S. District Judge Robert Jones in Reno. It’s already has made one trip to the 9th U.S. Circuit Court of Appeals refused to issue a temporary injunction in August blocking construction of the power station the bureau had approved in December 2021..

But Ormat declared that it would temporarily suspend work on the project, until next year, just hours following this ruling. Then in late October, the bureau and Ormat asked the judge to put the case on hold while Ormat submitted a new plan to build just one geothermal plant, at least for now, that would produce only 12MW of power.

Ormat Vice President Paul Thomsen said in an email to The Associated Press on Thursday that the company disagrees with the wildlife service’s “characterization of the potential impacts” of its project as a basis for the listing decision. He said it doesn’t change the ongoing coordination and consultation already under way to minimize and mitigate any of those impacts “regardless of its status under the Endangered Species Act.”

“Following the emergency listing decision, BLM began consultation with the FWS, and Ormat has sought approval of a smaller project authorization that would provide additional assurances that the species will not be jeopardized by geothermal development,” he said.

“As a zero-emissions, renewable energy facility, the project will further the Biden administration’s clean energy initiatives and support the fight against climate change,” Thomsen said.

“But it can’t come at the cost of extinction,” he said.