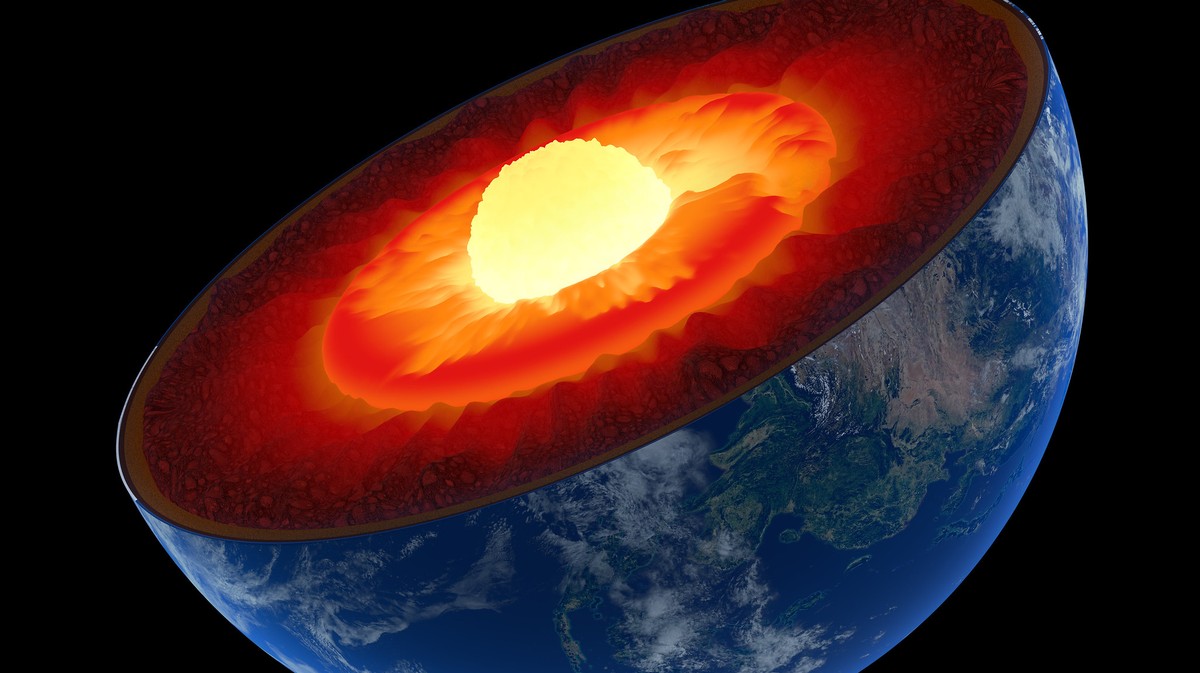 Earth’s inner core has recently stopped spinning, and may now be reversing the direction of its rotation, according to a surprising new study that probed the deepest reaches of our planet with seismic waves from earthquakes.

The mind-boggling results suggest that Earth’s center pauses and reverses direction on a periodic cycle lasting about 60 to 70 years, a discovery that might solve longstanding mysteries about climate and geological phenomena that occur on a similar timeframe, and that affect life on our planet.

Of course, it must be noted this is more or less the plot of the 2003 disaster film The Core, but there’s no need to worry about averting an impending apocalypse by nuking the center of Earth. While the core’s rotation influences Earth’s surface environment, scientists think this periodic spin switch is a normal part of its behavior that does not pose risks for life on our planet.

Earth’s inner core is a solid metal ball that is 75 percent the size of the Moon. It can spin at different speeds and directions compared to our planet because it is nestled within a liquid outer core, but scientists are not sure exactly how fast it spins or whether its speed varies over time.

Located some 3,000 miles beneath our feet, the core experiences such intense pressures that it is likely as hot as the surface of the Sun. Because it is so remote and difficult to study, the inner core remains one of the least understood environments on our planet, though it’s clear that it plays a role in many processes that make our world habitable to life, such as the generation of Earth’s protective magnetic field, which blocks harmful radiation from reaching the surface.

Now, Yi Yang and Xiaodong Song, a pair of researchers at Peking University’s SinoProbe Lab at School of Earth and Space Sciences, have captured “surprising observations that indicate the inner core has nearly ceased its rotation in the recent decade and may be experiencing a turning-back in a multidecadal oscillation, with another turning point in the early 1970s,” according to a study published on Monday in Nature Geoscience.

“If the two forces are not balanced out, the inner core will accelerate or decelerate,” they added. “Both the magnetic field and the Earth’s rotation have a strong periodicity of 60-70 years. We believe that the proposed 70-year oscillation of the inner core is driven by the electromagnetic and gravitational forces.”

Song has spent decades trying to unravel the mysteries of the inner core by studying seismic waves that pass through this distant region. His team first provided evidence that the inner core rotates in 1996. This was done by looking at the waves generated by earthquakes and measuring the time changes.

However, the origin of the temporal changes has been a matter of debate within the geoscience community ever since, as some scientists think the wave patterns arise from phenomena at the boundary between the outer and inner core. Song and Yang said that some researchers still believe the temporal shifts are not due to the inner-core rotating, but rather from deformation at an inner core boundary. With their new study, the pair “tried to gather more data over a longer duration to test different models.”

To that end, the team studied seismic waves that passed through the inner core made by earthquakes that occurred since the 1960s. In particular, they looked for “doublet” events, which are “repeating earthquakes with nearly identical waveforms at common receivers,” according to the study. Yang and Song could probe the inner core’s rotation by analysing the temporal differences between the doublets.

As it turned out, the temporal changes reached a minimum around 2009, suggesting that the inner core had paused rotation around this time, creating seismic observations that seem more static. The team was even more astonished when they identified a similar turning point in the early 1970s, hinting that the core stops and reverses rotation on a periodic cycle.

“Our results further support the inner-core rotation, and more interestingly, reveals the multidecadal pattern of the rotation,” Yang and Song said to Motherboard. The results provide a unique look at the searing hole of Earth, which is a mysterious region. It also offers big insights into understanding how we live on Earth’s surface.

For instance, the team notes that the same multidecade cycle has also been observed in Earth’s climate system, as global mean temperatures and sea level rises appear to oscillate every 60 to 70 years. The length of Earth’s day, which shifts slightly over time, also seems synced to the proposed cycle. According to the study, dynamic interactions may be implied between the layers deepest and most shallowest of the solid Earth system.

“We pointed the existence of similar periodicity of different observations, forming a

resonating system,” Yang and Song told Motherboard. The linkage is however less apparent at this time. The gravitational coupling between the inner core and the mantle may cause deformation at the Earth’s surface, which would affect the sea level. The changes of the sea level and the Earth’s rotation may affect the global atmosphere circulation and temperature. The resonance of different systems may also amplify the mutual interactions.”

It’s tantalizing to imagine that our most mundane experiences–such as the length of our days, and the climatic patterns that guide our local weather–might be sculpted by the rotational cycles of a weird metal ball at the center of our world. Untangling these nuances will require new models and continued observations of Earth’s enigmatic central realm.

Yang and Song stated that the next steps were to “build quantitative models of physical mechanisms in multi-decadal oscillation systems” and “to track how rotation changes in future.”

” We expect it will rotate westwards in relation to the Earth’s surface over the next years and decades,” concluded the pair. “Seismic waves are still the best way and thus continuous operation of high-quality seismic networks is crucial in this regard.”

The post Earth’s Core Has Stopped and May Be Reversing Direction, Study Says appeared first on VICE.