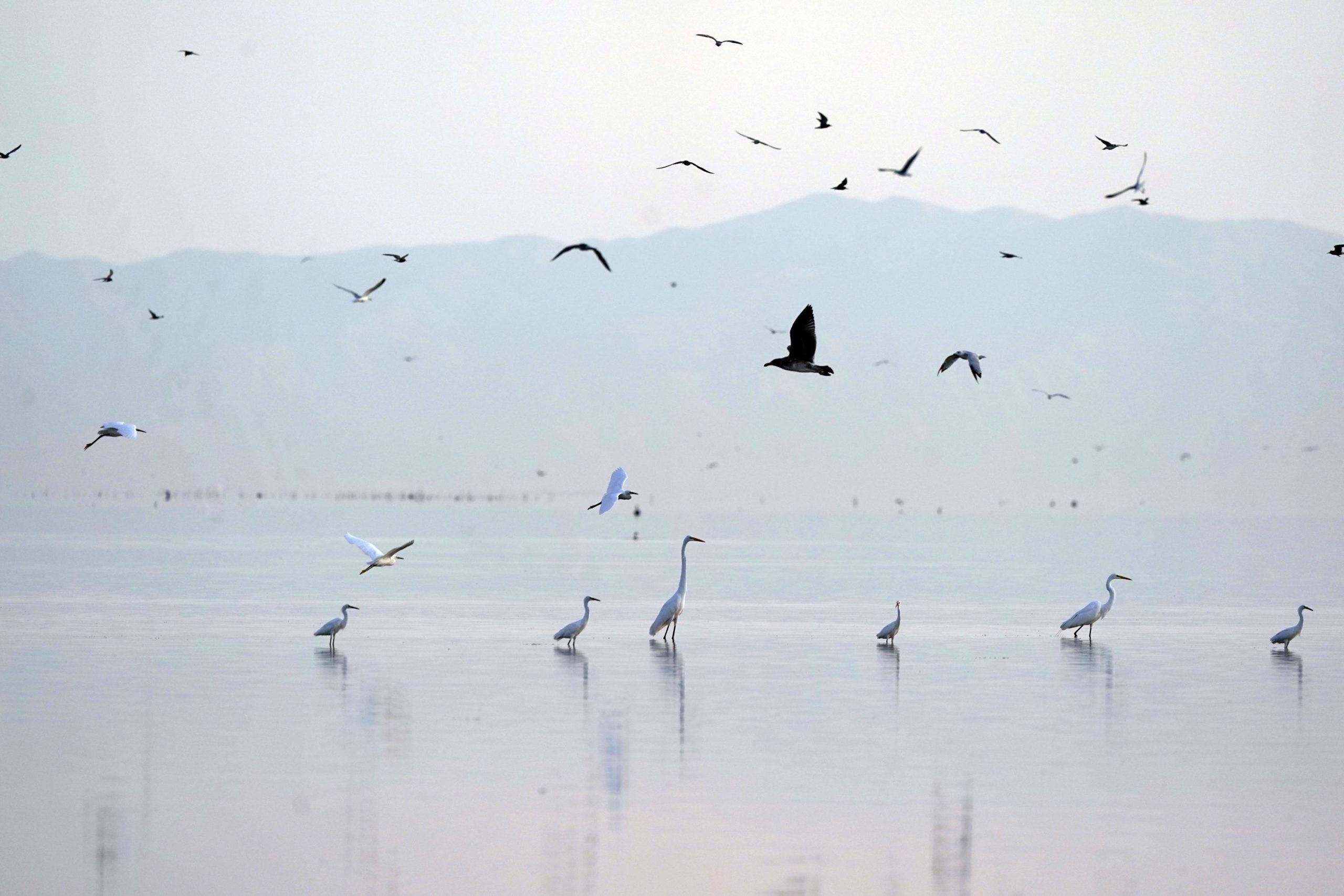 SACRAMENTO, Calif. — The federal government said Monday it will spend $250 million over four years on environmental cleanup and restoration work around a drying Southern California lake that’s fed by the depleted Colorado River. The future of the Salton Sea , has been an important issue in talks about how to stop a crisis in the Colorado River .. The lake was formed in 1905 when the river overflowed, creating a resort destination that slowly morphed into an environmental disaster as water levels receded, exposing residents to harmful dust and reducing wildlife habitat.

The lake is largely fed by runoff from farms in California’s Imperial Valley, who use Colorado River water to grow many of the nation’s winter vegetables as well as feed crops like alfalfa. As the farmers reduce their water use, less flows into the lake. California stated that it would reduce the amount of dependence upon the river, if the federal government provided money to reduce the impact on the ocean.

“It’s kind of a linchpin for the action we need to see on the Colorado River,” said Wade Crowfoot, California’s natural resources secretary. “Finally we are all in agreement that we can’t leave the Salton Sea on the cutting room floor, we can’t take these conservation actions — these extraordinary measures — at the expense of these residents.”

The deal announced Monday needs approval from the Imperial Irrigation District, the largest user of Colorado River water. It will be discussed by the water authority’s board on Tuesday.

Both the district’s general manager and board member JB Hamby applauded the deal Monday.

” The collaboration at Salton Sea between water agencies, state, federal and tribal governments, is a model for effective cooperation that Colorado River Basin needs,” Hamby stated in a statement.

The $250 million will come out of the recently passed Inflation Reduction Act, which set aside $4 billion to stave off the worst effects of drought across the U.S. West.

Most of the money is contingent on the Imperial Irrigation District and Coachella Valley Water District making good on their commitments to reduce their own use of river water. Both submitted proposals to cut back their usage for payment as part of a new federal program.

The quarter-billion dollars will largely go to bolster and speed up existing state projects designed to lower the negative environmental impact of the drying lake bed. The state has committed nearly $583 million to projects at the sea, including dust suppression and habitat restoration. One project underway aims to create wetlands and ponds that will limit dust from blowing into the air while creating safe spaces for fish and birds, according to the state. The deal is made as the U.S. Interior Department and the seven states that rely on the river — California, Arizona, New Mexico, Colorado, Nevada, Utah and Wyoming — scramble to stave off the worst impacts of the ongoing drought and historic overuse of the river. Lakes Powell and Mead, the key reservoirs that store river water and provide hydropower across the West, are only about a quarter full.

After many months of unsuccessful negotiations about a way to dramatically reduce water consumption, the federal government announced in October that it would reimburse farmers and cities for cutting back on activities such as lining canals or leaving unplanted fields to stop water seeping into the ground. The deadline for proposals was earlier in the month. The Interior Department took steps to modify the guidelines for water shortages. This could force states to cut down ..

The Salton Sea, meanwhile, became its own political flashpoint in October when Arizona Sen. Mark Kelly, then up for reelection, urged the federal government to withhold any environmental cleanup money unless California agreed to give up more water. That prompted criticism he was using communities who already suffer from poor air quality as a bargaining chip.

The post Drying California lake to get $250M in drought funding appeared first on Associated Press.