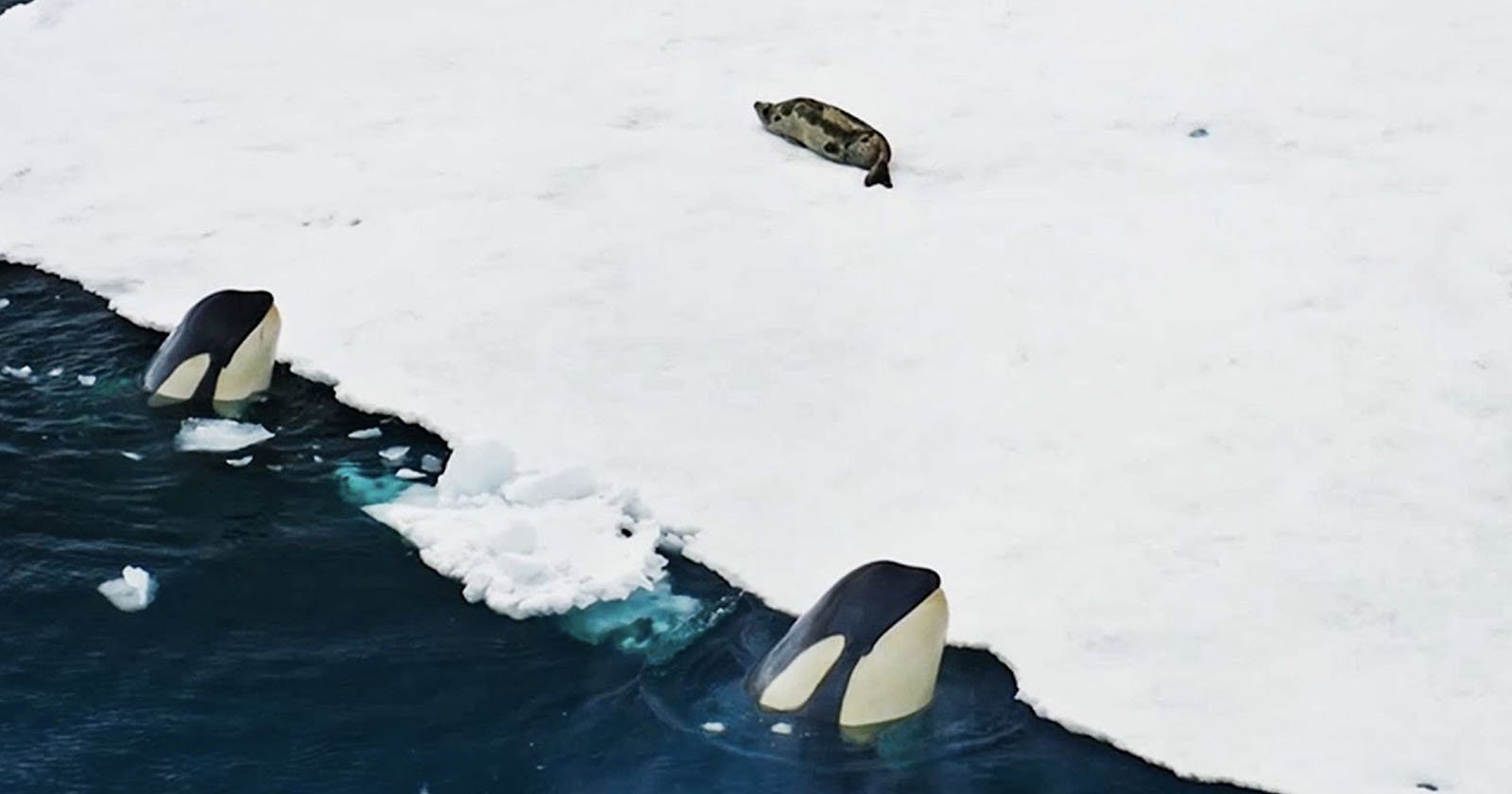 The BBC has released its first episode of Frozen Planet II which featured an incredible Orca hunt that was filmed with drones for a never-before-seen perspective.

What the BBC calls “lightweight drones”, allowed the documentary crew to film a pod of killer whales “wave-washing” a seal off a sheet of ice, a technique that is only utilized by 100 orcas living in the Antarctic peninsula.

The only time wave-washing was documented was in the original Frozen Planet Series. This is the first video of an intelligent hunting maneuver being shot from the top.

Killer whales are known for their intelligence and the wave-washing behavior shows their ability to work as a unit.

After spotting the seal on an ice sheet, the orcas form a group and make a wave to wash the seal from the ice. These intelligent mammals use the numbers of seals and the distance to calculate how big a wave is needed.

Not dissimilar to elephants, the knowledge of how to hunt and the best places to hunt is stored in the matriarch who runs the family and can get to over 100 years old.

Drones have played a big role in the series,” says producer Alex Lanchester.

“‘Wave-washing’ behavior was actually captured in the original Frozen Planet but without that aerial perspective. This is about as remote as you can be in the Antarctic Peninsula,” he says.

“It would be hard to get a helicopter out there and a helicopter could disturb their behavior. Drones allow you to see how those whales are coordinating. It means we’re able to bring new revelations.”

The team also employed new pole cameras to give an underwater insight, where diving would have been too dangerous.

A cameraperson donned VR-style goggles in order to get as close as possible to the action. FPV drones are capable of exceeding speeds of 100 miles per hour owing to their incredibly lightweight.

The FPV drones that the camera crew used could capture 360 degrees of vision enabling them to choose their camera angles in post.

Frozen Planet II is shown on Sundays on BBC One in the U.K. The program is expected on PBS in the U.S. but there is currently no word on the air date.