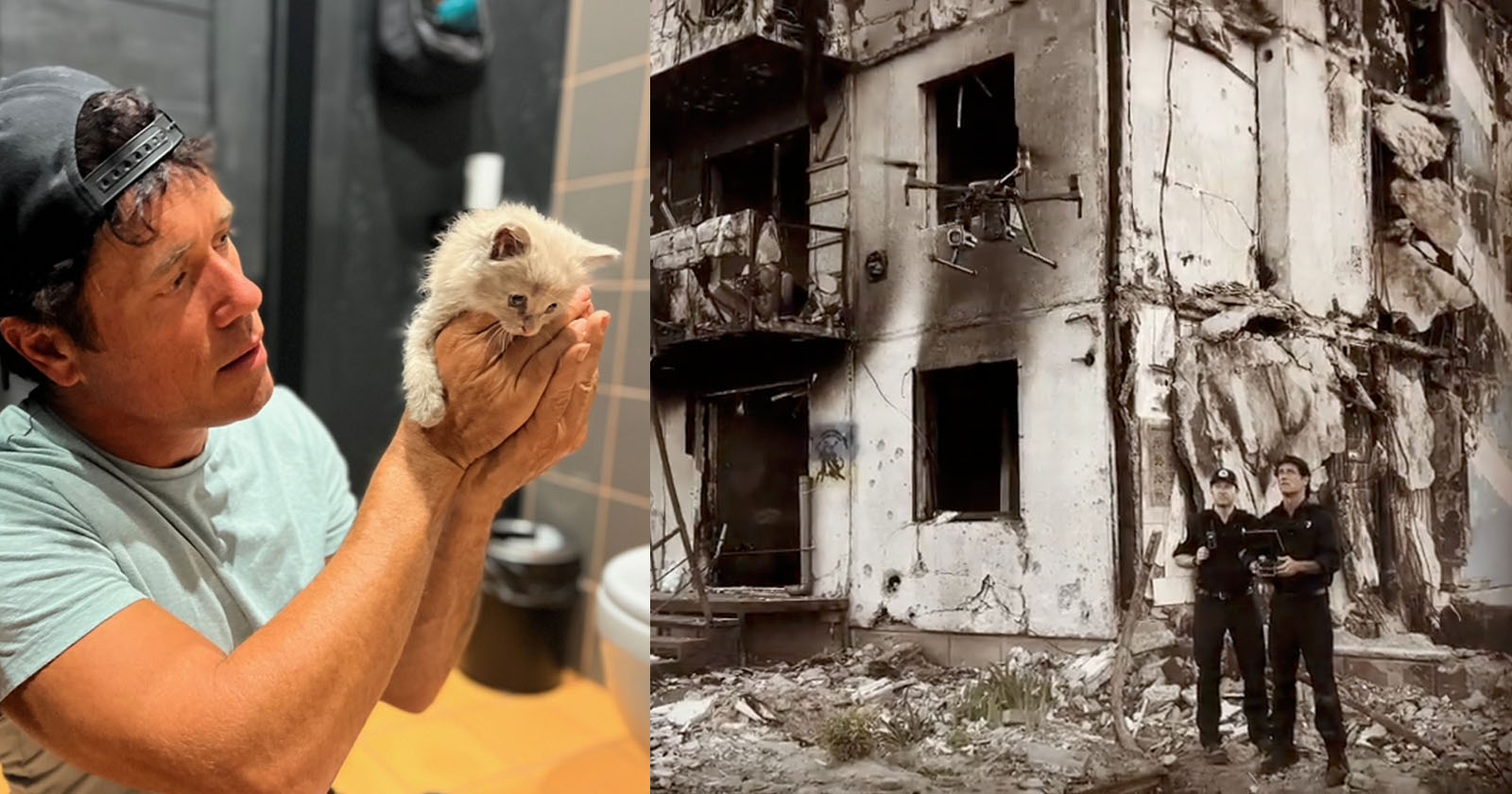 Aerial cinematographer Doug Thron uses a commercial drone equipped with both an infrared and a normal camera to detect and save trapped animals from disaster zones — including most recently in Ukraine.

Thron uses a DJI Matrice 210 with a Zenmuse Z30 lens that allows for a total magnification of 180x. He uses an infrared camera to detect the animal’s heat. Then, using his zoom, he checks whether his infrared readings are accurate.

Speaking to PetaPixel, he explains how he navigates areas of devastation to help trapped and helpless animals, who are innocent victims of a tornado, wildfire, or most recently, a bloody war. “I was in the Bahamas after a big hurricane and was using my drone to try and find dogs in the rubble. It was super hard because the piles were 30 foot tall.

“I thought if I could put an infrared camera on it, I could see the body heat of the animals. It worked flawlessly, so I did it.” Thron is a Miami-based engineer.

“The next thing you know, after five months in the Bahamas rescuing dogs I went straight to Australia to rescue koalas due to the wildfires. Because it was so hot in the trees, you’d get false readings. So I got the idea to put custom spotlights on the drones where I can turn the spotlight on, then toggle back and forth between an infrared camera and a regular camera.” 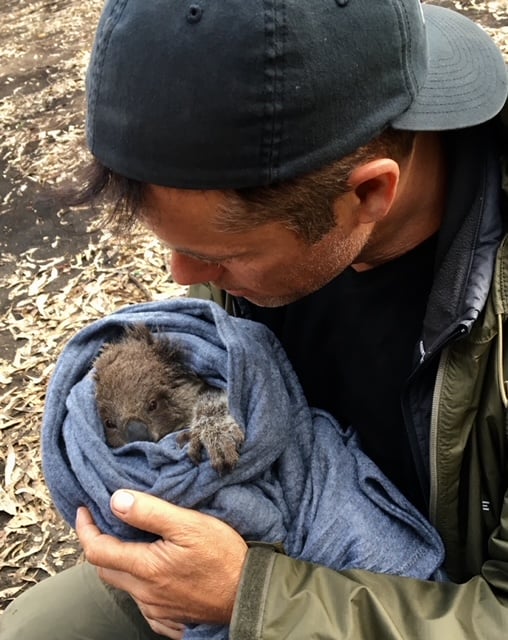 “So the infrared camera can detect the heat, and then I switch to the normal camera with a 180x zoom, to make sure it is in an animal so you don’t climb up a burning tree for nothing.”

Thron says it’s not easy to decipher an infrared image, and it takes practice to determine whether the object on the screen is in fact an animal.

Another skill that requires practice is flying the drone itself. Thron’s total drone cost is around $40,000 in total, and it’s being flown into incredibly dangerous scenarios.

“If a blade even touches a tree branch the whole thing will come crashing down,” says Thron.

“A lot of the situations you drop the drone through a broken part of the building and that blocks the signal. It’s so scary having $40,000 in the air and hoping that everything works and it comes back to you.”

The war in Ukraine is a humanitarian disaster. But often overlooked are the countless number of pets who are left to fend for themselves when their owners have to flee, or are killed because of shelling.

“It is very difficult for animals there,” says Thron.

A lot of people left quickly and couldn’t bring their pets. They’d often go looking for the cat and find it gone, but had no choice. 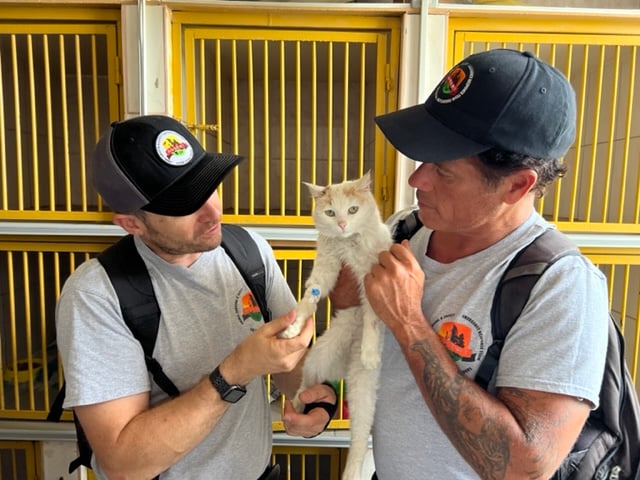 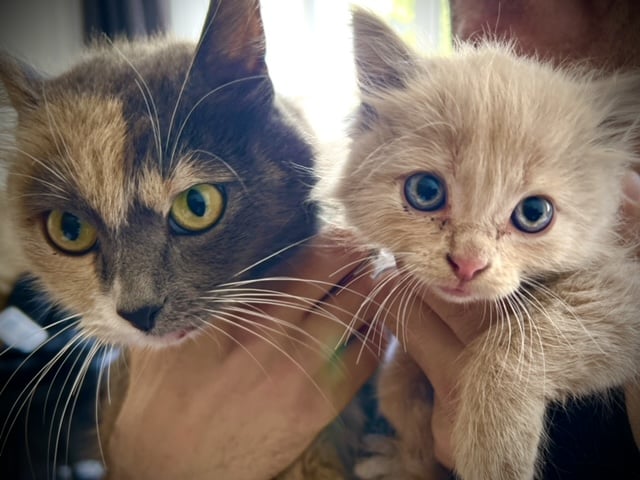 “We’ve been finding animals, cats and dogs. While many of these animals have been reunited to their owners in some cases, others have lost their owners.

It’s quite sad that their husbands, wives, and children all died. “We found the mother cat, four kittens, and the apartment in which they lived inside.”

While this story of tragic events may sound terrible, Thron managed to find the sister of the victim and Thron plans to bring some of the cats back to Miami.

They are very sweet, especially the Ukrainian cats. You’d have four or five adult cats in the same room, and they all get on fine, that wouldn’t happen with American cats.”

Thron stars in a TV Show on Curiosity Stream called Doug to the Rescue. The second season has been released. You can follow along with him as he uses an infrared drone in order to rescue and locate animals in dire situations all over the world. The series follows Thron’s journey from East African Grasslands to Dominican Republic.

The infrared is more effective at night because many animals, particularly during disasters, are nocturnal. Animals will conserve their energy, especially if it’s hot, animals are smart when it comes to that stuff.”