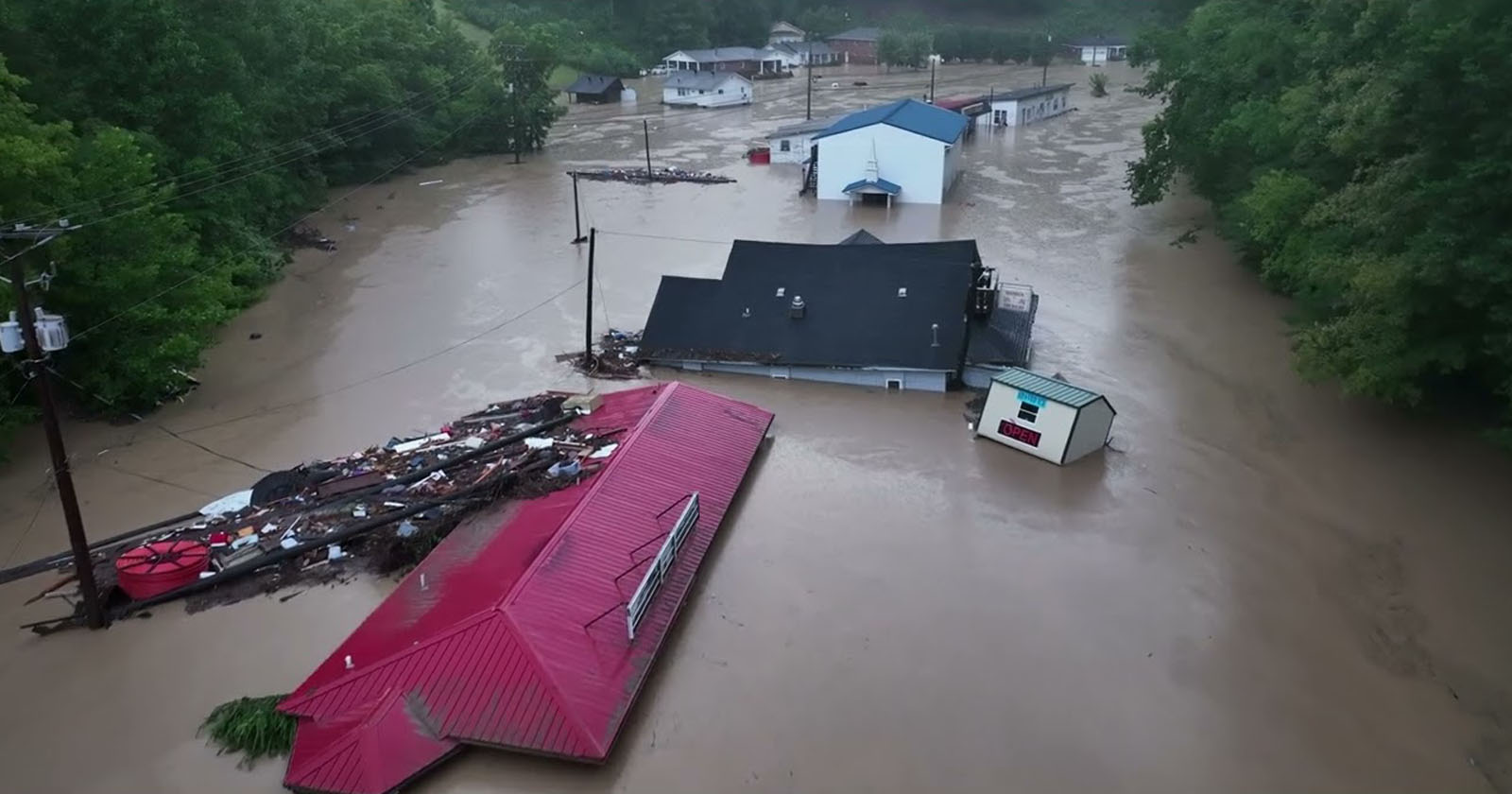 Remarkable 4K drone footage filmed in southeast Kentucky this morning shows the extent of the damage caused by flooding.

Several people are believed to have died in the wake of the floods that has also caused power outages. As fast-rising flood waters swept through central Appalachia, rescue crews pulled people from rooftops.

The footage, filmed by WXChasing, shows homes with water up to the roof even after the floods had receded several feet.

A further video posted to the YouTube Channel, which documents mother nature’s most extreme weather, shows the town of Garret, Kentucky which is described as “entirely underwater and where people are still being rescued.

President Biden has been briefed on the Kentucky flooding with White House press secretary Karine Jean-Pierre reading: “Our hearts go out to the people of the South, of South-Western Kentucky which is experiencing considerable flash flooding that has taken the lives of multiple people,” Jean-Pierre says.

“FEMA Manager Criswell met with Kentucky Governor Beshear today and agreed to provide support from the federal governments,” she said.

We are thankful for the extraordinary work of first responders, and urge all those impacted by the disaster to listen to their local and state officials.

This rainfall, and subsequent flooding, has created a sharp contrast across the state between absolutely no drought in the north and extreme drought across the southern portion of the state.

More rain is on the way in Eastern Kentucky, meteorologists say, after flooding ripped through the region Wednesday night and Thursday morning.

Brandon Bonds said that more storms are possible in the area this weekend, after six inches of rain had fallen in certain areas of the region hours before.

Governor of Kentucky Andy Beshear reported the deaths, but grimly forecast that the death toll would rise to double figures. He stated that hundreds of homes could be demolished.

“In a word, this event is devastating,” the governor tells Associated Press (AP).

“And I do believe it will end up being one of the most significant, deadly floods that we have had in Kentucky in at least a very long time.”