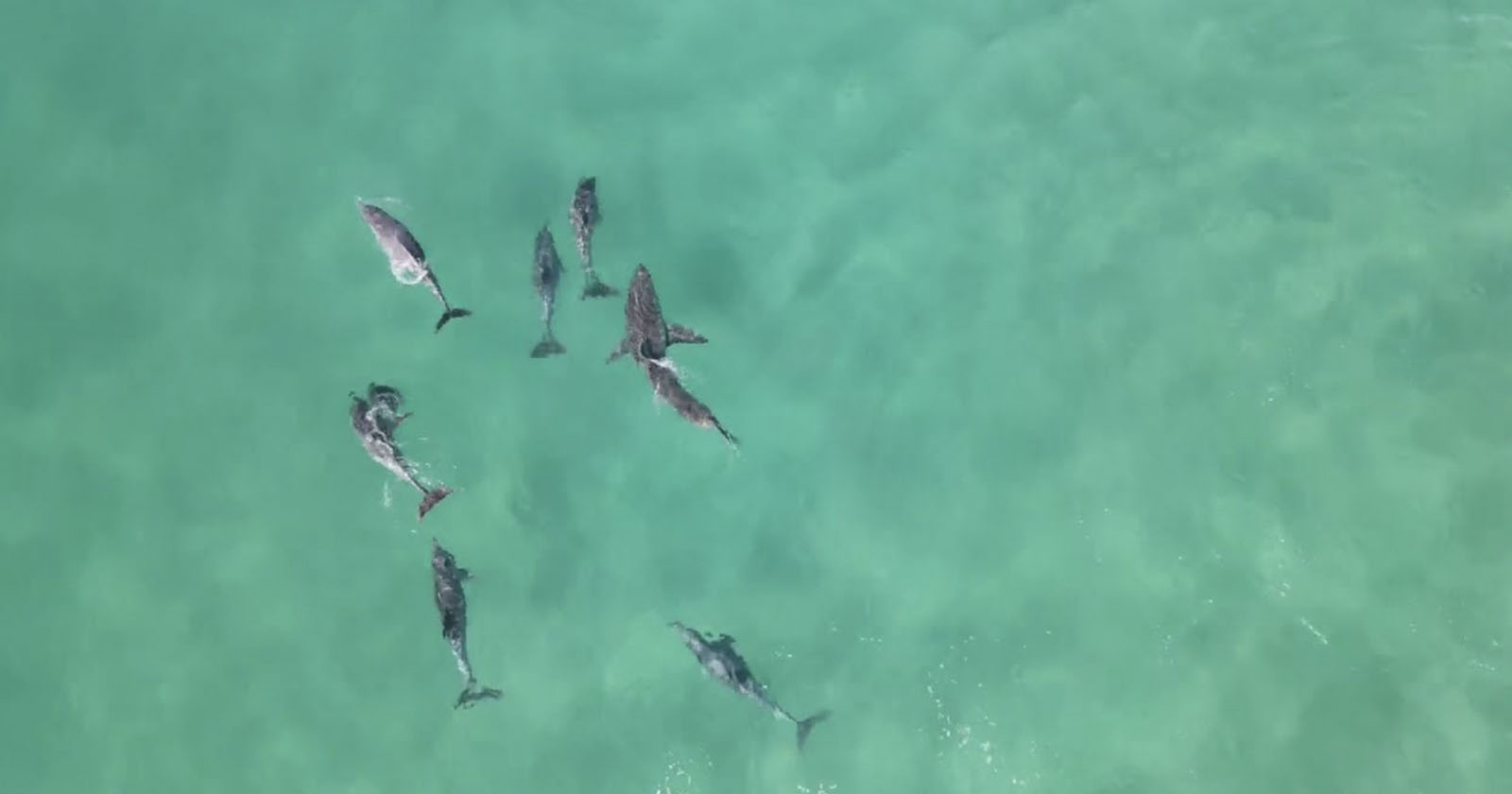 The footage uploaded to YouTube on October 2, shows the 10-foot shark moving stealthily into the same waters where a woman was killed recently.

Uncomfortable at the sight of the shark, the 15 Dolphins dive out to surround and intercept the prey.

One of the dolphins even launches itself over the Great White’s back sending a clear message. It realizes it’s outnumbered, and the shark swims off.

“Dolphins can be very aggressive when they need to be,” Marine mammal scientist Gwen Penry of the Nelson Mandela University in Port Elizabeth tells the Daily Mail.

“They are not always the happy and smiling animals that people believe but are also top predators and can be very aggressive around big sharks.”

Penry states that the great whites are aware it can’t compete in shallow waters with more agile dolphins, and doesn’t bother challenging them.

“The dolphins are letting the shark know it has been seen and that they are there and just making it clear that it would be wiser to move off elsewhere” she adds.

The video comes as the distraught family of Kimon Bisogno, 38, spoke out for the first time about the terrible incident.

The restaurant owner was attacked and killed by a great white as she took an early morning just off the beach of her holiday hotel in shallow waters a fortnight ago.

Further down the South African coast, the first ever drone footage of orcas hunting great whites was reported by PetaPixel last week.

Photos taken from a helicopter and video footage captured from a drone provided the first direct evidence that orcas are killing great white sharks in South Africa and the evidence was published in a new paper by the Ecological Society of America’s journal.

“This behavior has never been witnessed in detail before, and certainly never from the air,” says marine scientist Alison Towner from Rhodes University in South Africa.