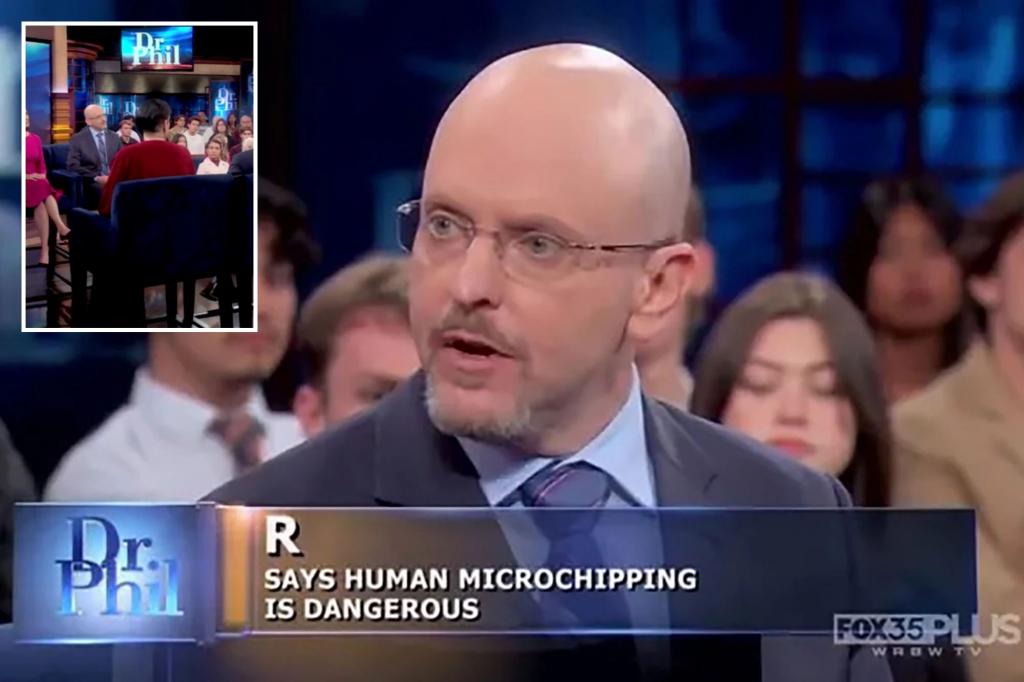 Tuesday’s episode of Dr. Phil featured two guests sparring over a debate surrounding whether humans should be implanting microchips in their bodies.

“Surgically implanting computers into humans is dangerous. How dangerous is it? It’s too early to know, as that’s the way they release technology.” A microchip implant critic calling himself R stated in his introduction.

He went on to say humans who get microchips implanted in them would likely learn far too late about the risks of the technology. As long as the technology doesn’t cause death immediately or nearly instantly it is safe to sell. And then it’s 5, 10, 20 years later we learn that it causes cancer, autism, birth defects, and more,” R said. “But by that point, we’ve become so dependent on the technology we choose to live with the disease.”

R suggested technology inside of one’s body is a dangerous new field of study.

“But these exposures, these are crazy. We’re talking literally within the body , with zero distance every day for many years. What impact will that have? It’s not clear. But I can tell you it won’t be good,” he said.

” These devices are passive, so we should just get rid of this. That means when they’re not in the seconds of exposure of a very low frequency, low power field, they’re dead. They’re inert. He said that they have no energy at all.”

R asked, “What does having that chip in your body for 20 years do on average to a population of 20,000 people?”

Graafstra responded, “Nothing. We’ve used this exact material since the ’70s. There’s been almost zero evidence of any kind of irritation.”

After R cited past studies, Graafstra appeared to put them into context for Dr. Phil and the audience.

“There are three studies that were referenced, but these are all studies that were tumor studies in animals either genetically engineered to get tumors in order to study the tumors or chemically-induced tumors,” he said. “The outcomes of the studies were noted that, ‘oh, you know what, around the implants in these animals we’re using to I.D. them, there were a tumor, but alongside 50 other tumors in these bodies.’ And it wasn’t all. It was about 8% of those animals.”

He went on to suggest the information is used in bad faith.

Dr. Phil interjected, “you have to look at the risk-reward ratio. I mean, for example, we’ve got 1. 43 million people globally that have pacemakers in their bodies that use electrical impulses. We have 200,000 people that have brain implants right now that are used to control Parkinson’s and other type things.”

R did not appear to disagree but suggested some technology is worth the risk.

“Yeah, no, the benefits there are incredibly tangible. They’re immediate. They’re lifesaving. They alter the quality of life. That is, I would say, quite different from opening your Tesla.”