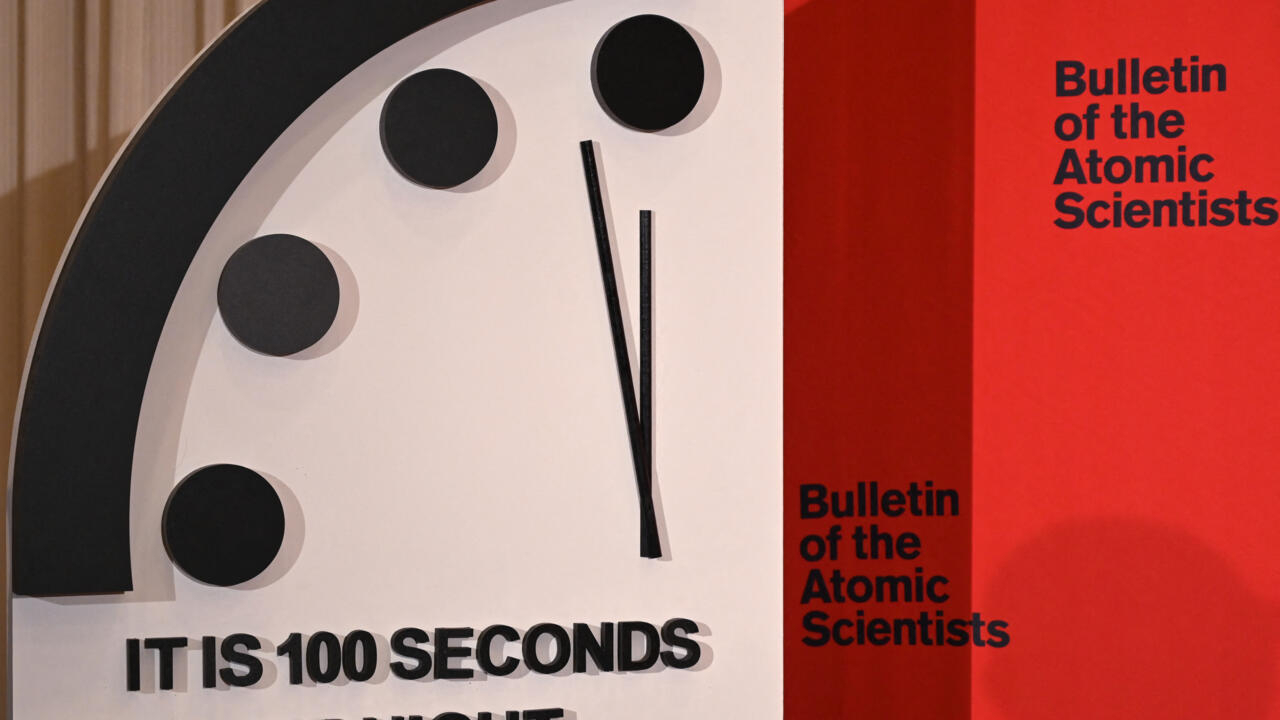 The Bulletin of the Atomic Scientists will announce at 10:00 am (1500 GMT) whether the time of the symbolic clock will change.

The organization describes the clock as a “metaphor for how close humanity is to self-annihilation” and says the annual resetting should be seen as a “call-to-action to reverse the hands.”

A decision to reset the hands of the clock is taken each year by the Bulletin’s science and security board and its board of sponsors, which includes 11 Nobel laureates.

For 2023, the Bulletin said they will take into account the Russia-Ukraine war, bio-threats, proliferation of nuclear weapons, the continued climate crisis, state-sponsored disinformation campaigns and disruptive technologies.

The hands of the clock moved to 100 seconds to midnight in January 2021 — the closest to midnight it has been in its history — and remained there last year.

“The clock remains the closest it has ever been to civilization-ending apocalypse because the world remains stuck in an extremely dangerous moment,” the Bulletin said in a statement at last year’s event.

The furthest from midnight it has ever been is 17 minutes, following the end of the Cold War in 1991.

The Bulletin was created in 1945, by Albert Einstein and J Robert Oppenheimer. They were scientists involved with the Manhattan Project that produced nuclear weapons.

The idea of the clock symbolizing global vulnerability to catastrophe followed in 1947.

The post Doomsday Clock to be updated amid Ukraine war, other crises appeared first on France 24.