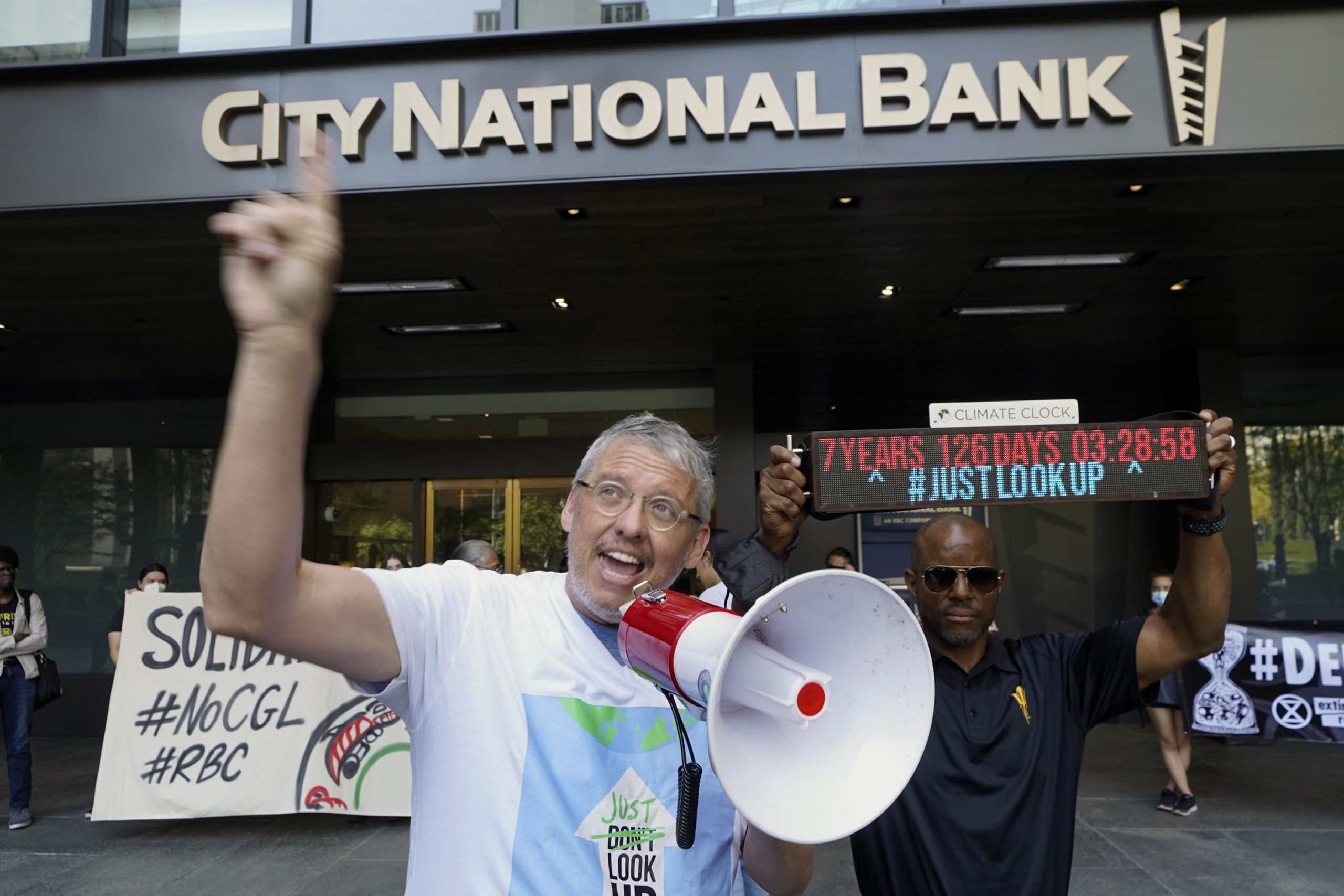 SACRAMENTO, Calif. — In director Adam McKay’s “Don’t Look Up,” a 2021 satire about two scientists who try in vain to warn the world about a planet-destroying comet, the scientists’ desperate plea for action ultimately doesn’t work. But don’t mistake McKay’s views on activism’s power to alter the course of climate change, which is what his movie really was about.

McKay on Tuesday plans to announce a $4 million donation to the Climate Emergency Fund, an organization dedicated to getting money into the hands of activists engaged in disruptive demonstrations urging swifter, more aggressive climate action. It’s the largest donation the fund has received since it started in 2019, and McKay’s biggest personal gift. He joined the organization’s board in August.

Climate change is “extremely alarming, extremely frightening, and quickly becoming the only thing I’m thinking about on a daily basis, even as I’m writing scripts and directing or producing,” McKay said in a recent interview with The Associated Press. From the overthrow of monarchies to labor movements, and the Civil Rights Era activism has been a powerful, transformative force throughout history.

The Climate Emergency Fund has awarded $7 million to organizations supporting mostly volunteer climate activists around the globe. These activists did everything, from protesting on streets in France asking people to “Look up”, a reference McKay’s film, to marching near Sen. Joe Manchin’s boat to demand federal climate legislation.

The fund’s purpose is to bridge more traditional wealthy donors and activists who want to make a statement. These are two groups that may not always agree, according to Margaret Klein Salamon (executive director of the fund, and clinical psychologist).

As for the ending of ” Don’t Look Up,” Salamon said it was an “important psychological, cultural intervention” that put the stakes of the climate fight on stark display.

McKay said that he is hesitant to assign any direct actions to the movie. He sees film and disruption protest both as acts that influence culture. This can help to shape policy. He said that the film elicited a tremendous reaction from both ordinary people and scientists around the world, who had been working for climate change action for many decades.

“It was really beautiful to see people who have been fighting this fight for much longer than me really feel seen,” he said.

McKay, 54, started his career in comedy writing and became known for movies like “Anchorman” and “Step Brothers.” In recent years, his work has taken on a more political tone, though it’s still in the realm of comedy — if dark. He wrote and directed “The Big Short,” about the 2008 financial collapse, and “Vice,” about former Vice President Dick Cheney’s influence, and he’s the executive producer for “Succession,” the television show about a media mogul and his children who want to take over the company.

He says his own climate awakening came several years ago when he read a report by the International Panel on Climate Change that highlighted the vast differences that would occur if the planet warmed by 2 degrees Celsius (3. 6 degrees Fahrenheit) instead of 1. 5 degrees (2. 7 degrees Fahrenheit) above pre-Industrial levels. It was the moment, he said, that he went from someone who was concerned about climate change to someone who saw it as a hair-on-fire situation.

In the years since, the situation has only grown more dire, he said, pointing to the drying of the Colorado River, flooding in Pakistan and Europe’s summer heatwave as evidence that action is urgent. He stated that he believes, and without exaggeration, that this is scientifically the most significant challenge, story or threat in history.