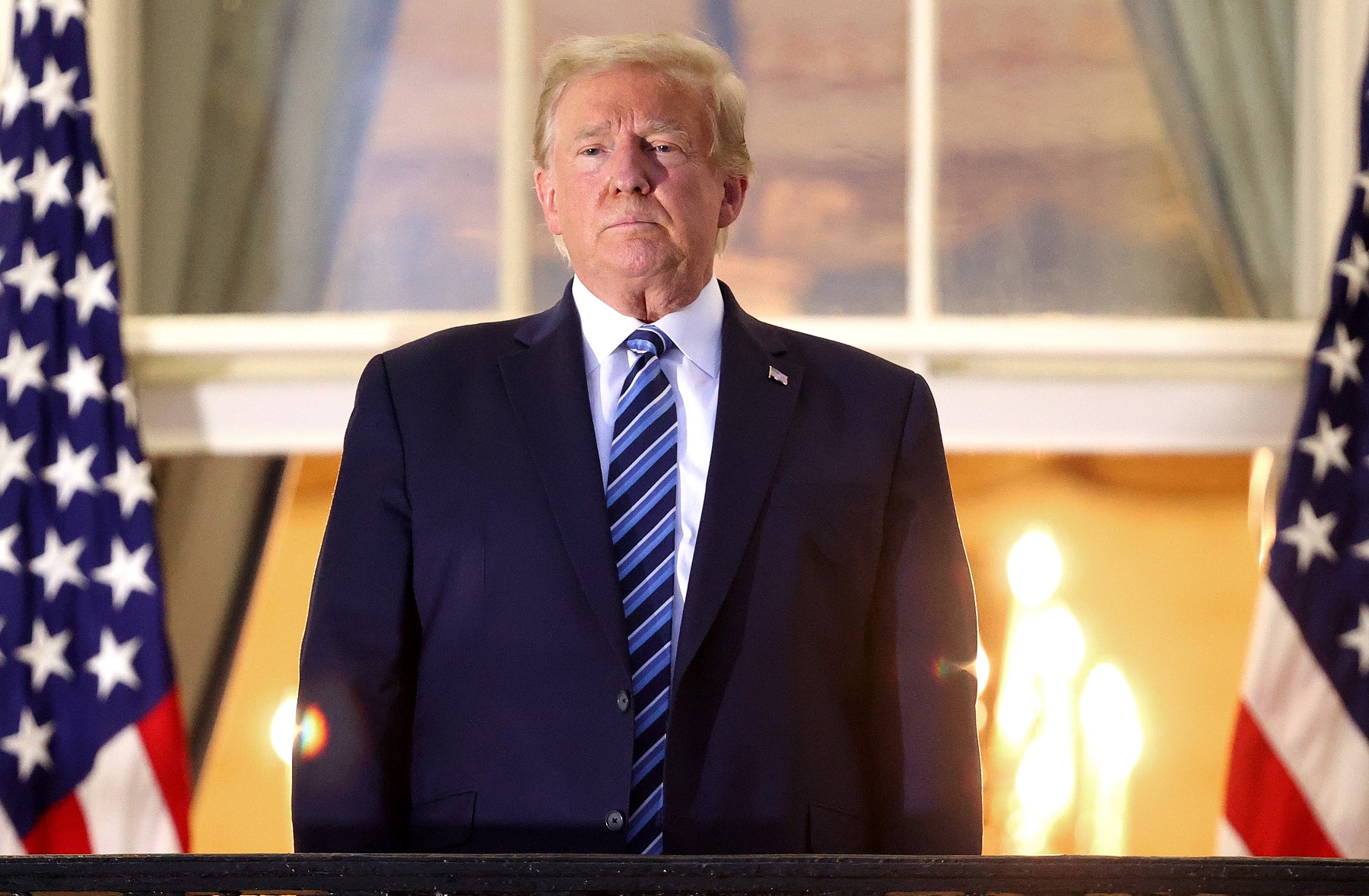 Donald Trump’s COVID diagnosis and hospitalization in October 2020 may have changed the minds of his far-right supporters who believed the disease to be a hoax, a new study has suggested.

During the study, researchers set out to investigate the role that the hospitalization of the former U.S. president might have had on levels of COVID skepticism.

As context, the researchers noted that people on the political right–Trump’s base–tended to be “more likely to downplay or deny the risks of the virus.”

A Pew Research poll in March, 2020 showed that Democrats were 26 percentage points more likely to say that the SARS-CoV-2 virus presented a major threat to the U.S. population as a whole than Republicans were at that time.

Another Pew Research poll in June that year found that 71 percent of U.S. citizens had heard of a conspiracy theory that the COVID outbreak had been intentionally planned, and that 34 percent of Republicans or Republican-leaning independents thought this was either probably or definitely true compared to 18 percent of Democrats or Democrat leaners.

Meanwhile Trump’s presidency itself was characterised by calls to keep the country as open as possible in the face of the virus, often to the extent that Trump clashed with top disease adviser Dr. Anthony Fauci who took a more cautious approach.

“It’s fading away. It’s going to fade away,” Trump said in June 2020, less than a month after he terminated the U.S. relationship with the World Health Organization (WHO). He said the same month that “Our Economy is roaring and will not be shut down”.

Against that political context, researchers coincidentally happened to be collecting data on the extent to which U.S. citizens believed the coronavirus pandemic to be a hoax, and the study took place over a time period that allowed the researchers to look back and examine the potential effect that Trump’s COVID diagnosis might have had on the study participants by separating the data into ‘before’ and ‘after’.

Between September 24 and October 16, 2,140 study participants were recruited and asked how strongly they agreed or disagreed that COVID was a hoax.

They found that, amongst those who identified as more conservative or right-wing, endorsement of hoax claims was lower for those surveyed after Trump’s COVID diagnosis compared to before it.

Left-leaning participants, meanwhile, displayed little difference in their beliefs about COVID being a hoax after Trump’s diagnosis compared to before it.

“In the same way that those more likely to change their attitudes following Tom Hanks‘ COVID-19 diagnosis were participants who most identified with him, it seems likely that politically right-leaning participants in the current study identified more closely with President Trump making his exemplar more vivid and influential in their mind and hence having more influence on their beliefs, in line with previous literature on exemplars,” the study reads.

Trump tested positive for COVID on October 2, 2020, in the middle of the presidential election campaign and was admitted to the Walter Reed National Military Medical Center that same day. He returned to the White House on October 5. Oscar-winning actor Hanks was diagnosed with COVID in March, 2020.

Adam Enders, an associate professor at the University of Louisville’s Department of Political Science, whose research is focused on conspiratorial and suspicion in American politics. He told Newsweek that while he considers the study’s conclusion to be “reasonable,” some nuance was necessary when interpreting these results.

“While the change in COVID hoax beliefs from the first wave to the second wave is statistically significant, it is substantively quite small,” he said. “Indeed, it looks like the difference is about 0. 25 on a measure that ranges from 1 to 6. This isn’t much. It’s also worth noting that the average among conservatives in the first wave was about 2. 30 or so–in other words, conservatives did not, on balance, believe COVID was a hoax in the first place (an average score of 3 would indicate neutrality).

” I think some nuance here. Conservatives did not, on balance, believe COVID was a hoax in September of 2020. Perhaps some skeptics were less skeptical after Trump’s diagnosis. On the one hand, this tells us that people can update their beliefs when confronted with evidence/reality.

“On the other, this update doesn’t seem to have affected folks all that much–partisan and ideological motivated reasoning is a powerful mechanism by which we strategically (albeit unconsciously) blind ourselves to reality. And that’s not a uniquely conservative phenomenon, though it was most applicable to conservatives in this instance.”

The study was published in the journal Royal Society Open Science on Tuesday (ET) August 2. Researchers were from the University of Cambridge in the United Kingdom.

The post Donald Trump Getting COVID Changed Opinions on Virus Being a Hoax appeared first on Newsweek.