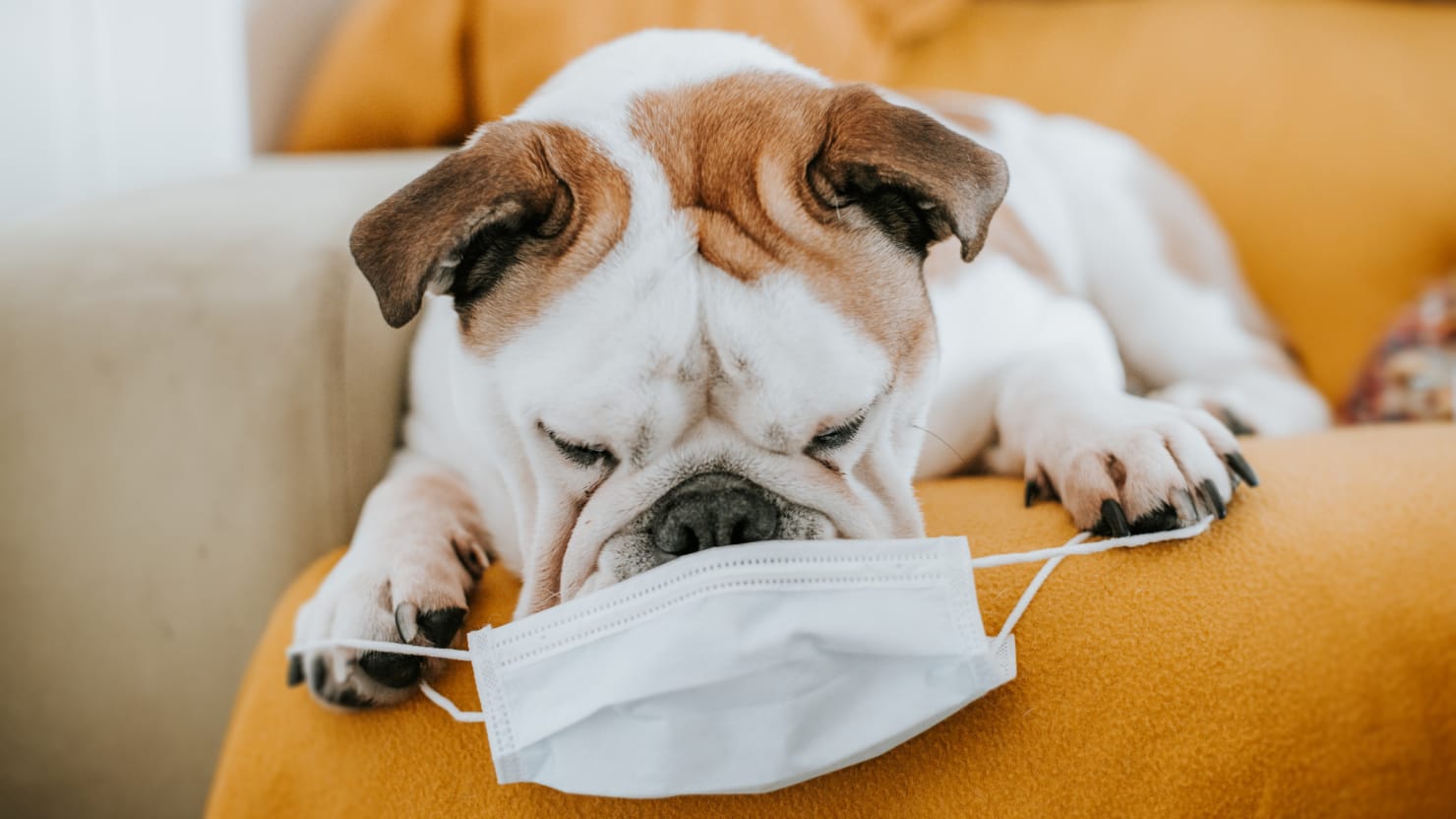 Man’s best friend has a dazzling sense of smell. Dogs are reputable odor connoisseurs with up to 300 million smell receptors in their schnozzes (compared to a paltry five to six million in humans) and 40 percent more brain space devoted to analyzing smells. Fido is able to pick up even the faintest traces of any smell better than any instrument man-made. This super-canine skill has been used to locate missing persons (paging Lassie), find illegal drugs, dangerous compounds such as explosives and capture smuggled contraband. And now we’re using it to root out COVID-19.

In a new study published Monday in the British Medical Journal, a group of Finnish researchers found that dogs trained to sniff out coronavirus could detect it among airport travelers with nearly 100 percent accuracy, raising hopes that our furry friends could provide fast and effective detection of COVID infections not only in crowded public spaces or travel hubs–places considered at a higher risk for virus transmission–but also hospitals and even schools.

“This is a very important study demonstrating that COVID-19 detector dogs can achieve greater than 90 percent accuracy and sensitivity which is comparable to current testing methods but much faster,” Kenneth Furton, a biochemist at Florida International University who was not involved in the study but has previously studied using dogs to detect COVID infections, told The Daily Beast in an email. “COVID-19 detector dogs provide results in seconds rather than minutes or hours and thus can provide screening of large numbers of people without delaying them.”

The idea of using smell to diagnose disease stretches back to ancient times. The sense of smell in humans isn’t strong enough to diagnose disease, but dogs might have a stronger sense. Studies have shown our four-legged companions can smell volatile organic compounds (VOCs), which are specific chemicals produced by the human body that enter our blood, urine, feces, skin, or breath.

Dogs are trained to recognize VOCs that can be caused by diseases such as epilepsy, diabetes, epilepsy and malaria .. When the pandemic hit, scientists hypothesized the canine’s sensitive nose would also be able to smell COVID. And that did seem to be the case–several preliminary studies out of France, the U.K., Germany, and the UAE found that people infected with the virus had a particular sweaty aroma that the uninfected lacked, which dogs could pick up.

In the new study, Finnish researchers took already trained sniffer dogs and had them learn the sweaty scent of the coronavirus. The four dogs were then made to smell more than 420 skin swabs–a quarter of them from volunteers who tested positive for COVID and the rest from those who were negative. The results were impressive: The trained sniffers had a combined diagnostic accuracy of 92 percent in detecting which samples were infected or uninfected. The canine sniffers were again put to use, screening passengers at Finland’s Helsinki-Vantaa International Airport. During a pilot program that ran for about four months in the fall of 2020, the dogs’ sniff tests were compared to 303 COVID PCR taken from incoming travelers. All 296 swabs identified as negative by PCR tests were also identified negative by the dogs, meaning their accuracy edged close to 98 percent. There were three positive cases the dogs missed–one due to the alpha variant, which the dogs weren’t trained to smell.

There are still significant questions that have yet to be answered. Scientists still have not identified the VOC that is linked with COVID. Another is what these findings mean for populations with a high prevalence of COVID-19 since there wasn’t much of the virus among the airport passengers studied. The Finnish researchers estimate that in hypothetical scenarios of high prevalence like what you might see in a hospital or assisted living facility during the height of an outbreak, the dogs might still have pretty high accuracy with 88 percent for positive cases and nearly 95 percent for negative cases. However, further studies using larger data sets are required to confirm this.

There’s also the practicality of training large packs of COVID-19 sniffing dogs across the world and for different variants. The Finnish study showed that the dogs couldn’t detect one case of the alpha virus in their dog because they had been exposed to all the variants.

“We did not think dogs would distinguish different variants,” Dr. Anna Hielm-Bjorkman, a veterinarian at the University of Helsinki and lead author of the study, told The Daily Beast in an email. We now have the information we need to know that there are subtle changes in pathogens and it is necessary for us to train with them. This new information is crucial for the next epidemic. At the same time, it is nothing to worry about, as we know it is quick and easy to retrain dogs that already can sniff human diseases.”

Sniffer dogs could still be a promising avenue for rapid, effective, and potentially life-saving detection, especially if COVID is here to stay. In the U.S., Furton and colleagues at Florida International University conducted two pilot programs testing out COVID-19 detector dogs at Miami International Airport with promising results. Trained dogs are already used in some Massachusetts schools to detect COVID on surfaces. And some made their cute, although solemn appearance during a Miami Heat basketball game in February 2021. And while COVID-19 can spread to pets who are in close contact with humans, dogs seem to be largely safe from infection. Man’s best friend might just become our best tool in the fight against COVID.

The post Dogs Successfully Trained to Sniff Out COVID, Could Prevent Spread of Virus at Airports and Travel Hubs appeared first on The Daily Beast.