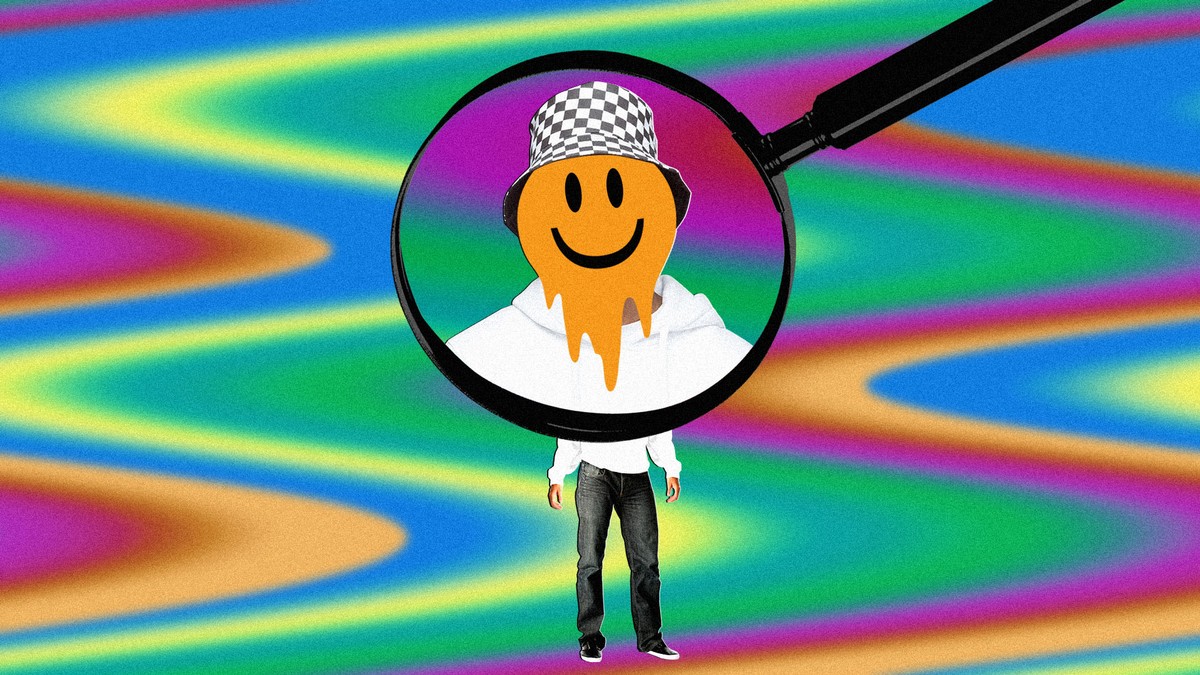 “I have felt different and I have been different. Whether it’s the microdose, or the placebo effect, over the past month I have had many days at the end of which I looked back and thought, That was a really good day.” So wrote author Ayelet Waldman towards the end of the 2017 book A Really Good Day, which detailed her transformative month-long experiment with microdosing LSD.

Microdosing – that is, ingesting a sub-perceptual amount of psychedelics that won’t inspire visual effects, general trippiness or abject hilarity at everyday objects – has since become a modish millennial panacea for everything from anxiety to creative block. The 2021 Global Drug Survey reported that one in four recent users of psychedelics had tried it, and there’s been a stream of fevered attention from the world’s press. There are many therapeutic courses now available at high prices. Meanwhile, microdosing pills for sale on social media is a common sight.

Scientific research was scant until recently, when a clutch of studies cast doubt on its ability to alter mood – and that any improvements may be down to that placebo effect that Ayelet proposed. So I poked through the hype to ask: Is microdosing a myth?

According to Dr Torsten Passie’s 2019 book The Science Of Microdosing Psychedelics, research into low doses of LSD first occurred in 1947. Experiments continued until the late 60s as part of the so-called first wave of psychedelic research. However, there was limited insight specifically regarding the effects of microdosing – generally perceived as a dose between 5mg and 20mg of LSD or 0. 1g to 0. 4g of magic mushrooms (psilocybin) – on mental health.

It wasn’t until James Fadiman – an American psychologist researching psychedelics since the 60s – started to accumulate a database of user reports in 2010 that any concrete work emerged regarding microdosing. Some of those reports were included in his seminal 2011 book The Psychedelic Explorer’s Guide and not long thereafter it entered the cultural consciousness, initially through a 2015 Rolling Stone article about Silicon Valley tech workers.

An exploratory 2019 paper followed, comprising over a thousand of Fadiman’s user reports, in which microdosing inspired a litany of improved mental health outcomes. This can be included alongside a slake of other positive observational papers and a now-200,000 person sub-Reddit thread of avid microdosers.

Whilst we shouldn’t dismiss the significance of subjective experience, microdosing’s efficacy will have to be proven within a more rigorous framework to become medically legit. What does this research tell us?

A 24-person study conducted in 2020 at Maastricht University reported in its abstract that “the present study demonstrated selective, beneficial effects of low doses of LSD on mood and cognition in the majority of observations.” Intriguingly, the same researchers found that microdosing LSD enhanced the level of BDNF, a protein relevant to neuroplasticity in the brain. As a key aspect of depression, it has been suggested that a dysfunction in neural plasticity is a possibility. The theory is that increased neuroplasticity might be a treatment.

But a study released the following March from Imperial College London’s Centre for Psychedelic Research changed the tone around microdosing. 191 “citizen scientists” took part in a placebo-controlled study wherein they created their own gel capsules that either contained a microdose of LSD (estimated at 13mg) or a placebo. Psychological outcomes like mood, anxiety and creativity all improved, but there was a kicker: Similar results were recorded for those taking placebos. Reaction to this paper in the media tended to focus on the perceived negatives of the results, the implication being that microdosing somehow doesn’t “work”. Is this fair?

“The people in the microdosing group improved in almost every group, from wellbeing to life satisfaction and mindfulness. I think that validates a lot of the arguments about microdosing and I generally believe that people that microdose generally feel better than people that don’t,” Dr Balazs Szigeti, the paper’s lead author, tells me. “But that’s one part of the story – the other part is that these effects can be reproduced if people are taking an active placebo. But that’s not the same as not having any effect.”

The placebo effect – linked with helping everything from chronic back pain to :text=Conclusion,athletes%2520when%2520using%2520low-loads.” target=”_blank”>lifting heavier weights – is both a complex and potentially powerful tool, with this 2018 meta-analysis finding little clinical difference between the effects of antidepressants and placebo pills. A 2021 paper found that positive expectations improved mental health outcomes with psychedelic microdosing.

I ask Dr Dimitrios Liokaftos, a Wellcome Trust Research Fellow at the Public Health Institute, Liverpool John Moores University, whether positive media reporting of microdosing could have potentially caused unknowingly biased results in research and reporting. He says, “Without any doubt.” He says that microdosing was initially a niche product and has been given a lot of media attention in recent years. Most of that reporting was based on anecdotal reports, which lend themselves particularly well to the placebo effect.”

Two lab-based studies then followed Szigeti’s paper, using smaller respective datasets of 56 and 75 initial participants, with both suggesting that microdosing had little impact on emotional processing or mood.

Amanda Feilding is the founder of the Beckley Foundation, which funds psychedelic research, including the Imperial College and Maastricht studies. As well as acknowledging the available research – albeit with some reservations about Szigeti’s paper, detailed here – she suggests some areas in which future microdosing studies could be improved.

“As our Beckley/Maastricht study has shown, beneficial effects on mood were most apparent following the highest dose of LSD tested (20mg), which is at the upper limit of what is generally considered a microdose,” she says. “The widespread view that microdosing should be ‘subperceptual’ is therefore to be seriously reconsidered, at least when it comes to effects on mood.”

Feilding adds they are currently developing studies that will be able to determine what an individual’s optimal microdose is, and that “no rigorous studies to date have been looking at the effects of microdosing in depressed individuals… Research conducted so far has not looked beyond healthy individuals, possibly explaining the discrepancy between anecdotal reports and lab results.”

The Beckley Foundation will soon launch research into the potential synergy between microdosing and meditation, then another analysing the analgesic potential of psychedelics for chronic pain. There also is currently a study underway at Maastricht into the effects of microdosing LSD for ADHD; interestingly, James Fadiman is quoted in the previously mentioned 2015 Rolling Stone article, saying that microdosing LSD was “an extremely healthy alternative to [ADHD medication and sometime study drug] Adderall” for computer programmers looking to work long and loose.

It seems we’re now moving towards a new phase of psychedelic research with more critical coverage, as shown by a recent online dispute amongst scientists regarding the supposedly misreported results of a psilocybin paper. But where does that leave microdosing?

Szigeti – who admits his team received “a lot of criticism from the microdosing community” following his report’s publication – says, “If I were to invest into one microdosing project or startup, I would make it ADHD.”

Despite the life-altering effects of her experiment, Ayelet Waldman finishes the main section of A Really Good Day with a measured call for better research into microdosing. I emailed her late one night to ask how she feels about that sentiment now.

” I had thought that the placebo effect could explain some of my experiences, and research suggests that this may be true. “I’ve become really interested lately in the notion of moderate doses done at semi-regular intervals – 50mg every few months, for example. I’d like to see research done on that. I’d also like to see research focused on women, as we are so often insufficiently studied.”

In May, the biggest systematic review of 44 microdosing studies was published in the peer-reviewed journal Neuroscience & Biobehavioral Reviews. It argues that “claims microdosing’s effects are largely due to expectancy are premature and possibly wrong”.

Just a month later, another large observational, un-blinded and no-placebo study into microdosing psilocybin was released in the scientific journal Scientific Reports. The study found that there were small to moderate improvements in mood and mental well-being. The study suggests future placebo-controlled studies that scientists could use to determine how positive expectations impact the microdosing process.

The study had a byzantine ‘competing interests’ section for its authors, and with so many vested interests in the positive efficacy of microdosing – and psychedelics in general – it’s sometimes hard to know exactly what to believe.

But whether microdosing is revealed as myth or medicine, potion or placebo, it is at least in the lab schedules of Feilding’s contemporaries now. “I am hoping that the work I am conducting with the Beckley Foundation will soon fill this gap,” she says, “and produce a clearer picture of what microdosing can and cannot achieve.”

The post Does Microdosing Actually Work? The Science Is Still Conflicted appeared first on VICE.