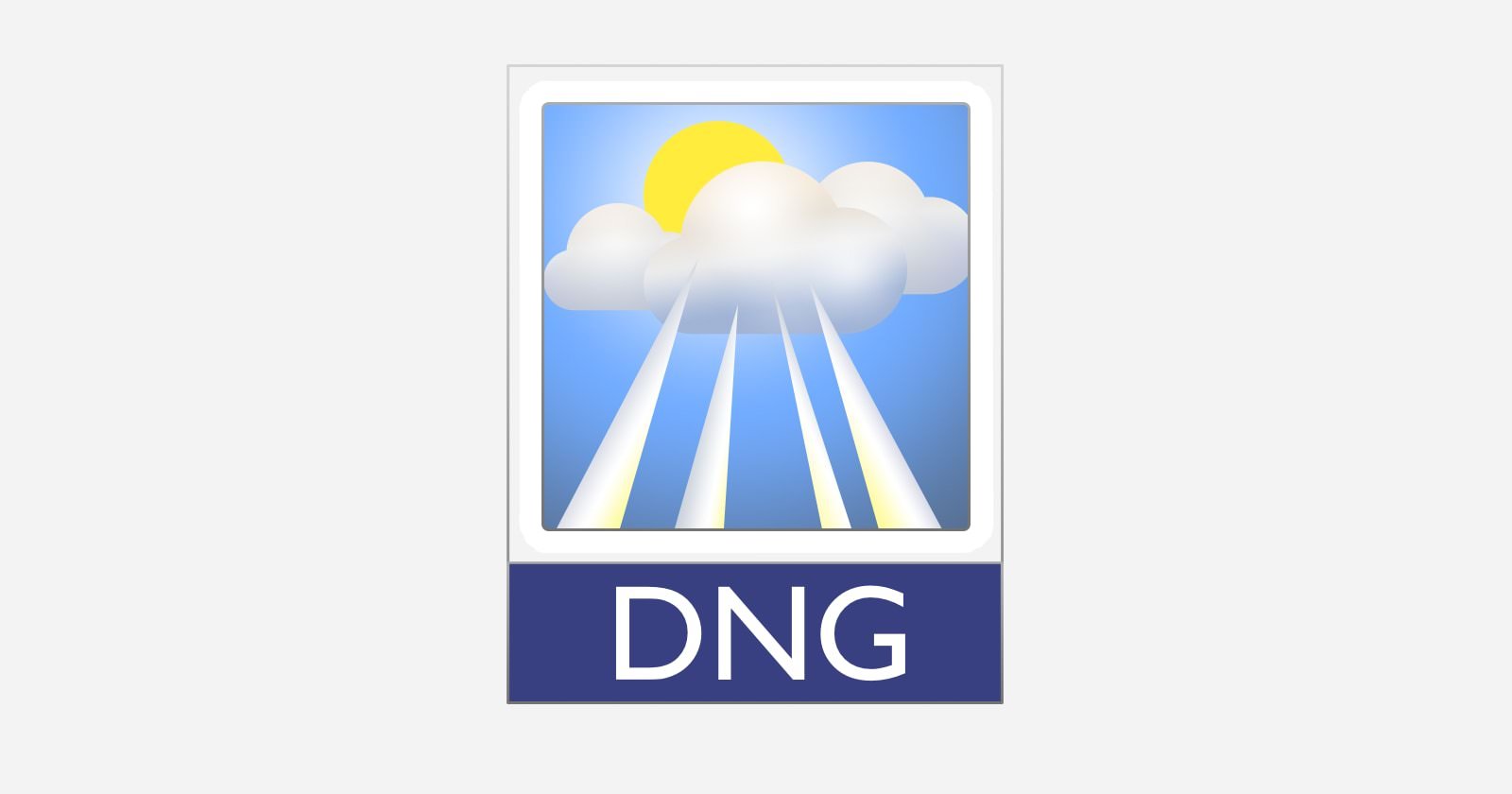 A DNG file is a high-quality image format that is quite common even though it’s a relative newcomer compared to some file types such as the TIFF format, which is decades older (2004 vs 1986, respectively).

Many apps and operating systems can open DNG files. Some camera brands allow you to save photos in DNG format straight from your camera. It’s easy to convert images to DNG format if you don’t have the software. For anyone unfamiliar with this format, these questions remain: What is a DNG file, and how to open it?

What is a DNG file?

DNG is the short name for a Digital Negative, an image format that Adobe created in 2004. This is what’s known as a RAW file. However, in most cases it’s not captured by the camera directly, so it’s not the native RAW format. Canon uses CR3 and Nikon has NEF, and each of these formats perfectly represents the data captured by their cameras. Many manufacturers use proprietary formats. However, many others save data in DNG.

All RAW images save in DNG. This format has a higher image fidelity than those saved as JPEGs or HEIC files. Those compressed image types are specifically designed to save storage space while accepting a bit of image degradation. DNG stores a file of high quality that is identical to the original image as it was taken. The difference between DNG and JPEG or HEIC isn’t always noticeable when looking at the stored image but often becomes apparent after applying edits or zooming in to see the finer details.

How to Open a DNG File

Most operating systems support DNG files, showing thumbnails in the file browser and being able to open them for viewing by using the built-in photo app. A Mac can display thumbnails, and also show larger Quick Look previews by tapping the spacebar. The return key might open in the Preview app or a third-party photo editing app that supports DNG.

The experience is similar on Windows, showing thumbnails in File Explorer and opening with the Photos app unless the PC has an editing app installed, such as Adobe Lightroom, Capture One, DxO Photolab, ON1 Photo RAW, or other RAW editors.

Who Created the DNG Format and Why?

Adobe created the DNG format in 2004 to offer a universal RAW format, simplifying software support for a large number of cameras. Recognizing the need for a standard, Adobe developed DNG as a publicly available RAW archival format for photographs. Adobe holds the patent for this format, but it is open to free use provided that Adobe has been credited in source and documentation. This makes it an inviting solution for organizations and government offices that prefer to use industry standards.

The easy availability of DNG provided a great incentive to develop software and hardware support for newcomers. Smartphone manufacturers like Google, Apple, and Samsung began supporting RAW images around 2014, with all three choosing to use the quick and easy option of saving in DNG format. In the early days, a third-party app was needed to capture, view, and edit DNG files but this is now possible using the apps built into Android and iOS.

Is DNG a Lossless Photo Format?

DNG is generally thought of as a lossless format but there is an option to use compression to dramatically cut the file to about a third of its normal heft. The algorithm is based on JPEG compression but with some critical adjustments to improve the result when compared to creating a JPEG file with a similar size.

While most photographers prefer to keep their finest work in DNG lossless format, or to retain the originals, it is nice to have an easier alternative. This allows raw files to be saved in DNG format, without the need for extra drives or a monthly subscription.

Are There Any Downsides When Using DNG?

There might be cases where it’s not possible to convert a RAW image into a DNG file. It is possible for apps to take several months to update to the DNG file format after a RAW file has been launched by a manufacturer.

The DNG specification is updated regularly to meet the evolving needs of digital imaging. Whether this happens quickly enough or not is subjective. Recently, there has been some discussion of whether a new type of compression should be considered for lossy DNG files, such as HEIC instead of the older JPEG compression.

Instead of converting a camera’s photographs to DNG format, it’s easier to store files in whatever RAW format a camera supports natively. Whether that’s Canon’s CR3, Nikon’s NEF, Sony’s ARW, or some other RAW file type, this will guarantee full quality and ease with the manufacturer’s software. A DNG file might work better for compatibility with third party software.

The native RAW file takes up more space than lossless DNG files and is rarely as compressed or high-quality as lossy DNG. While a smaller manufacturer could discontinue its proprietary format, Adobe will continue to support DNG files for the foreseeable future and the format has widespread adoption by other apps and operating systems.

TIFF is another format that can be used to save photos, but it isn’t quite as fast as DNG. Both DNG and TIFF are owned by Adobe, the latter developed for desktop publishing in the 1980s. Since DNG is Adobe’s newer format and was created with photography in mind, it is likely to be a better choice for storing photos. JPEG, HEIC and JPEG are all compressed formats that can be used to decrease file sizes while still maintaining visual fidelity. Both formats can create high-quality images. However, editing or zooming into these files will show the compromises that were made in order to save storage space. If you need to preserve photographs that may be edited or modified in the future, lossy DNG might be a better option.

Which Camera Brands Can Capture in DNG Format?

Google’s Android operating system supports DNG for RAW photographs taken with a smartphone, and many Android camera apps support this feature. Each manufacturer has its own RAW image variations that include AI processing. Samsung’s Expert RAW and Apple’s iPhone ProRAW push the limits of smartphone photography and save in DNG format.

Leica, Hasselblad, and Pentax are full-fledged DSLR manufacturers that make cameras that can capture photographs and save them directly in DNG format. That means RAW files from these cameras don’t require any special processing and avoid the extra step of conversion to DNG if that is the preferred archival format.

That said, converting RAW images into DNG files is very fast and can be done individually or in a batch process with Adobe’s Digital Negative Converter app, which is free.

It’s clear that the DNG format is here to stay for many years and is a reliable way to store RAW photos in the best quality while leaving the door open to future editing. Keeping the best images as close as possible to the source material allows greater flexibility for editing.

With the amazing advances in computational photography it may be possible to save once-in-a lifetime photographs with some flaws using the artificial intelligence technology still to come. DNGs preserve image integrity and allow future editing. They also increase compatibility and save storage space. That’s why it’s such a popular and widely used file format.