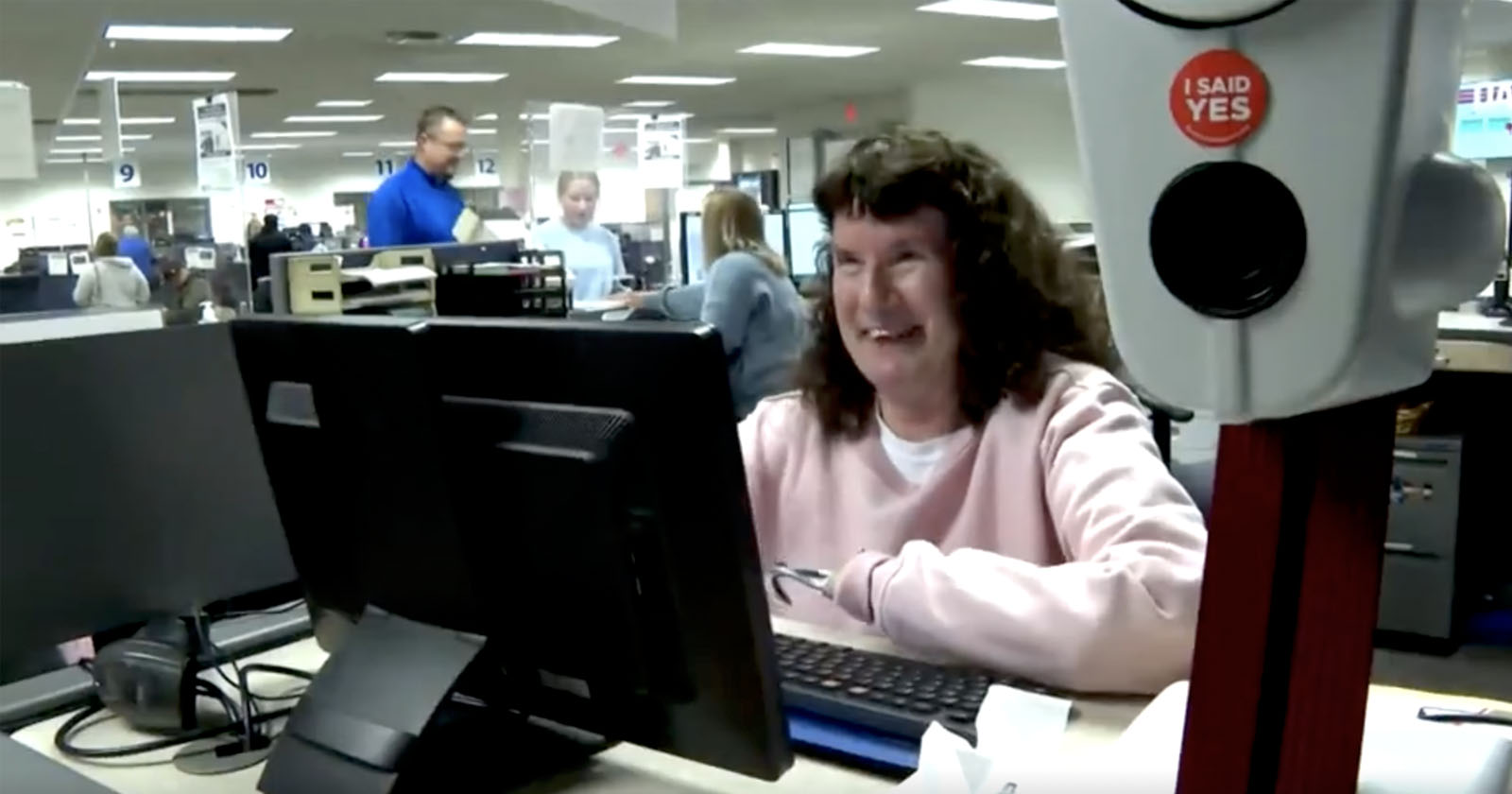 In fact, Ziemet’s friendly nature makes it much more pleasant than the frustrating experience many Americans have to go to the DMV.

Ziemet has worked at the DMV in Madison, Wisconsin since 1987 and has sculpted the process to as perfect as can be, including taking the photos.

Starting in the mail rooms, Ziemet moved on to working the phones before he became “chief photographer” 16 and a half years ago.

“I generally ask people to look down a little bit and then look up at the camera and that seems to work out best,” Ziemet tells CBS.

“It is something I have learned over time that we get better pictures that way.”

“I try to make the experience as comfortable as possible because it is important that I make people feel welcome when I come in.

Ziemet is believed to have taken over half a million driver’s license photos over the past 16 years, any new license holders in Madison, Wisconsin during that time likely had their photo taken by him.

“I meet so many people that I could not possibly meet without having a job like this,” he adds.

Ziemet tries to make it more pleasant for everyone by trying to reduce wait times.

“We generally get finished with people within 20 minutes,” he explains. He says, “In 20 minutes people will have their photo taken and are done.”

Ziemet believes that smiling is a powerful tool.

“Smiling here is not mandatory but we strongly encourage it. He says that many people think that they are not permitted to smile when they come into the office.

People take better photos when they smile, although there are some who look better with serious faces.”

Ziemet’s operation was better than the Tennessee DMV which printed a photograph of an empty seat on a woman’s license. However, it is not as meticulous as Khloe Kardashian, who brought her own lighting equipment to the DMV.