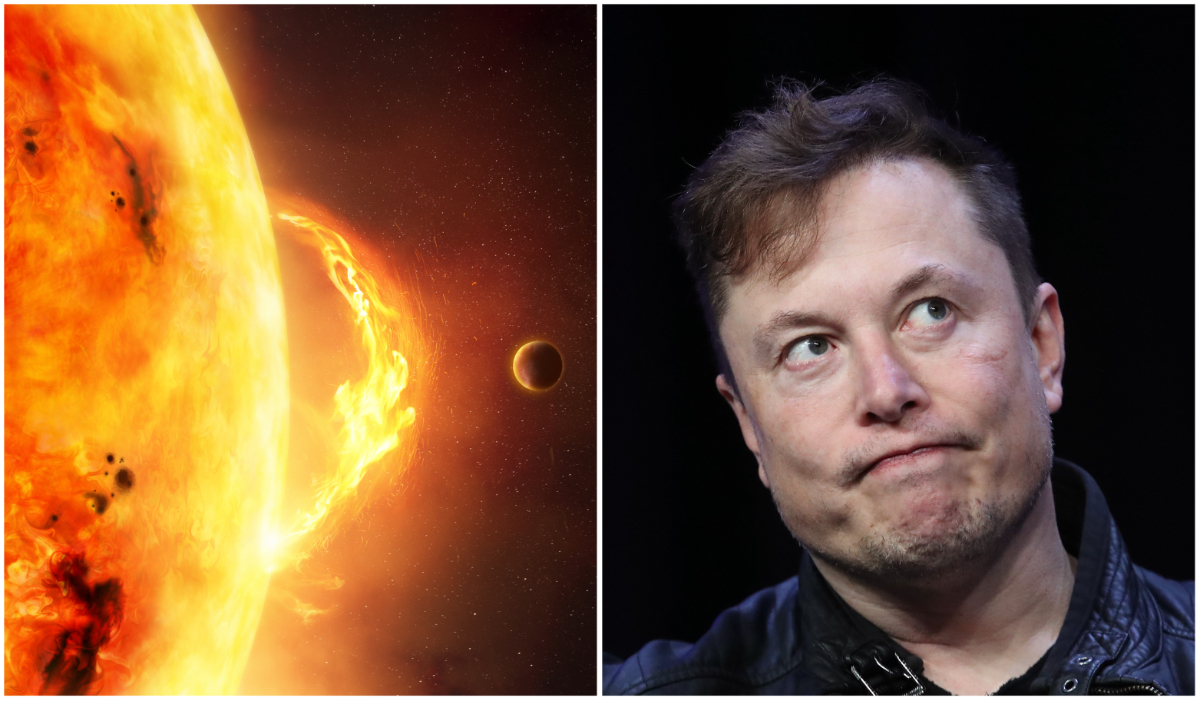 Nearly 40 of Elon Musk‘s Starlink satellites were knocked out of space and destroyed by a solar “destruction event” in February, highlighting the potentially damaging effects of space weather on current and future technology.

On February 3, rocket company SpaceX launched 49 of its internet-beaming Starlink satellites into orbit from the Kennedy Space Center in Florida.

It was a regular occurrence for the company, which sends up a fresh batch of dozens of new satellites on a weekly basis as part of its plans to build a giant satellite internet network.

However, the launch was doomed to fail. Around the same moment, an eruption on the sun’s surface caused a tsunami of solar radiation and energetic particles to wash over the planet.

These solar eruptions such as coronal mass and/or solar flares (CMEs) are also known as space weather and can have all sorts of effects both on the planet’s atmosphere as well as modern technology such as power grid interference and radio signal disruption.

When this solar material reached Earth, it heated up our planet’s atmosphere, raising the density of the minute amounts of air at an altitude of 130 miles where the Starlink satellites had been sent. Once deployed, it was planned for the satellites’ onboard thrusters (to raise their altitudes to the desired orbits by a few hundred miles).

However, they weren’t able to do so in time, and 38 of the Starlink satellites sank lower and lower as they pushed through the thickening residual atmosphere, before burning up at thousands of miles per hour.

A study into the incident published in August by researchers in China and the U.S. found that the economic loss to SpaceX from the storm would have been “several tens of millions of dollars.”

Despite the financial hit, SpaceX likely won’t have been set back much by the loss of 38 Starlink satellites, with more than 3,000 of them in orbit. The incident demonstrated SpaceX’s orbital strategy. It released the satellites from a low altitude so they can be destroyed quickly in the atmosphere if necessary.

Yet SpaceX is something of an outlier in the space industry, where most satellite operators oversee networks with only a fraction of the number SpaceX has. Other companies could be devastated if a satellite is lost during launch.

This is particularly relevant now as the sun is ramping up its activity as part of its roughly 11-year solar cycle. This cycle determines how often it will launch explosions of energy at Earth, and it’s set to peak in the summer of 2025.

It’s not just objects in space that may be affected by space-weather events. Researchers have also warned that the electromagnetic interference from solar eruptions could end up messing with signals on train lines–a phenomenon that has already been “well-documented,” an expert told Newsweek in July. It could lead to delays, or worse yet, a serious accident.

The Starlink incident, meanwhile, “illustrates the complexity and difficulty of space weather prediction, and also indicates that even small storms might induce severe astronautic and financial consequences,” the August study says.

“Due to the existence of Earth’s upper atmosphere, a large number of satellites and space debris operating between 100 and 600 km [62 to 373 mile) altitude are significantly affected by space weather via atmospheric drag.”

The researchers said there are “urgent requirements” to understand better the effects of space weather on the atmosphere due to the “ever-increasing amount of space objects” present in orbit.

The study, Unveiling the Space Weather During the Starlink Satellites Destruction Event on 4 February 2022, was published in the journal Space Weather on August 6.