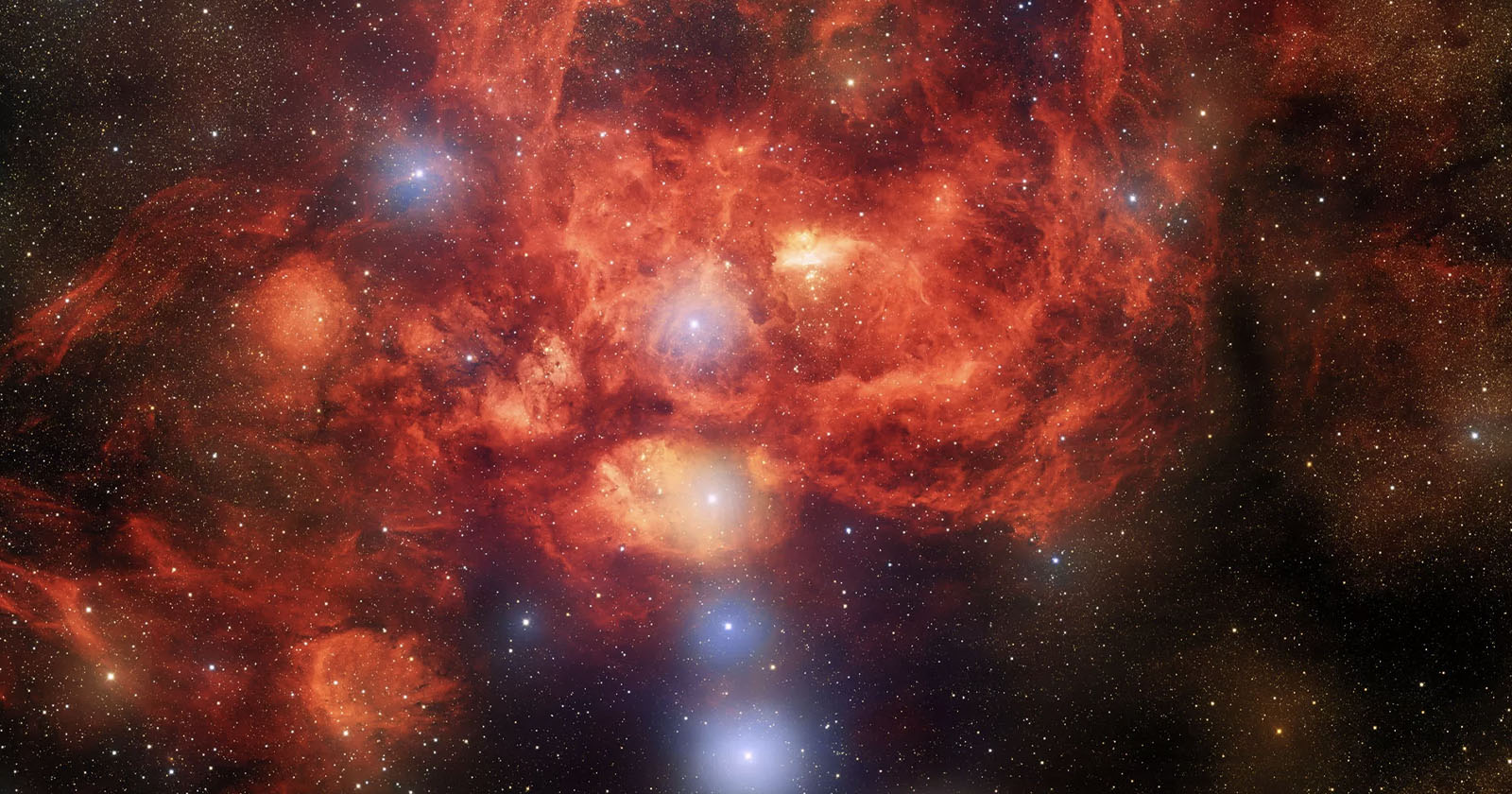 A camera designed to unlock the secrets of dark energy has captured a beautiful, 570-megapixel image of a remote star-forming region dubbed the Lobster Nebula.

The Dark Energy Camera (DECam) located at the Victor M. Blanco Telescope at Cerro Tololo Inter-American Observatory in Chile is part of a project that is attempting to prove theories on dark energy.

The DECam pictured the region, formally known as NGC 6357, that is 8,000 light-years from Earth. One light-year is 5. 8 trillion miles.

Located in the constellation Scorpius, the Lobster Nebula image contains bright dots that are actually small, fledgling stars that are still wrapped in dust and gas that have not fully emerged yet.

These newborn protostars are still wrapped in cocoons of star-forming materials that include dense cores of gas and dust that will eventually become fully-formed stars.

Unveiled at the DECam at 10 Years: Looking Back, Looking Forward conference, the photo marks 10 years of the DECam and shows off its image-making capability as well as helping astronomers to study the fundamental properties of the Universe.

To create the image, DECam employed a range of new narrowband filters to isolate specific wavelengths. The camera can use this information to determine the physics and chemistry of distant objects.

For the photograph’s color, the Lobster Nebula was observed multiple times with different filters. Each photo captures light waves within a particular range. The corresponding colors are assigned to the images. The images are then stacked on top of one another to create a composite that closely approximates what objects might look like if they were much brighter.

The DECam uses one of the world’s best charged-couple device (CCD) to capture incredibly faint sources of light and is capable of delivering 400 to 500 images per night. The DECam is an instrument that was created for Dark Energy Survey, which measures the Universe’s expansion. It works in collaboration with many research institutes from different countries.

Image credits: All photos by CTIO/NOIRLab/DOE/NSF/AURA