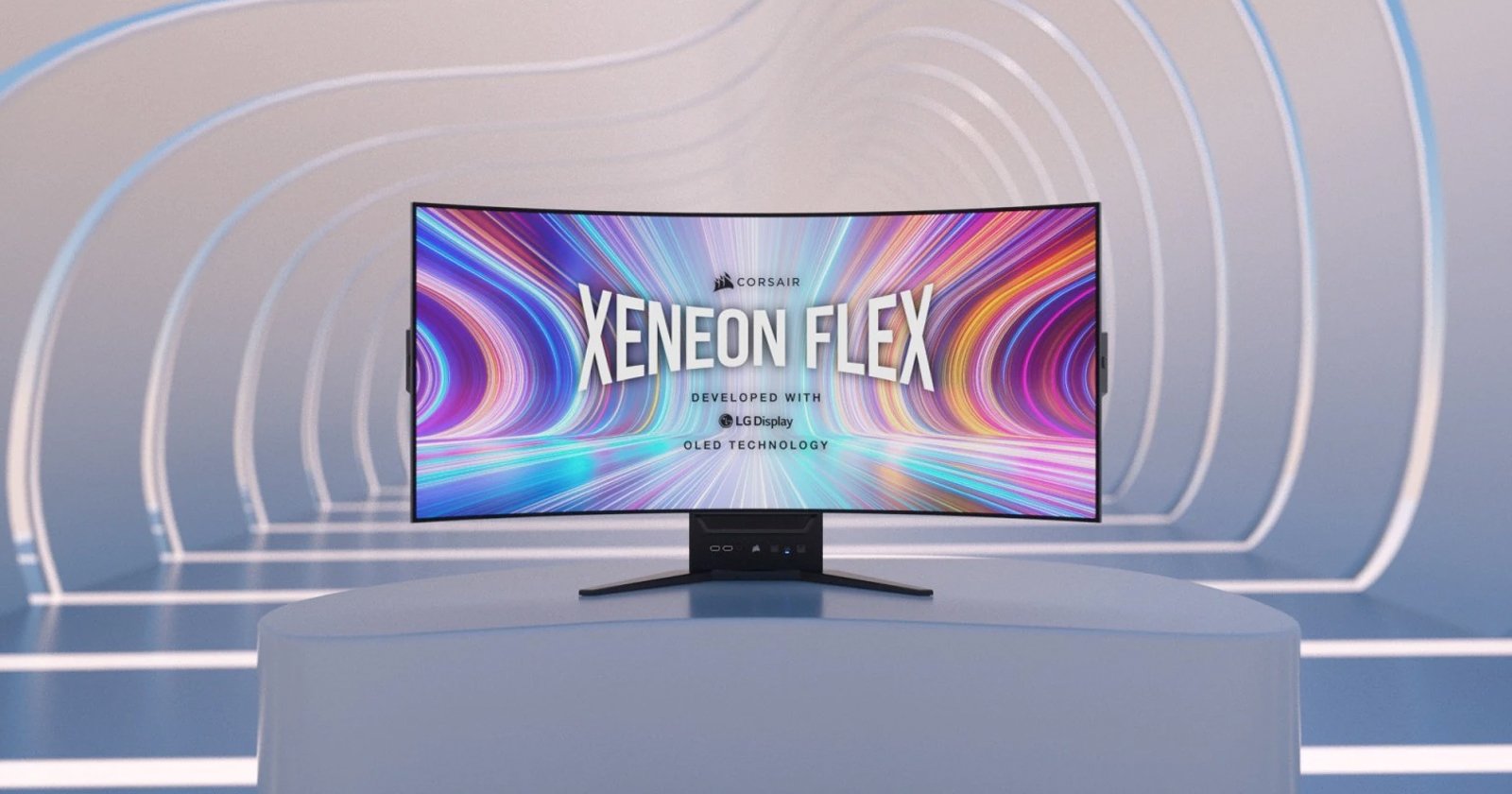 Corsair’s new monitor is made for the indecisive. The Xeneon Flex (model 45WQHD240) is a 1440p OLED monitor that can switch between a flat and curved display.

The monitor, which was a collaboration with LG Display, boasts a whopping 45 inches of screen space with a 21:9 aspect ratio and 3,440 x 1,440 resolution. Corsair says this offers 20% more screen area than a comparable ultrawide display at 49 inches. The Xeneon Flex also offers an anti-reflective coating and “Low Blue Light technology,” meant to reduce eye strain.

Adding to its gaming capabilities, The Xeneon Flex has a 240Hz refresh rate, self-lit pixels, and Nvidia G-sync, all of which Corsair says contribute to nearly eliminating motion blur and rendering faithful images.

Corsair is also claiming the monitor can deliver a peak brightness of up to 1,000 nits with a 1,350,000:1 contrast ratio. That level of brightness is unheard of in OLED panels because running that much power through the organic pixels will quickly result in them wearing out, what is colloquially known as “burn-in.” Even with the promise of anti-burn-in technology, it seems unlikely that it will last the promised three years if operated at maximum brightness with any consistency. Other LG OLEDs like those found on the C1 television have shown signs of burn-in less than a year after use, and those don’t get nearly as bright.

The company hasn’t made any mention of color accuracy, but OLED panels tend to be very color accurate, even when pushed to the high refresh rates promised here. It’s likely that this panel is identical to the one in LG’s recently-announced OLED curved, given its size and partnership with LG. This puts more scrutiny on Corsairs claims about brightness.

“With the help of LG Display, Xeneon OLED Flex is the beginning of a whole new class of gaming monitor, with the performance and literal flexibility to exceed the needs of even the most discerning gamers,” Dennis Jackson, Corsair’s senior director of systems product management and marketing, says.

The monitor is “launching soon,” according to Corsair’s website, but interested parties can offer up their email address for updates if they’re itching to know more as soon as possible.

Also missing is any more on how much this thing costs. It’s also not Vesa-compatible, so you’ll have to use the included stand rather than the much preferred more universal mount, according to DPReview, which points out that the stand is quite large. Corsair says more information on the monitor’s availability will come later this year. 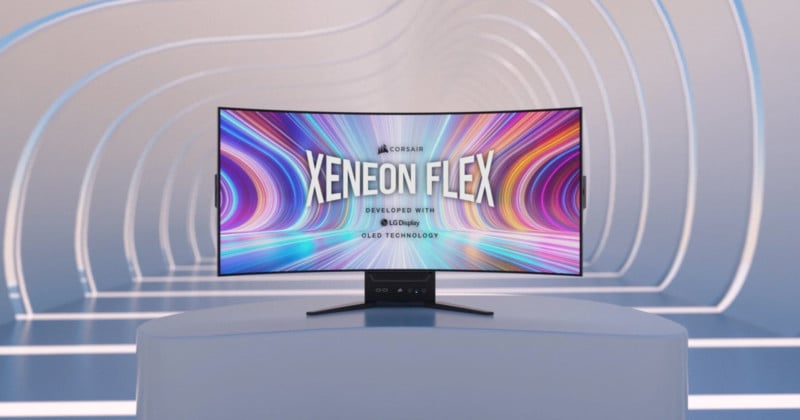 Corsair is known for its gaming peripherals, so a curved monitor — often used by said gamers — isn’t surprising. The ability to toggle back and forth is a bigger trend in gaming PCs: it acknowledges that gamers can also be people. Increasingly, the black with neon accents are sharing the space with white and silver laptops and accessories, offering options that might feel more at home, in class, or in the office. Look no further than Alienware, which arguably created the “gamer” PC aesthetic and its design overhaul from a few years back.

Originally it was smartphones, but now they are bending monitors. The only question is whether the trend will eventually snap.