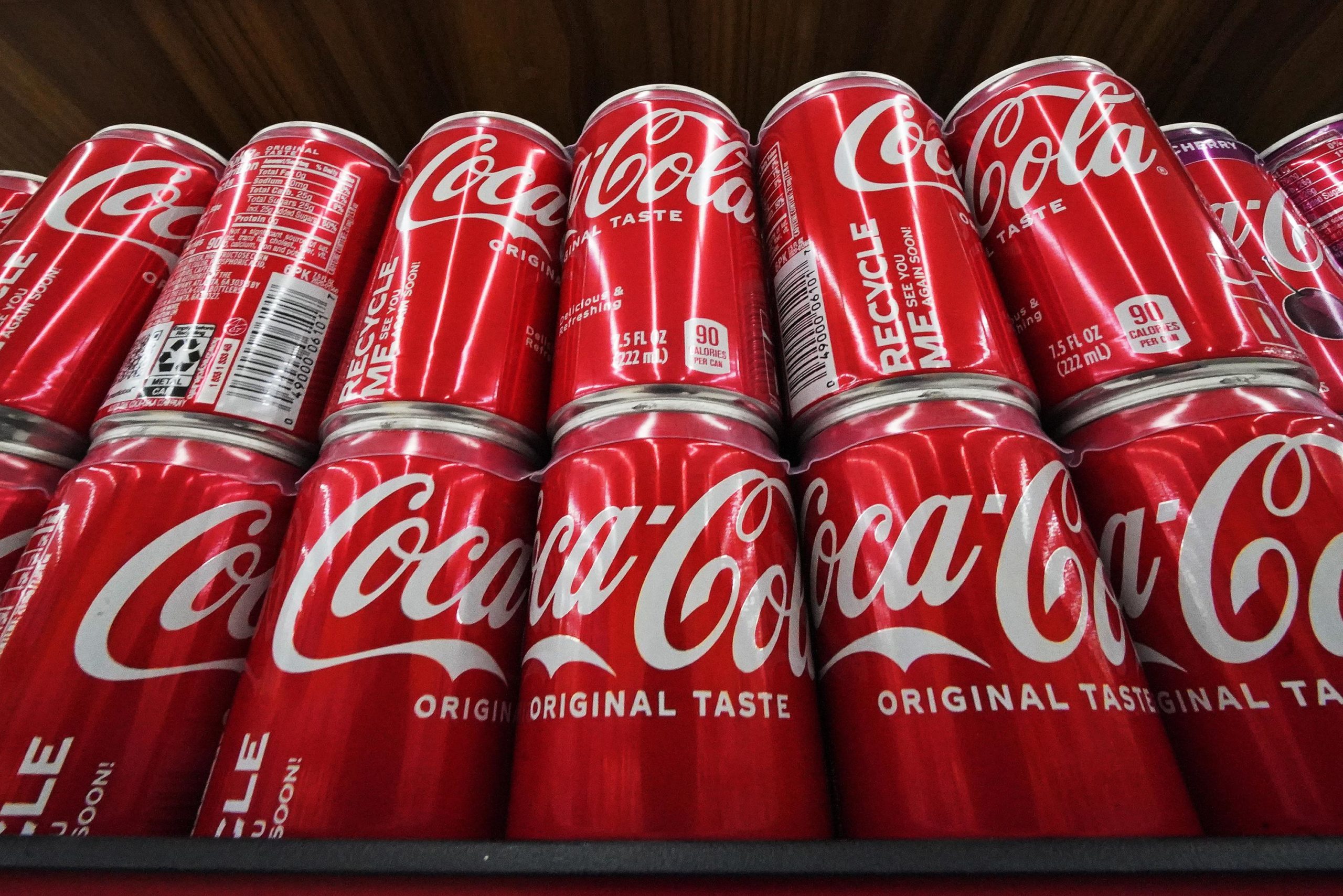 LONDON — This year’s United Nations climate summit is brought to you by Coke.

The COP27 negotiations aimed at limiting global temperature increases are set to kick off next month in the Red Sea resort town of Sharm el-Sheikh. When they announced their sponsorship deal , the Egyptian organizers highlighted Coca-Cola’s efforts to lower greenhouse gas emissions. This was immediately met with outrage via social media.

Activists slammed the company for its outsized role contributing to plastic pollution and pointed to the deal as an example of corporate “greenwash” — exaggerating climate credentials to mask polluting behaviors. An online petition calling for Coke to be removed as a sponsor has garnered more than 228,000 signatures, while hundreds of civil society groups signed an open letter demanding polluting companies be banned from bankrolling or being involved in climate talks.

Coca-Cola said its participation underscores its ambitious plans to cut its emissions and clean up plastic ocean trash.

Critics say that corporate participation is against the spirit and purpose of these meetings where thousands gather from all over the globe to reach global agreements to combat climate change. This year, the focus is on how to implement promises made at previous conferences, according to the Egyptian presidency.

At COP meetings, “the corporate presence is huge, of course, and it’s a slick marketing campaign for them,” said Bobby Banerjee, a management professor at City University of London’s Bayes Business School, who has attended three times since 2011.

Over time, meetings have become more like trade fairs. Big corporations, startups, and industry organizations set up pavilions or stalls to lobby and simlom — proving that a greater number of companies are keen to get involved with the event and see potential commercial opportunities.

IBM, Microsoft, Boston Consulting Group and Vodafone also have signed up as sponsors or partners but have drawn less flak for their participation than Coca-Cola.

The United Nations Climate Change Press Office referred media inquires to the organizers and said that it was between Egypt’s company. The Egyptian presidency didn’t respond to email requests for comment. U.N. Climate Change’s website says it “seeks to engage in mutually beneficial partnerships with non-Party stakeholders.”

Georgia Elliott-Smith, a sustainability consultant and environmental activist who set up the online petition, said she’s calling on the U.N. “to stop accepting corporate sponsorship for these events, which simply isn’t necessary, and stop enabling these major polluters to greenwash their brands, piggybacking on these really critical climate talks.”

Environmental groups slammed the decision to let Coca-Cola be a sponsor, saying it’s one of the world’s biggest plastic producers and top polluters. The environmental groups criticized the decision to allow Coca-Cola as a sponsor, claiming that petroleum plastics emit carbon dioxide. Many single-use bottles end up in the oceans, or being incinerated adding further carbon emission.

In a statement, Coca-Cola said it shares “the goal of eliminating waste from the ocean” and appreciates “efforts to raise awareness about this challenge.” Packaging accounts for about a third of Coke’s carbon footprint, and the company said it has “ambitious goals,” including helping collect a bottle or can for every one it sells, regardless of maker, by 2030.

Coca-Cola said it will partner with other businesses, civil society organizations and governments “to support cooperative action” on plastic waste and noted that it signed joint statements in 2020 and 2022 urging U.N. member states to adopt a global treaty to tackle the problem “through a holistic, circular economy approach.”

“Our support for COP27 is in line with our science-based target to reduce absolute carbon emissions 25% by 2030, and our ambition for net zero carbon emissions by 2050,” the company said by email. Experts believe that sponsorships obscure a larger problem: the influence of fossil fuel corporations in negotiations.

” The real deals take place indoors. At the first one he attended — COP17 in Durban, South Africa, in 2011 — he tried to get into a session on carbon emissions in the mining industry, a topic he was researching.

” But guess what? I was turned away by them and no one comes into the room for discussion, or to help develop global climate policies. CEOs of Rio Tinto, Shell, BP, followed by the ministers,” Banerjee said, adding that a Greenpeace member behind him was also blocked. “This group of people — mining companies and politicians — are deciding on carbon emissions.”

Elliott-Smith, the environmental activist, attended last year’s COP26 in Glasgow, Scotland, as a legal observer to the negotiations. While she’s not naive about corporate-political lobbying, she was “really shocked at the amount of corporates attending the conference, (and) of the open participation between CEOs and climate negotiating delegations in these conversations.”

In Glasgow, retailers, tech companies and consumer goods brands were signed up as partners, but fossil fuel companies were reportedly banned by the British organizers. Still, more than 500 lobbyists linked to the industry attended, according to researchers from a group of NGOs who combed through the official accreditation list.

This year, oil and gas companies might feel more welcome because Egypt is expected to spotlight the region and attract a big contingent from Middle Eastern and North African countries, whose economies and government revenue depend on pumping oil and gas.

Ahead of the meeting, U.N. human rights experts and international rights groups criticized the Egyptian government’s human rights track record, accusing authorities of covering up a decade of violations, including a clampdown on dissent, mass incarcerations and rollback of personal freedoms, in an attempt to burnish its international image. The country’s foreign minister told The Associated Press earlier this year that there would be space for protests.

Against this background, it will be easier to silence, censor or prohibit attempts by civil society to hold the process responsible for delivering desired outcomes,” Rachel Rose Jackson (director of climate policy and research at Corporate Accountability), said. “It will also make the polluter PR and greenwashing surrounding the talks that much more effective.”

Follow all AP stories on climate change at https://apnews.com/hub/climate-and-environment