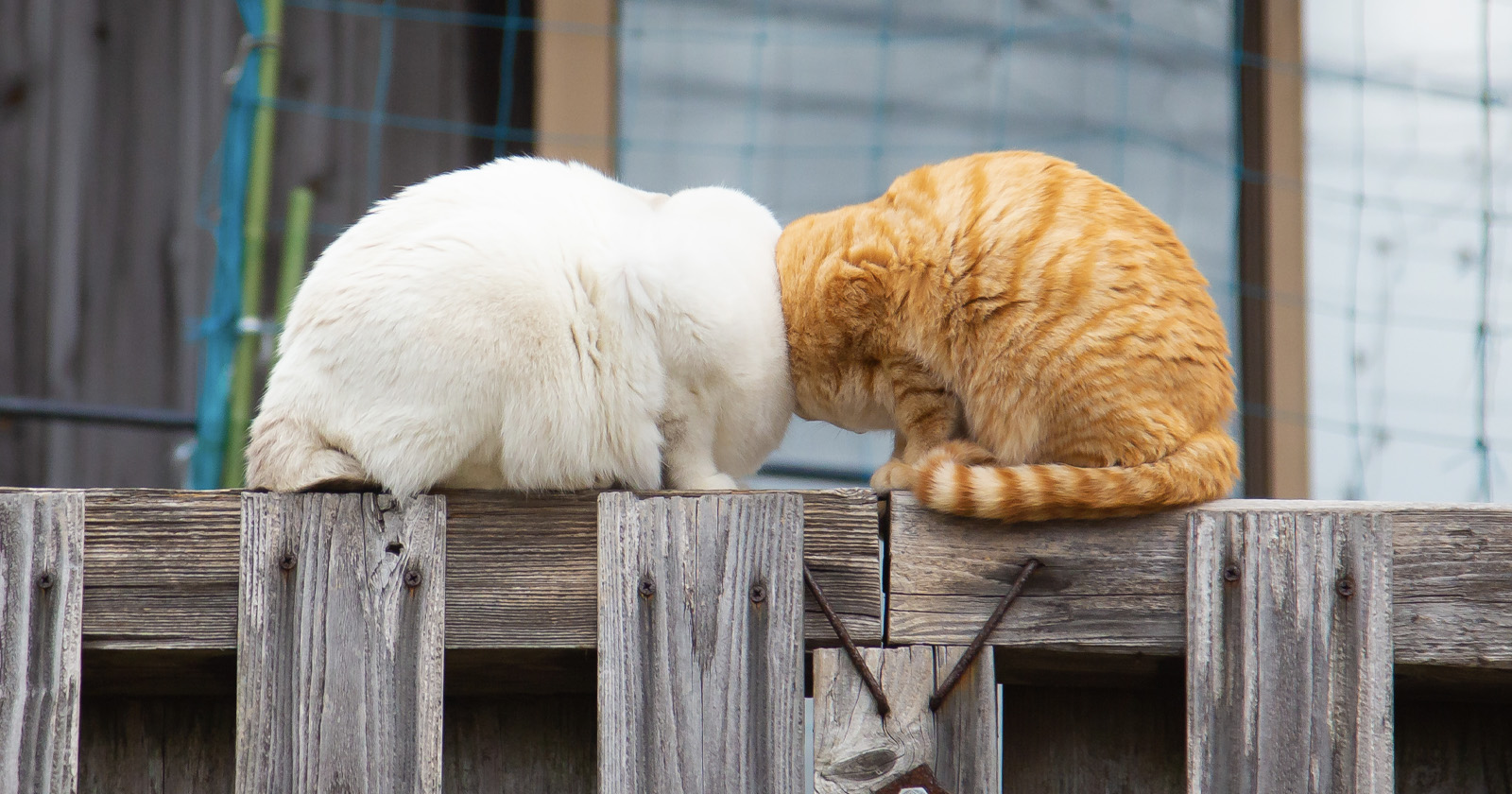 The Comedy Pet Photo Awards has announced the winners of the 2022 competition with top honors going to Kenichi Morinaga with his photo of two cats sitting on a fence that makes them appear as if they are headlessly conjoined.

The competition calls the winning photo Boom! Boom! and depicts a cartoon-like connection of two cats, beat out about 2,000 other entries to take the top prize, some of which were shown in the list of finalists published in July. Morinaga, from Japan, says he enjoys visiting the small islands around his country and taking photos of the street cats he finds there.

“Suddenly, I became fascinated by the antics of cats out in the streets and had to photograph them” he says. “When I returned to Japan, I continued to seek them out, they really cheer me up, especially after the last two years of the pandemic — they are so funny, even when they are doing something serious. This amazing competition reminded me that such gestures from all animals are recognized as being hilarious, cute, and heart-warming not only in Japan but all over the world.”

Morinaga, whose photo was also picked as the winner of the Best Cat photo category, took home the PS2,000 cash prize, plus a PS5,000 donation from Animal Friends Pet Insurance that goes to an animal welfare or conservation charity of his choice. He said that he made his donation to The Cat Welfare Group ,, an organization that helps stray cats and their owners.

The Comedy Pet Photo Awards says that judging this year was the closest it has ever seen, with just 10 points separating the top six places and seven different countries were represented in the Category Winners, which are listed below.

All the winners as well as a list of highly commended finalists can be seen on the Comedy Pet Photo Awards website.