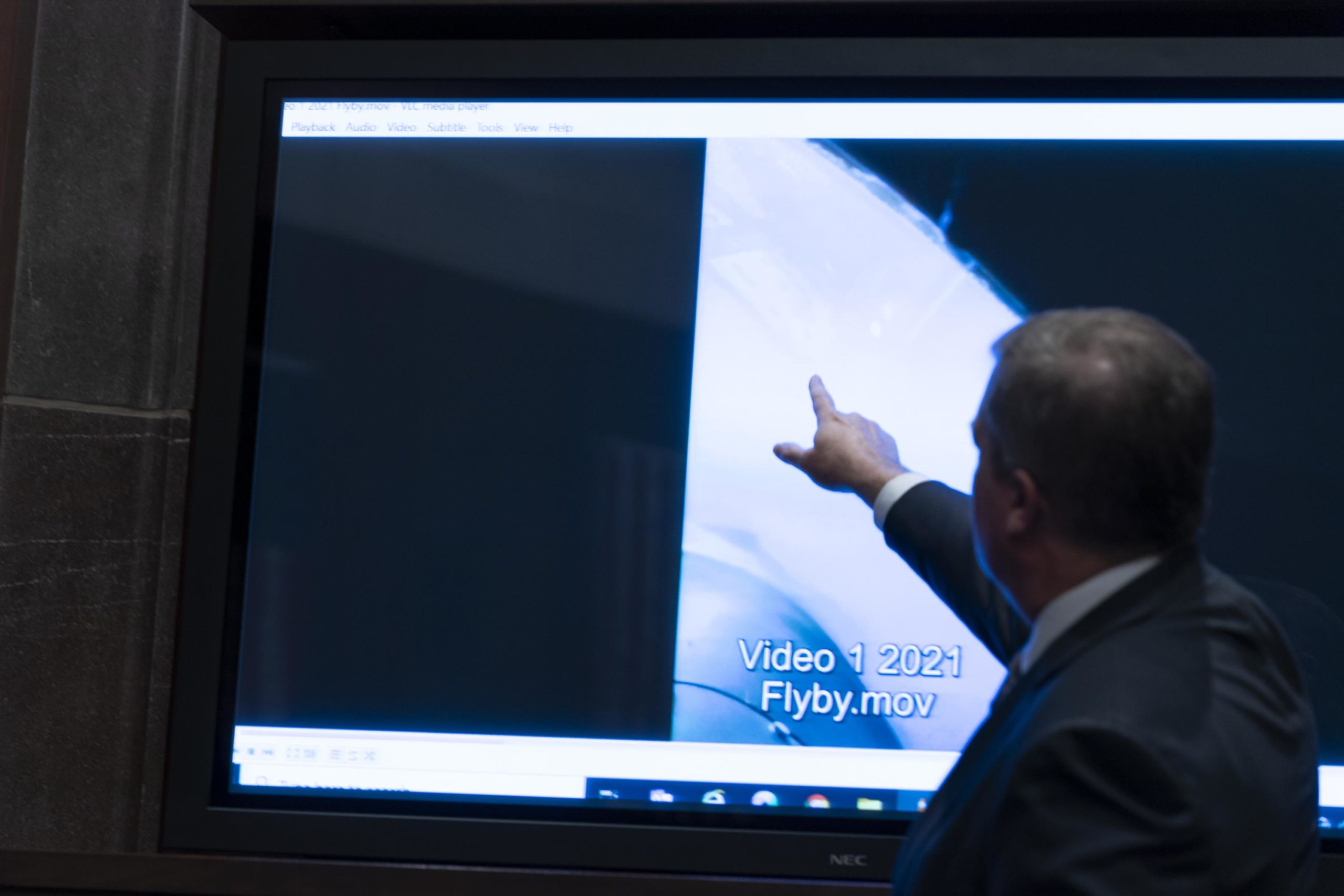 WASHINGTON — Congress held its first hearing in half a century Tuesday on unidentified flying objects. And no, there is still no government confirmation of extraterrestrial life.

Testifying before a House Intelligence subcommittee, Pentagon officials did not disclose additional information from their ongoing investigation of hundreds of unexplained sightings in the sky. But they said they had picked a director for a new task force to coordinate data collection efforts on what the government has officially labeled “unidentified aerial phenomena.”

Ronald Moultrie, the undersecretary of defense for intelligence, said the Pentagon was also trying to destigmatize the issue and encourage pilots and other military personnel to report anything unusual they see.

” We want to see what is out there, just as much as we want to see what’s there,” Moultrie said to lawmakers. He also mentioned that he enjoys science fiction. “We get the questions not just from you. We get it from family and we get them night and day.”

Lawmakers from both parties say UFOs are a national security concern. Sightings of what appear to be aircraft flying without discernible means of propulsion have been reported near military bases and coastlines, raising the prospect that witnesses have spotted undiscovered or secret Chinese or Russian technology.

But the sightings are usually fleeting. Some appear for no more than an instant on camera — and then sometimes end up distorted by the camera lens. The U.S. government is believed to hold additional technical information on the sightings that it has not disclosed publicly.

An interim report that was released last year listed sightings of other aircraft and devices flying at strange speeds or following unusual trajectories. In all but one of the sightings investigated, there was too little information for investigators to even broadly characterize the nature of the incident. A top Pentagon official demonstrated Tuesday the difficulty. Scott Bray, deputy director of naval intelligence, stood next to a television to show a short video taken from an F-18 military plane. This video depicts a blue sky and passing clouds. In a single frame — which it took several minutes for staff in the room to queue up — there is an image of one balloon-like shape.

“As you can see, finding UAP is harder than you may think,” Bray said, using the acronym for “unidentified aerial phenomena.”

Rep. Andre Carson, an Indiana Democrat who chaired the hearing, called on investigators to show they “are willing to follow the facts where they lead.”

Rep. Rick Crawford, an Arkansas Republican, noted that the investigations were not “about finding alien spacecraft but about delivering dominant intelligence.”

“The inability to understand objects in our sensitive operating areas is tantamount to intelligence failure that we certainly want to avoid,” he said.

The post Congress dives into UFOs, but no signs of extraterrestrials appeared first on Associated Press.