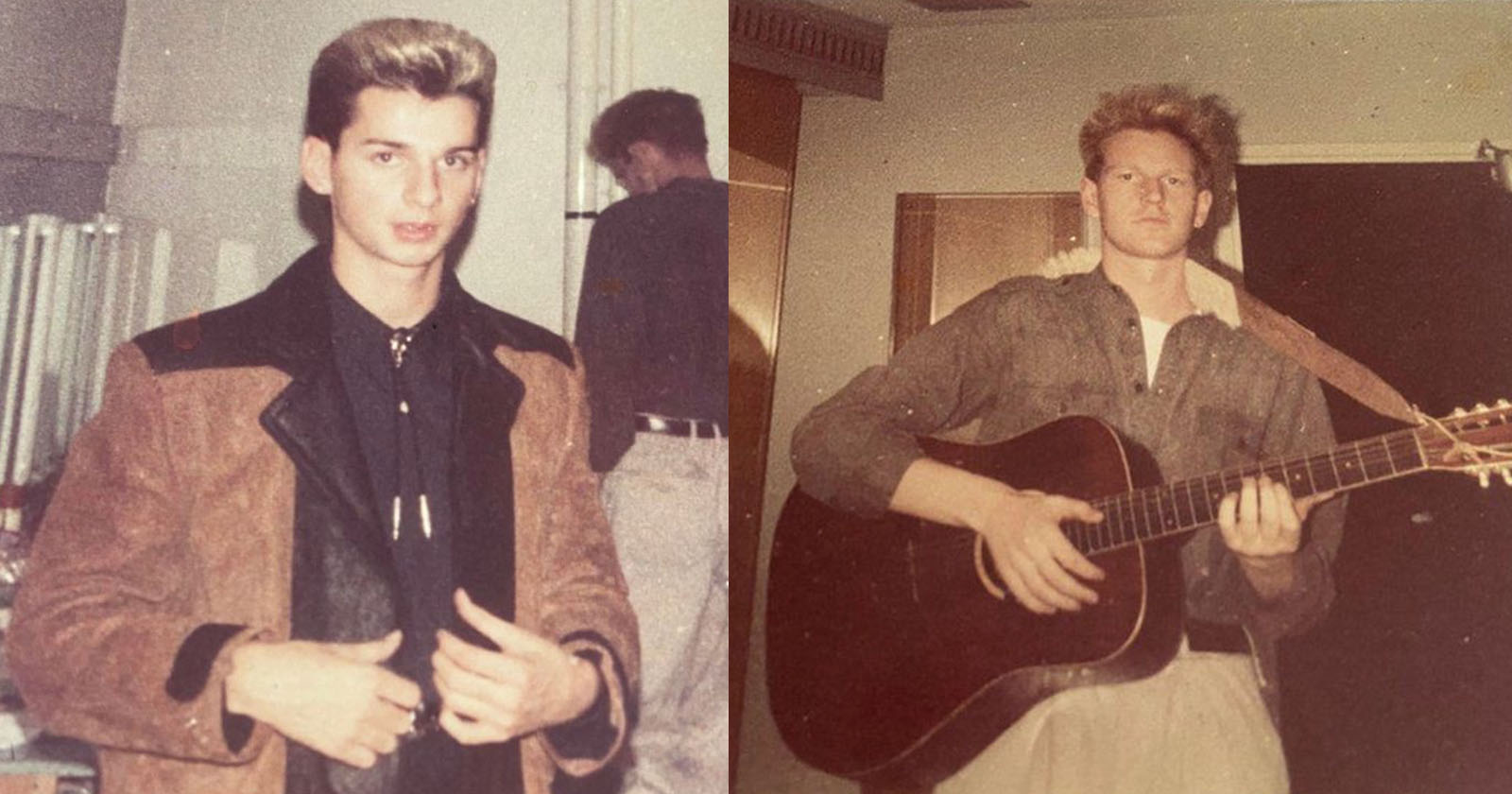 These candid photos of Depeche Mode are from the band, who sent them to one fan after Brian McDonnell had seen their show and brought a roll film.

In the 1980s, music fans weren’t allowed to bring cameras to a gig, so when Depeche Mode fan Brian McDonnell attended the band’s concert he came up with the brilliant idea of throwing a roll of film on stage with a note attached asking if they would send photos back to him.

Brian, who attended the English electronic band’s concert in Belfast, Northern Ireland, in 1983, received a unique set of photos in the post showing the band larking around and they have only just been posted online by his widow Anne McDonnell Lawrence.

When @depechemode played Belfast in 1983, a young fan called Brian McDonnell, unable to bring a camera into the Ulster Hall, threw a roll of film with his name and address on it onto the stage and let DM take the pictures. These were the pictures that Brian received back from Depeche Mode. pic.twitter.com/wAeAxuAcUY

Brian, who died 20 years ago age 37 after suffering a heart attack, was a lifelong Depeche Mode fan and his sister told BBC News that they were his “favorite.”

” All I can remember him saying was that he went to the concert with a film camera and had taken it along. He asked for photos from them and then wrapped his address and name around it.

Depeche Mode was founded in 1980 and was made up of David Gahan, Martin Gore, Andy Fletcher, and Vince Clarke. The band’s most well-known tracks are Enjoy the Silence, Just Can’t Get Enough, and Personal Jesus.

Brian’s widow Anne said that he was “delighted” to receive the photos and proudly showed them off to people. She also said he would love the attention they are getting now.

“It was his anniversary there in August. He was 20 years dead and we were all talking about how 20 years is a long time,” Anne says.