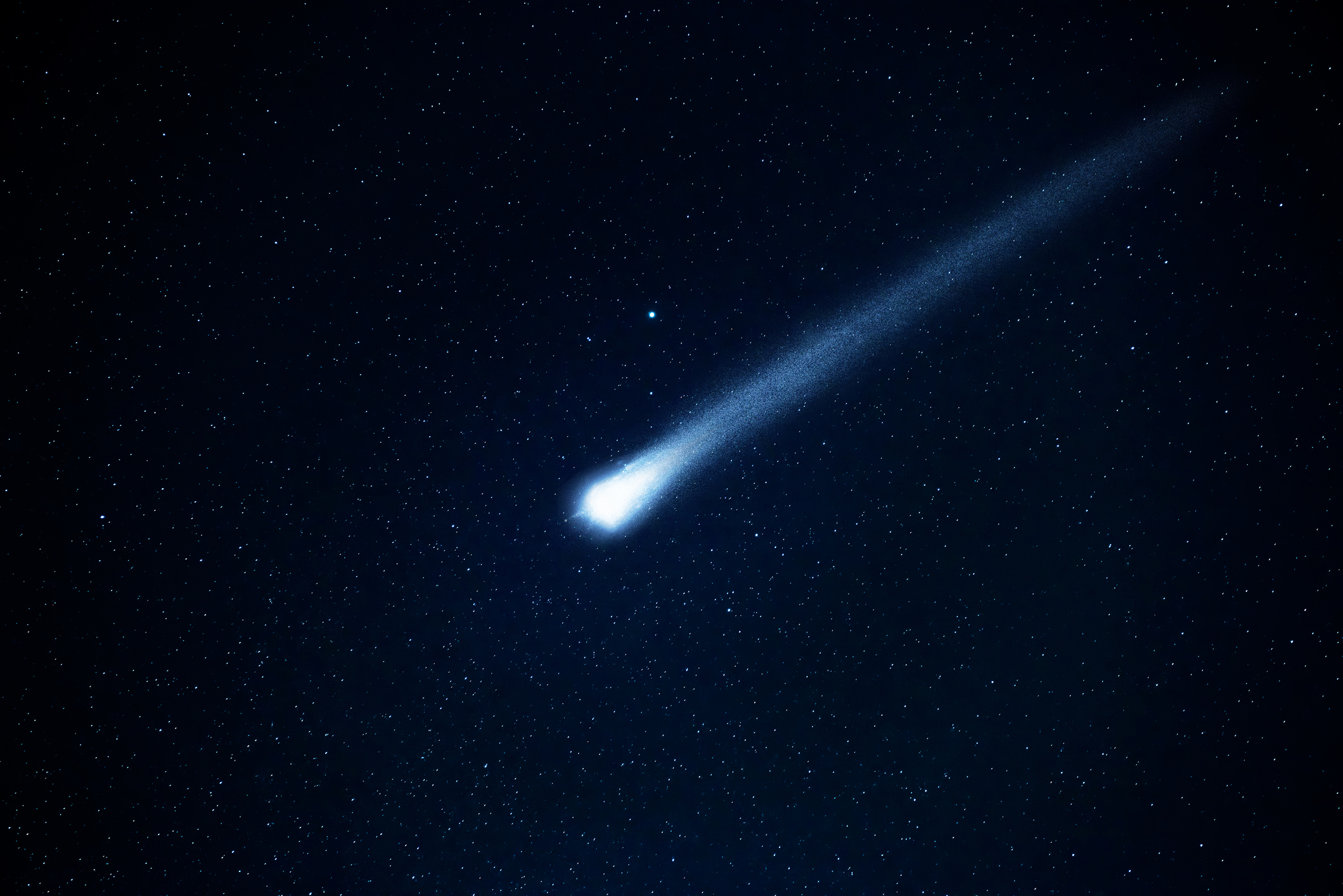 An enormous comet is due to fly past Earth next month, and it should be visible throughout the summer for those with access to a small telescope.

The comet, C/2017 K2, was spotted in 2017 using the Pan-STARRS telescope in Hawaii, followed by a Hubble telescope observation that same year.

The comet was a record-breaker at the time, becoming the farthest active inbound comet ever seen at a distance of 1.5 billion miles from the Sun. It was spotted way out beyond the orbit of Saturn.

Even back then the comet had begun to develop an 80,000 miles-wide tail of dust, also known as its coma, as it approached the Sun. In other words, the comet’s dust cloud was nearly as big as the planet Jupiter.

Five years on, the comet is much closer to us and our star and will glide past Earth in just a few weeks. The comet is due to reach its nearest point to us on July 14, according to space website EarthSky.

The term ‘near’ here is relative, since the comet will still be further away from us than the planet Mars. This means it’s unlikely that the comet will be visible to the naked eye, but a small telescope should spot the large ice ball.

The comet will continue to fly towards the sun throughout this year, reaching its closest point in December.

Scientists are still unsure exactly how big comet C/2017 K2 is, but it’s potentially enormous. Initial observations suggested it may be up to 100 miles wide, though Hubble data puts it at a much more conservative 12 miles wide or less.

In any case, for those with access to a telescope it should be possible to find C/2017 K2 close to the star Cebalrai today, June 21, according to the stargazing software Stellarium.

This software can help give the exact location of objects in the night sky, so it can be checked as and when required.

Comets are essentially cosmic snowballs—chunks of frozen rock, dust, and gas that orbit the sun.

Whenever these icy balls come close to our sun they start to warm up, which causes them to spew dust and gas out into space. This cloud of gas and dust is what gives comets their famous tails.

Comets are relatively rare compared to asteroids or meteors. The current number of known comets is 3,743 according to NASA, while there are tens of thousands of known near-Earth asteroids.

It is even more rare for a comet to be visible with the naked eye. Only a handful, such as comet Hale-Bopp and Comet Hyakutake, hold this distinction.

The post Comet Bigger Than Dinosaur-killing Asteroid to Fly Past Earth appeared first on Newsweek.